Kelly Reichardt: 'I'm Fine With Being a Side B-Er' 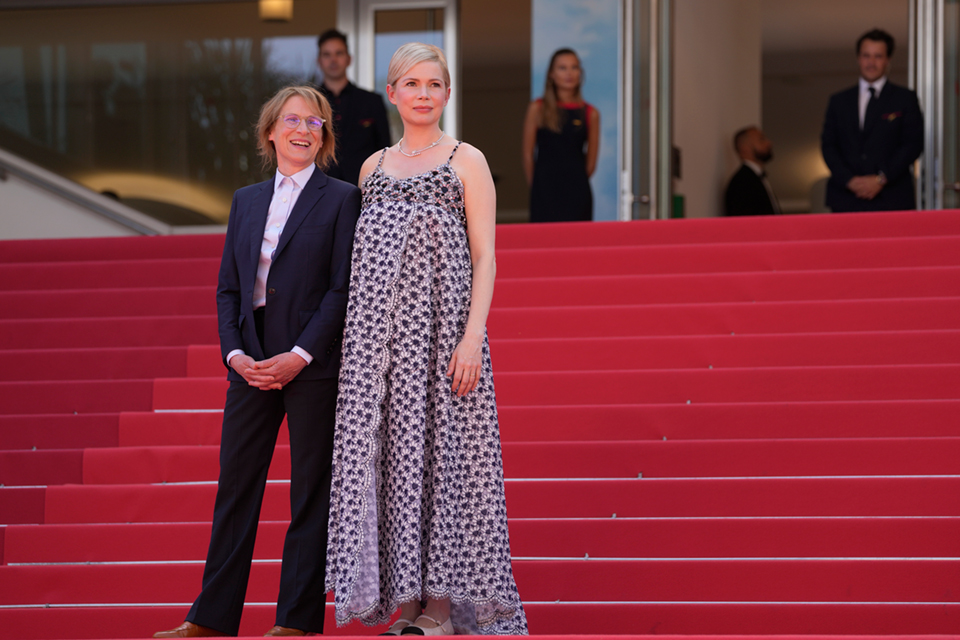 CANNES, France (AP) — The quiet perceptions, everyday troubles and intermittent moments of transcendence that make up Kelly Reichardt's films have always had a rhythm apart from most American movies.

Reichardt's latest, “Showing Up,” which premiered Friday at the Cannes Film Festival, is no exception, but it's also more directly about the compulsions and pains of making modest, hand-crafted art. Michelle Williams plays a Portland, Oregon, ceramics artist of little renown but quiet devotion, trying to prepare a gallery show while things like a distracted landlady (Hong Chau) and an injured bird intrude on her life.

“We were trying to make a film about someone who's caught up in balancing the day-to-day, someone for whom working is like eating, but life has all these other demands of you,” Reichardt, who penned the film with her regular screenwriter, Jonathan Raymond, said in an interview along the beach in Cannes.

How the 58-year-old Reichardt, long a leading American indie filmmaker, has balanced her own career in filmmaking with life's demands has sometimes been a topic of debate. While steadily making movies, Reichardt also teaches film at Bard College. After Williams in a recent article suggested Reichardt has to teach to have health care, Gawker published a piece headlined “Kelly Reichardt Shouldn't Have to Put Up With Bard Students.”

“I cringe at that,” Reichardt said.

"The thing is, I love to teach. The idea of that really bums me out."

I never look at anything but someone sent me that link. I never had the idea that filmmaking was going to sustain me."

“I just always think: I get to go make a film? That’s cool. About someone stealing milk?” said Reichardt, whose sublime 2020 film “First Cow” revolved around a pair of baking friends in 1820s Oregon. “I mean, I get it. Filmmaking is expensive. Then also, in America, we don’t do art for art’s sake. But I feel fortune. I’ve gotten to make a lot of films in the last years. People who are going to make these films are either up for it or they’re not going to get involved. If an A24′s up for making a film about two ceramicists, that’s pretty good.”

“Showing Up," which A24 will distribute in theaters at a not-yet-announced date, is one of the last films premiering at the Cannes Film Festival, which concludes Saturday with an awards ceremony. It's also one of five out of 21 films up for the top Palme d’Or award that was directed by a woman — a typical ratio in Cannes that has often been criticized.

The day before Cannes began last week, “Showing Up” came up in the press conference held by the festival's artistic director, Thierry Fremaux, who was defending Cannes' record with female filmmakers. One journalist, as an example, discussed whether Reichardt's film was “major” or “minor” Reichardt.

It was an ironic exchange given that Reichardt films, where economic inequities often slyly dictate characters' lives, have never catered to traditional dichotomies of status. The stakes in “Showing Up” may be low, but they are, more importantly, whatever they mean to the characters. “A lot of people are creative,” Williams' character says.

“If we’re talking in the context of, like, the hit is on side A, I’m fine with being a side B-er," says Reichardt. “But if it’s in the context of your own work, that’s maybe more discouraging. If you’re already a minor and then you’re a minor of your own minor, I don’t know. One really doesn’t need to spend too much time thinking about these things because the rest of the world will just decide for you.

"You can just do your own thing and let everyone else figure it out.”

And for Reichardt, much of the joy of “Showing Up” was in relying on Portland-based artists to make the pieces seen throughout the film. She shot much of the film in a defunct art school, filling its classroom spaces with artists and art-making.

“It’s community based. These are singular artists making their work but they’re not in a vacuum," Reichardt said while the thumping music of a nearby DJ preparing for the night's party nearly drowned her out. “You could talk about it in terms of filmmaking, too. I’m working with my mates. The kids were making stuff that I would go home at night and work into the script. We were all passing things off and learning. It became a school, basically.”