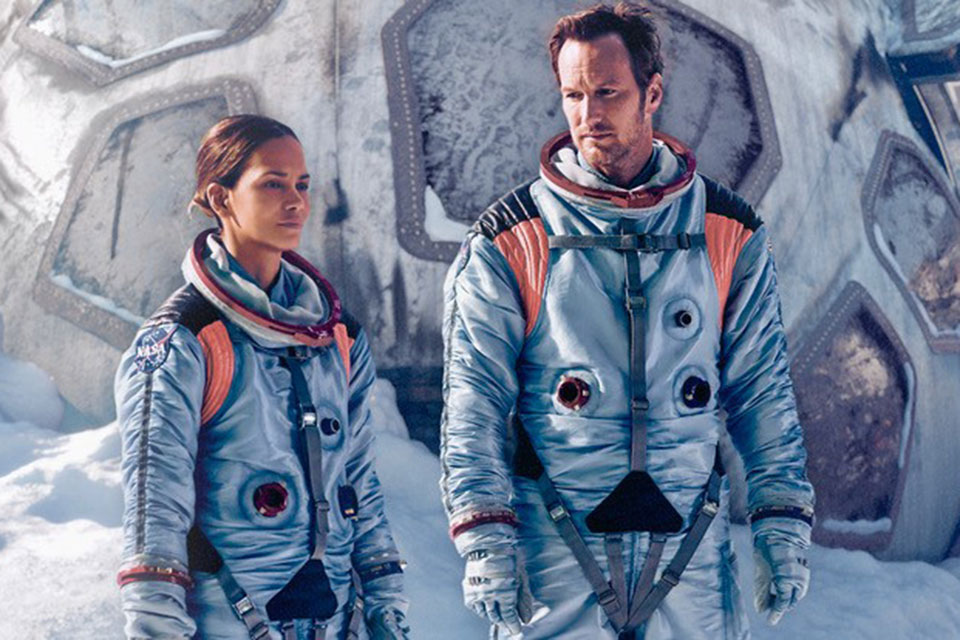 The title spills the beans. In this sci-fi yarn, the filmmakers weren’t happy enough with a natural disaster: the moon hurtling towards earth. They had to add an outrageous AI storyline that makes what could have been a worthy, mildly plausible, catastrophic and action-filled movie a joke.

The idea for this lunar drama is the brainchild of director Roland Emmerich (Independence Day, The Day After Tomorrow), who can produce big-budget disaster films in his sleep. We take the moon/planets for granted and assume they’ll stay put in our solar system forever. But what if that assumption goes askew? The moon on a collision course with earth has built-in apocalyptic implications—plot devices that are the foundations for countless act/adv films. And, in these days of COVID where nations mobilized in global ways, a universal call for action—or-else—could capture the imagination of genre-loving moviegoers.

NASA deputy director Jocinda ‘Jo’ Fowler (Halle Berry, Monster’s Ball) and astronaut Brian Harper (Patrick Wilson, Aquaman, Midway) were once on an outer space mission in 2011. An incident, where some mysterious force enveloped them, caused a crew member to die. Harper was blamed for the death and booted from NASA. Fowler kept her job and was promoted.

Years later, in 2021, the moon seems to be off course and descending. The first to spot the danger is a pudgy, outcast space nerd, KC Houseman (John Bradley, Game of Thrones), who whines to his elderly mother: “No one will listen to me.” Mom: “Then make them!” An emergency, last-minute mission is slated to correct the lunar nightmare. Fowler, Harper and the unlikely KC go on a journey in a mothballed space shuttle to save humankind. Cue gravity waves, tsunamis and perilous escape attempts.

If the script, by Emmerich, Harald Kloser (The Day After Tomorrow) and Spenser Cohen, had left well enough alone it might not have drawn snickers and side-eyes from audiences. As is, the far-fetched storytelling becomes ridiculous and dumb. Adding a “mysterious intelligent enmity” to the equation, conspiracies about the 1969 Moon Landing and other junk doesn’t’ elevate the scary premise—it devalues it.

Extensive special effects pour on sci-fi elements that help distract attention from the tacky narrative and keep eyeballs glued to the screen. Some shots of outer space and inside the moon are stunning (cinematographers Robby Baumgartner, There Will Be Blood, The Hunger Games). The use of sounds (Phil Brewster, theatrical mix tec) and blaring music (Harald Kloser and Thomas Wanker) whips emotions into a frenzy.

Most gaps in the energy level can be blamed on an overabundance of secondary characters and a threadbare “broken families” gimmick that flounders: Brian’s son (Charlie Plummer), ex-wife (Carolina Bartczak) and son’s stepdad (Michael Peña). Jo’s young son (Zayn Maloney), his nanny (Kelly Yu) and Jo’s ex (Eme Ikwuakor). Despite clichéd dialogue, Berry is solid, Wilson is suitably rebellious and Bradley, as the “sky is falling” oddball, makes a surprising anti-hero that folks may like. 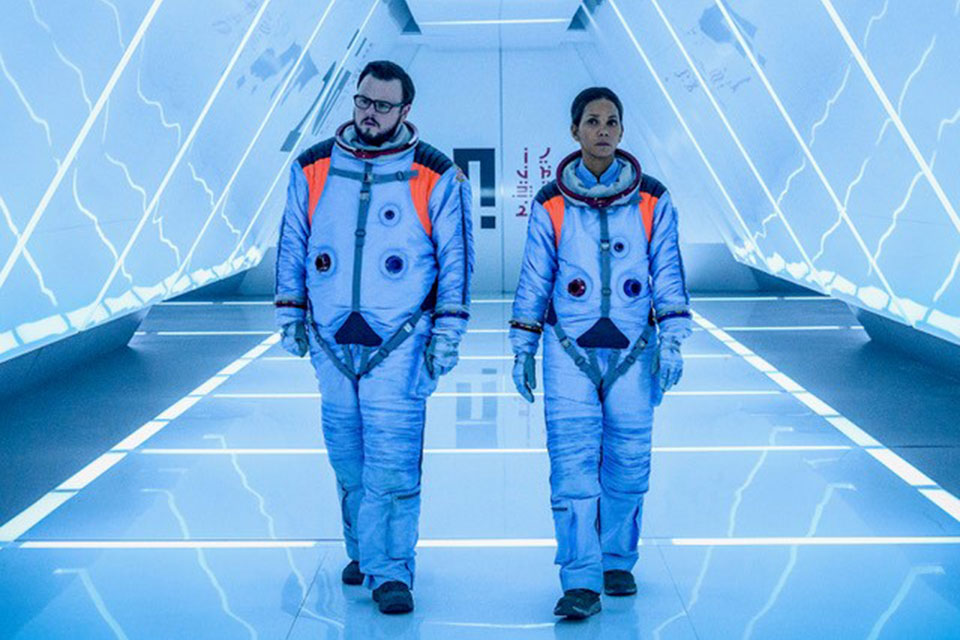 What could have been a respectable sci-fi/adv/fan/ film may end up winning Razzie awards. It didn’t have to be that way. Why reach for the stars when the moon is enough?