When Culture Was Cancelled: A New Play Brings the Past Forward 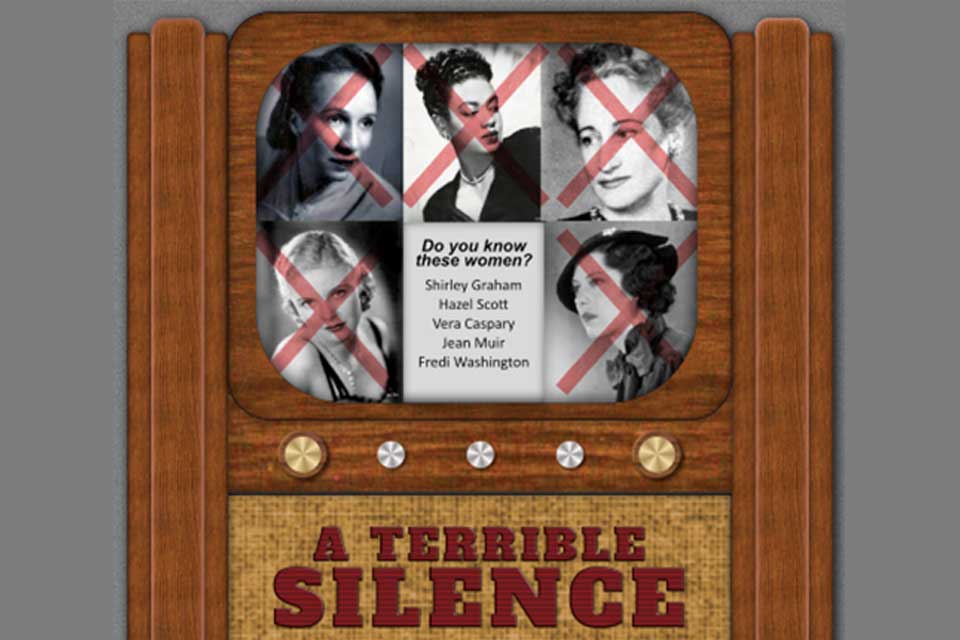 In 1950, the publication Red Channels blacklisted 151 of the most talented performing artists, writers, musicians, producers, directors and thinkers in America. Careers and lives were ruined and lost. Forty-one of those blacklisted were women. Five were women of color. Several listed on Red Channels were gay. A good number were Jewish. All were considered free-thinkers and made out to be enemies of the state. We know many of these names. We should know many more.

Television, the “new media,” was in its infancy. For some, TV promised to be a platform for democratic ideals, a way to bring images and stories of justice and equality directly into people’s homes. For others, the promise of television was its ability to shore up the power of the powerful. A Terrible Silence recounts this clash of ideas through the stories of five of the 41 women. We learn about their lives, their dreams, their prolific talents and their silencers. We watch them lose hope and wonder if they can rally. Their stories are in the past but will be easily recognizable in the present moment.

Seating is limited for this special reading and post show discussion.

For your safety, A Terrible Silence is presented under the guidelines of the Portland Performing Arts Vaccine Coalition. Read more here: https://pdxartsvax.org.