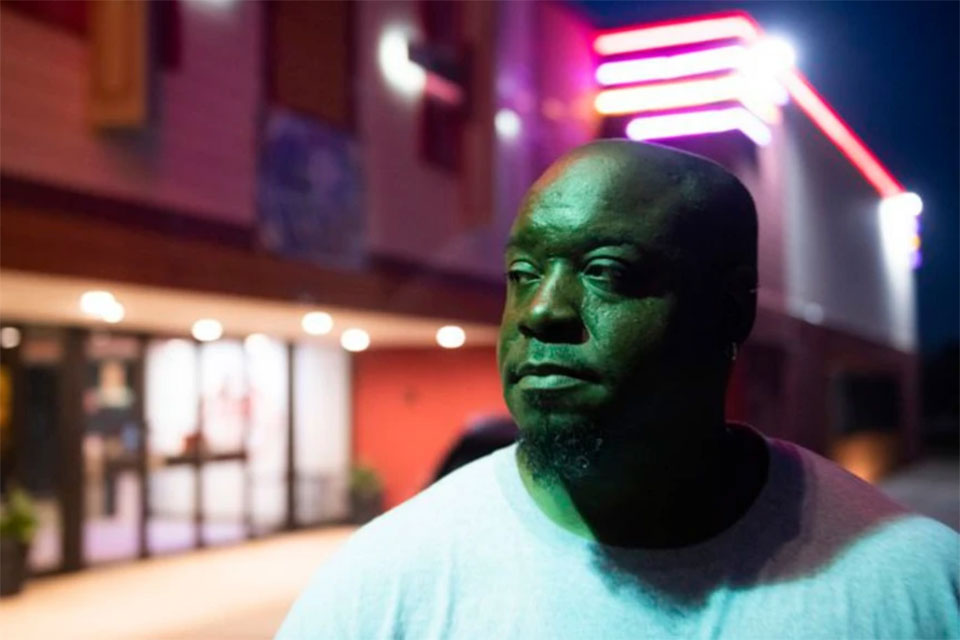 A Michigan entrepreneur is set to open the first Black-owned television and movie studio in the state, MLIVE.com reports.

Amaru is a standup comedian and director who credits his inspiration for entrepreneurship to the COVID-19 pandemic and the murder of George Floyd.

He recalled the moment he got the idea, saying he was thinking, “How can I bring back my job and [bring] others some jobs?"

"Hope was the number one thing that came up and doing away with the despair that’s happening around, especially with our youth.”

That’s when he came up with the idea for the Greenwood District Studios, a new complex housed in the old Lansing Mall Cinema, which closed in 2014. Amaru says the 27,000 sq. ft. lot is perfect for the film and audio production process, giving space to cover everything from pre to post-production.

“We lucked up and got one building to do everything we want to do,” he said.

Now, construction is underway, Amaru and his small team revitalizing the abandoned building, cleaning up debris, and replacing the old tattered and cut cinema screens. Michael Nathan, a producer, and director whose part of the team, said that while the work is challenging, it’s worth it.

“Good things take time, and if you’re willing to sacrifice and work for it, it’ll happen no matter what,” said Nathan.

Amaru began his career in entertainment 25 years ago, getting his first big break as an aspiring writer in Los Angeles for rap mogul Master P. While he was grateful for all of the experiences and connections, he quickly learned that he was going to have to create his own way and not wait for anyone else. That’s what he’s hoping to do for other Black creatives with his studio. While the studio is still being worked on, one part of it just had its grand opening; the Funny Is Funny Comedy Club Amaru opened to give up and coming comedians a chance at making it big.

“It may not be about me; it may be about somebody that comes along that I give him an opportunity to blow up. It might be somebody that has yet to come that might be that spark,” said Amaru.

Construction on the Greenwood District Studios, located at 921 Mall Drive W in Lansing, Michigan, will be completed by the end of next year.

Congratulations Amaru! Because of you, we can!

This article was originally posted in BOTWC