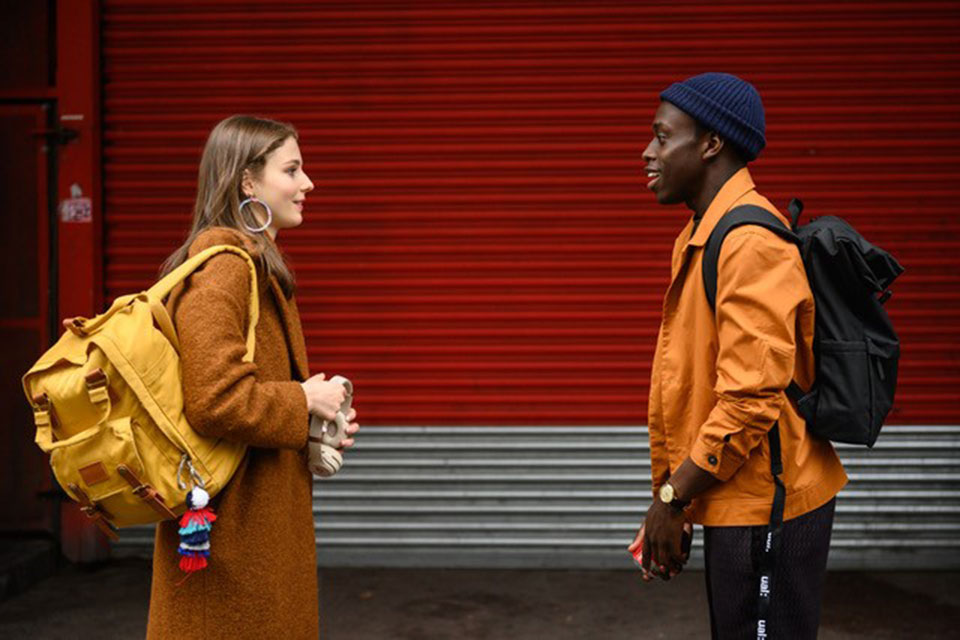 “Last night I saw something in my dreams,” says the occasionally psychic and always naive fashion student Eloise. Did she have visions of ghosts or of disappointed moviegoers leaving the theater?

The trailers and posters for Last Night in Soho may trick potential audiences into believing that this ode to Soho, London in the swinging ‘60s might be as vibrant as mini-skirts, Twiggy and the music from those days. Instead, writer/director Edgar Wright and co-screenwriter Krysty Wilson-Cairns (1917) have created a psychological thriller set in present day that also looks back 60 years through the delusions of an adolescent. This isn’t a horror film, per se, or at least not a good one. So, fans of that genre don’t get your hopes up. Instead prepare yourself for a slightly ghoulish mystery whose saving graces are a visually stunning slightly campy recreation of a romanticized time and an earnest cast.

Meticulously and with an obvious love for the period and place, Wright assembles a stellar tech crew who can fulfill his fantasies. Their work is so attractive, vivid and nostalgic it feels like the 1960s sequences jumped off the cover of an old record album: Buildings, interiors and neon lights cast a spell because production designer Marcus Rowland (Baby Driver, Scott Pilgrim vs. the World) wants to take viewers down memory lane. The music gyrates like go-go dancers on acid due to Steven Price’s (Baby Driver) perky musical score and a playlist that includes Petula Clark crooning “Downtown.” Costume designer Odile Dicks-Mireaux (An Education) gives the entire cast something smart to wear and her rendering of a salmon-pink sleeveless dress becomes a focal point. Nightclubs, city streets, countryside views and dark sinister rooms all appear entrancing because cinematographer Chung-hoon Chung (Oldboy) captures their essence, lights them perfectly and impeccably frames each shot.

Wright’s other savior is his acting ensemble. Everyone plays their part, convincing audiences that even-though the premise is far-fetched their colorful characters are worth a view: Teenage Eloise (Thomasin McKenzie, Jojo Rabbit) leaves her country home to attend the prestigious London College of Fashion. She is wide-eyed and eager to become a clothing designer. She wears her innocence on her sleeve and her mean-girl bully of a roommate Jocasta (Synnove Karlsen) ridicules her unmercifully. The country mouse flees student housing and finds a room in a flat owned by the elderly and persnickety Ms. Collins (Diana Rigg, The Avengers). As she lays in her bed in a top-floor room, Eloise has wild dreams—nightmares—cauchemars.

Meanwhile, long ago in the ‘60s, somewhere in that same Soho neighborhood, the very blonde and effervescent ingénue Sandie (Anya Taylor-Joy, The Queen’s Gambit) is ambitiously trying to become a singer at the popular Café De Paris nightclub. She stumbles into the very handsome and debonair Jack (Matt Smith, The Crown), who claims to be a talent manager with connections. She has stardom in mind, he sees her more as a private dancer, the kind older men desire. 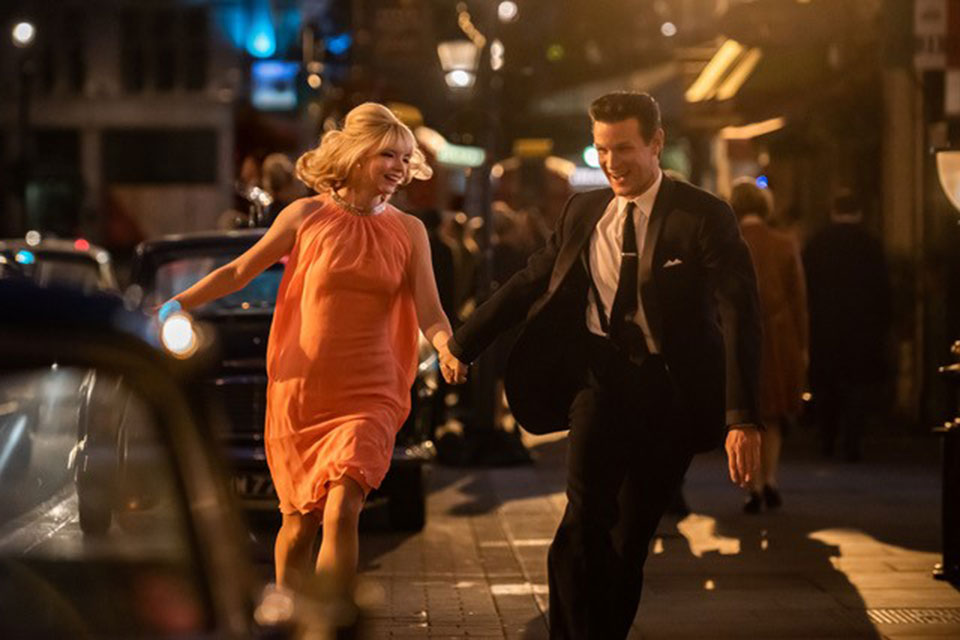 Anya Taylor-Joy and Matt Sith in Last Night in Soho

Wright has a pretty typical premise for a thriller. It’s the kind of twin storyline and two-world view that M. Night Shyamalan (The Sixth Sense, Old) churns out in his sleep. For Wright, whose past credits include the whacky cult-classic comedy horror film Shaun of the Dead and the timelessly contemporary Baby Driver, he’s stepping into a new territory—stylish, serious thrillers. He gets and “A” for style, a “D+” for his less than compelling whodunit skills. Eloise and Sandie have their issues and demons, but none are shocking enough to scare the bejesus out of anyone. Yes, the footage features horror elements (stabbings, bloodletting, apparitions,) but none of the aberrations are grotesque enough to give audiences nightmares. Scenes of nudity, sex and violence are peppered in but don’t tip the scale much.

As Eloise gets caught up in her delusions and the film grinds to an ending with revelations, clarifications and twists in overabundance, there isn’t a payoff that warrants 116 minutes of anyone’s time (editor Paul Machliss, Baby Driver). That’s especially true for genre fans who like their horror in jolts (A Quiet Place Part II) or swathed in macabre antics (Titane).

Wright needed to make this project either really horrific or really campy. Half-stepping is not a viable option. Adding more ghostly images, quickening the pace and swelling the volume of the musical soundtrack don’t do the trick. Also, part of the problem is that Eloise is a wishy-washy character for far too long: “I wish I was like everyone else.” For the first half-hour her only exciting decision is bleaching her hair blonde. Also, her relationship with fellow student John (Michael Ajao, Attack the Block) seems like a secondary, add-on subplot. As a male character, John is so emasculated you feel as sorry for him and as you do for the actor who got the ungrateful role.

Some viewers will come to the justifiable conclusion that the most compelling storyline concerns Sandie and the charmingly sinister Jack. If this film had skipped the whole Eloise narrative and her generation and instead centered itself around the couple’s vintage era, the movie might be more fun to watch.

Sometimes two stories are better than one. In this case. No.