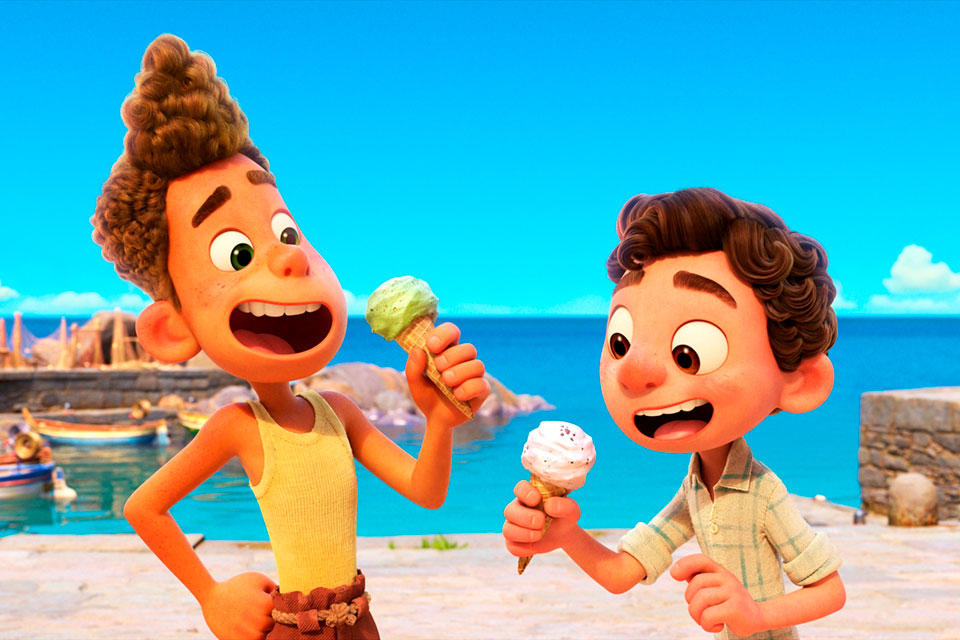 A brisk and bright sun-dappled fable of above-ground adventure and below-the-surface identity, Enrico Casarosa's “Luca” — a summery, shimmering fish-out-of-water fairy tale — is one of Pixar's most pure and condensed enchantments.

Pixar has plunged into the sea before, of course, in the aquatic “Finding Nemo” and “Finding Dory.” Lushly detailed waters have been sprinkled through many of the studio's films, from the rushing river of “The Good Dinosaur” to the frothy seaside surf of “Piper.” One personal favorite: how, after the frantic Paris chase in “Ratatouille,” the diminutive Chef Skinner bobs furiously in the Seine.

But in “Luca,” we're in the ocean to look longingly upon another world, which happens to be our own. Luca Paguro (Jacob Tremblay) is a 13-year-old sea monster who lives off the coast of the Italian Riviera. He's a farm boy, like many protagonists before him, with dreams of another, forbidden realm — only Luca shepherds goatfish, instead of goats, on rolling underwater pastures. To him, the surface is a magical, unknowable place that he's only heard rumors of from his grandmother (Sandy Martin), who's quickly shushed by his protective parents (Maya Rudolph, Jim Gaffigan). 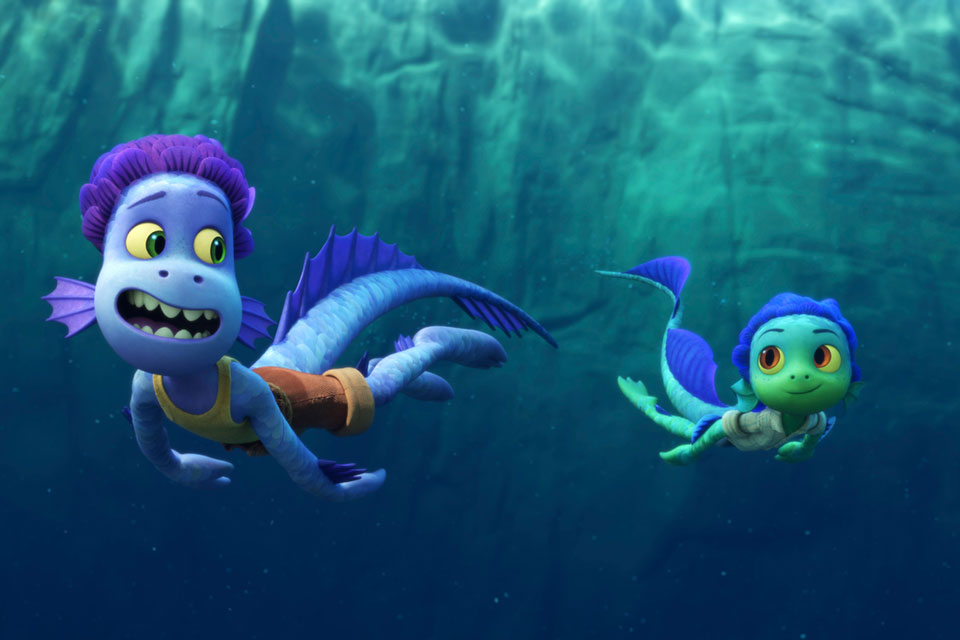 This image released by Disney shows characters Alberto, voiced by Jack Dylan Grazer, left, and Luca, voiced by Jacob Tremblay in a scene from the animated film "Luca." (Disney via AP)

But curiosity and the urgings of another, more land-accustomed sea monster, Alberto (Jack Dylan Grazer), compel Luca to swim up to a beach and stride ashore. He watches Alberto do it first. When Luca gets up the nerve, the transformation is immediate. Fin turns to foot. Tail disappears. And a very sea-legged boy steps forward, swiftly falling on his face and flopping on the ground like a fish.

Walking comes quickly enough, though, and through Luca's eyes we see the wonders of surface-dwelling anew — the blue sky, the swaying trees, the rustling grass. Luca and Alberto (who already has a fort with collected treasures) rush to frolic in all the fun of being human. Luca, feeling guilty, keeps saying he's about to rush home. But he can't help himself. In “Luca,” young life is a stolen adventure. 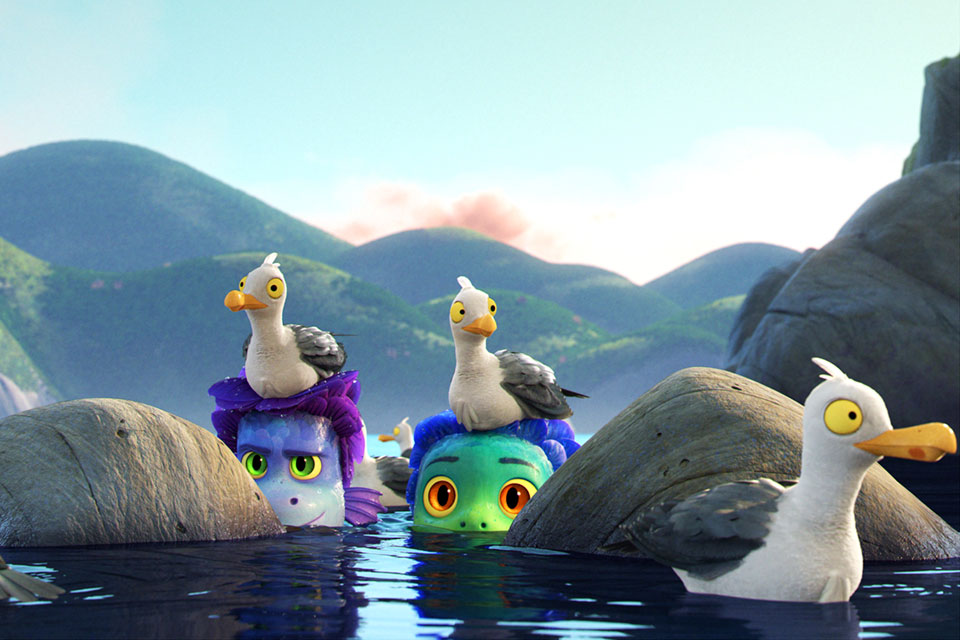 This image released by Disney shows characters Alberto, voiced by Jack Dylan Grazer, center left, and Luca, voiced by Jacob Tremblay, as they are surrounded by seagulls in a scene from the animated film "Luca." (Disney via AP)

They don't have everything quite figured out. Alberto, more confident and reckless than Luca, calls a phonograph a “magic singing lady machine” and believes the stars in the night sky are little glittering anchovies. But they are absolutely certain of one thing: the Vespa is the single greatest human invention. That draws them to the nearby town of Portorosso (the name seems a nod to the great and most European of the Studio Ghibli canon, “Porco Rosso”), a quintessential Italian hamlet with a village fountain and a “La Strada” poster on the wall. It's the late 1950s.

They quickly recognize an unexpected danger. Portorosso is adorned with pictures of slayed and slaughtered sea monsters. The whole town lives in fear of them — a concern mirrored by Luca's family who quake at the thought of “land monsters.” Revealing their true natures would be suicidal, and all it takes is a water balloon or a bit of rain to ruin their human disguises. Still, that doesn't stop Luca and Alberto from entering a triathlon with the hope of winning a Vespa, or from befriending a village girl, Giuilia (Emma Berman), with a fearsome fisherman father (Marco Barricelli). 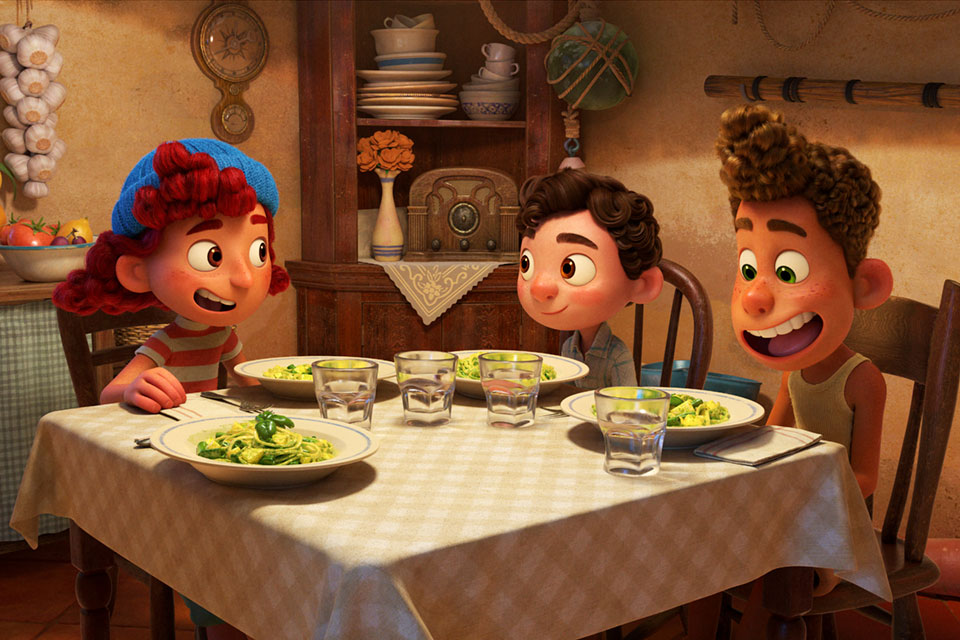 This image released by Disney shows characters Giulia, voiced by Emma Berman, Luca, voiced by Jacob Tremblay and Alberto, voiced by Jack Dylan Grazer, in a scene from the animated film "Luca." (Disney via AP)

It would be easy to label “Luca,” which arrives Friday on Disney+, “minor Pixar.” Its visuals, while beguiling, don't push new digital ground the way many Pixar animations have. There isn't an existential journey into the mind, beyond the grave or into the heavens. It's a couple of kids coming of age over a sun-kissed summer.

But I think the modesty of “Luca” is part of what makes it great. As much as Pixar's recent output ("Soul," “Onward,” “Coco”) has been daringly conceptual, it has sometimes felt as though the studio and its artists are too focused on charting new narrative territory. “Luca,” Pixar's shortest feature since its first ("Toy Story"), is modest, straightforward and classical. It feels like Pixar's page out of Italo Calvino's “Italian Folktales.” 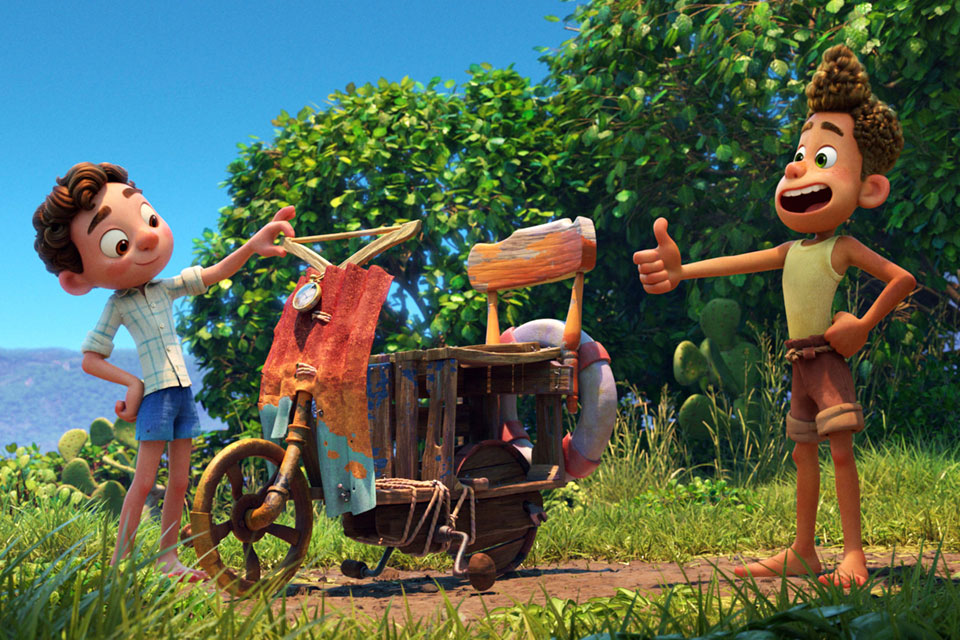 This image released by Disney shows characters Luca, voiced by Jacob Tremblay, left, and Alberto, voiced by Jack Dylan Grazer, in a scene from the animated film "Luca." (Disney via AP)

Casarosa's film comes and goes like a soft summer breeze, but that doesn't stop it from being utterly charming and, by the time of its magnificent final shot, a little devastating, too. In sweet sea monsters that just want to do what other kids do, “Luca” finds a simple and beautiful metaphor for all those who feel like they need to hide themselves to fit in. It left me, anyway, with a fish-eating grin.

“Luca,” a Walt Disney Co. release, is rated PG by the Motion Picture Association of America for rude humor, language, some thematic elements and brief violence. Running time: 95 minutes. Three and a half stars out of four.