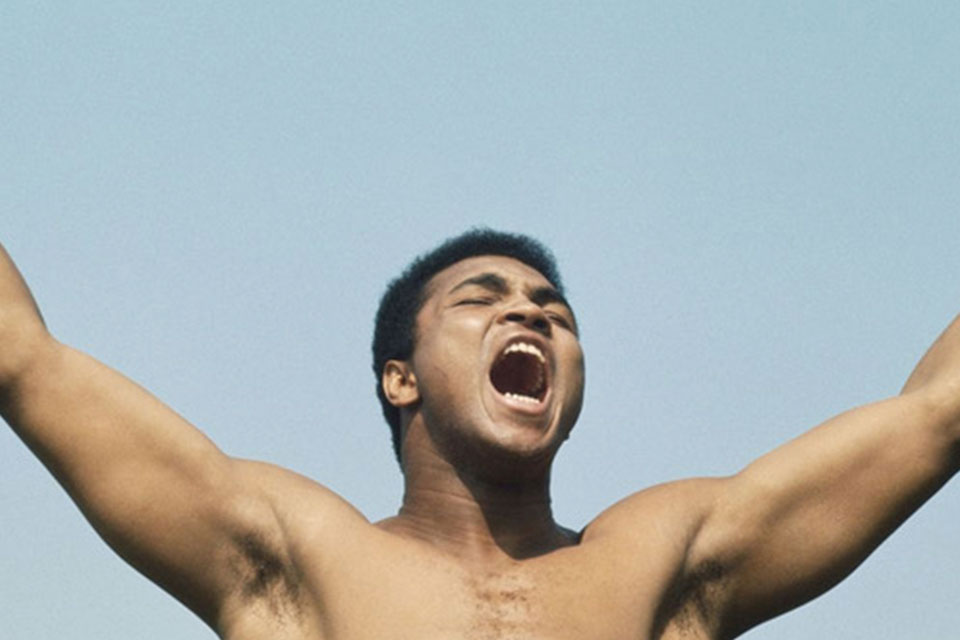 Can we ever get enough of Muhammad Ali? No! And so, another documentary about him is automatically good news on some level. Particularly during these troubled times when stirring up memories of “The Greatest” can connect us back to the best in humanity.

A farewell fit for a king

First-time director Graham Shelby and producer Jonathan McHugh largely focus their efforts on the last chapter of the boxing legend’s life, as his death, memorial service and weeklong celebration are recounted. During the days around Friday June 10th, 2016, 100,000 people gathered in Ali’s hometown of Louisville, KY to honor him while one billion people worldwide watched the observances on live TV.

Through conversations and recollections, the preparations and behind-the-scenes maneuvering are revealed. Family, friends, the police, politicians, clergy and even a thoughtful florist who had strewn rose pedals on the road to Ali’s grave were united in their sole purpose of showing the champ love and reverence. Their personal experiences and the way this varied group worked collectively in Louisville—on a world stage—is inspirational.

Also, details of Ali’s storied life are amassed in photos and clips of the champ sharing personal stories, ruling over press conferences, interacting with famous folks and everyday people. All of that, is augmented by interviews with the patriarch’s family (wife Lonnnie, son Assad, daughter Rasheda) and admirers (Evander Holyfield, Pres. Bill Clinton, Dick Cavett) who substantiate that this international hero was more than worthy of a king’s farewell.

The film’s most poignant moments are Ali telling stories about the indignities he encountered as a Black man and the challenges he faced for his convictions. An incident in a racist restaurant turned into a favorite anecdote: Wait staff: “We don’t serve Negroes!” Ali: “I don’t eat them. So, serve me some food.” His position on the war in Vietnam, which cost him his title and boxing licenses and caused him to serve jail time, was summed up succinctly: “You want me to go somewhere and fight, and you won’t even stand up for me at home,” Ali raged to a room full of reporters.

From a technical standpoint there really isn’t anything innovative or extraordinary about the way this doc was shot or assembled. The format is fairly routine. Sometimes the lighting is glaringly bright on interviewees’ faces. A segue between Ali’s fight against social injustice and today’s Black Lives Matter movement is oddly clunky when it should have been a smooth transition. But basically, the filmmakers get the job done.

There are many life lessons in this inspiring documentary. One of the most touching is the relationship 12-year-old Ali had with an older White policeman. His new red Schwinn bike had been stolen and Ali, then Cassius Clay, told the investigating officer that he was going to find the thief and whoop his ass. The cop, Joe E. Martin, asked Ali if he knew how to fight. Ali responded that he didn’t’ but he’d whoop the thief’s ass anyway. Martin, also a boxing coach, invited Ali to train at Louisville’s Columbia Gym, the city’s only integrated gymnasium. Their fated meeting gave a brash kid a vocation that would win him an Olympic gold medal, make him a three-time world heavyweight champion and help him garner legions of fans.

In this age of police malfeasance and defunding the police movements, hearing a story like this sends a ray of hope. That’s what the boxer was noted for, bridging divides, bringing people together and sharing his generous spirit wherever he went. One friend warned another about paying the champ: Friend: “Don’t let Muhammad Ali get paid with cash.” Another friend: “Why?” Friend: “Because he will give it all away before he gets home.”

Louisville’s adulation for their native son has been thoroughly documented by this soul-lifting film. As has Ali’s sense of duty to humanity. As the champ put it: “Service is the rent you pay here for your place in heaven.”