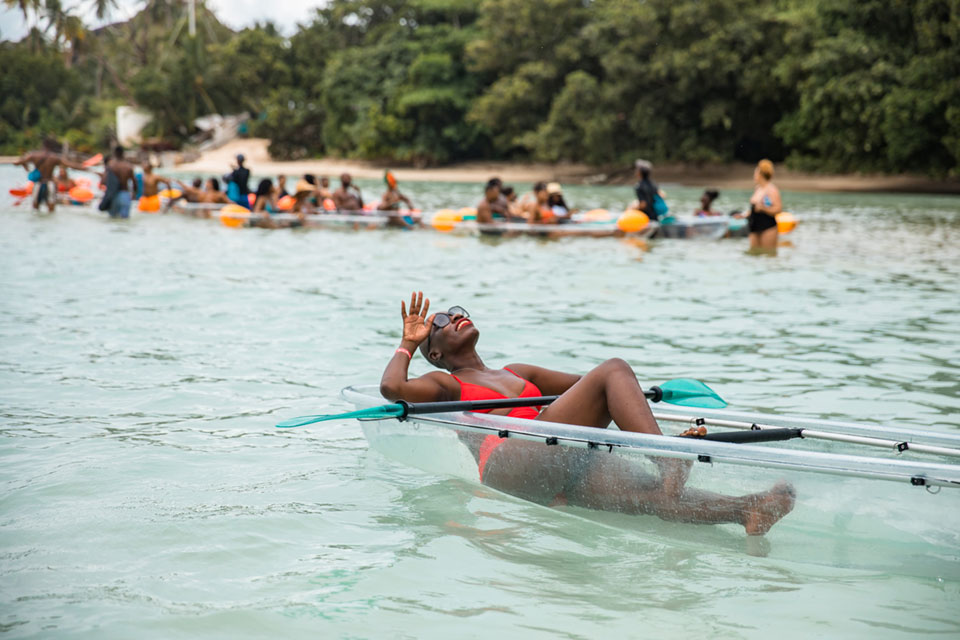 This year, National Geographic will offer multiple ways for people to celebrate Earth Day with a lineup of activities that will meet people wherever they are, kicking off with an Earth Day Eve virtual celebration. The event is hosted by Jessica Nabongo, travel writer, entrepreneur and the first documented Black woman to have traveled to every country in the world.

The lineup of musical artists from places of importance to them around the world and appearances by National Geographic Explorers will take viewers on a virtual journey when it’s needed most. Nat Geo’s Earth Day Eve 2021 will feature performances from Angélique Kidjo, AURORA, José González, Maggie Rogers, Rostam, Valerie June, Willie Nelson, Yo-Yo Ma and Ziggy Marley, as well as a world premiere new music video from My Morning Jacket.

As viewers join in the musical event remotely from around the world, they will be introduced to extraordinary National Geographic Explorers, including world-renowned ethologist and conservationist Dr. Jane Goodall, carnivore ecologist Dr. Rae Wynn Grant, environmental journalist Lillygol Sedaghat and biologist Dr. Lucy Hawkes. A highlight of the event will include National Geographic Explorer and photographer Brian Skerry, one of the world’s leading marine photographers, as he previews the new four-part Disney+ original series, Secrets of the Whales from Academy Award®-winning filmmaker and National Geographic Explorer at Large James Cameron. Narrated by award-winning actress and conservationist Sigourney Weaver, the series from National Geographic takes viewers deep within the epicenter of whale culture to experience the extraordinary communication skills and intricate social structures of whales. The series will anchor National Geographic’s activities on Earth Day and becomes available on Disney+ at 12 p.m. PDT on April 22.

The event will also include a number of exciting announcements by the brand and be followed by a virtual afterparty on the new National Geographic TikTok account at 10 pm EDT. In Nat Geo’s first-ever TikTok Live, viewers will be invited to drop by to hear Jayda G. spin an original set accompanied by stunning visuals from the new Disney+ series, “Earth Moods.” In the meantime, National Geographic has published a newly created Spotify playlist that’s the perfect soundtrack for Earth Month.

"For over 133 years, National Geographic has strived to inspire people to care more deeply for the planet.

"This Earth Day, we hope to provide that inspiration with a one-of-a-kind celebration that invites audiences everywhere to unite around the power of music,” said National Geographic Chairman Gary Knell. “Our Earth Day Eve event — virtual and accessible to everyone — will showcase environmentally passionate artists from around the world together with some of National Geographic’s most extraordinary Explorers. From AURORA's forest performance in Bergen, Norway, to Jane Goodall's greeting from her home in England, the celebration will give us even more of a reason to fall in love with the place we all call home — and empower us to act to protect it.”

The concert will premiere on Wednesday, April 21, at 8:30 p.m. EDT exclusively on the National Geographic YouTube channel and at NatGeo.com/EarthDayEve.