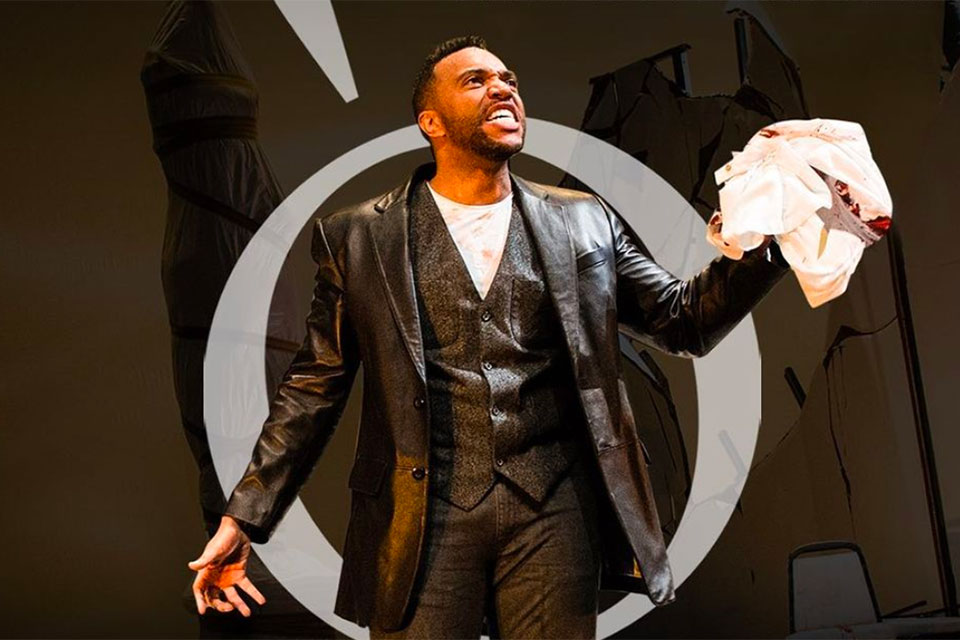 Ashland, OR — The Oregon Shakespeare Festival (OSF) announced the Festival’s 2021 season, an ambitious array of programming all year in digital and live production. The combination of multi-format programming is a celebration of OSF’s continued commitment to presenting world-class theatre on its stages and its recent foray into groundbreaking digital programming, introducing fans, supporters, and new audiences worldwide to the company’s award-winning artistry. The 2021 season features classics and new works streaming from the OSF archives, imaginative and illuminating new works presented on OSF’s digital platform, O!, and a Fall 2021 live season on OSF’s campus in Ashland, Oregon, extending into January for the first time with OSF’s first winter special. All live performances will be subject to health department guidelines and government restrictions on large gatherings.

“2020 marked a paradigm shift in which OSF was catapulted into different ways of creating and supporting artists and art-making. In launching our digital platform, O!, nearly a year ago, the initial goal was to provide an exploratory space to intersect theatre with other forms of media,” said Nataki Garrett, OSF artistic director. “Now joined together with a compelling schedule of Fall and Winter onstage programming, O! has evolved into a marquee fourth stage, where new and innovative projects will play alongside some of OSF’s most beloved and well-known productions.”

“I could not be more excited and honored in partnering with Nataki to introduce this extraordinary combination of digital and onstage programming as the OSF 2021 season,” said David Schmitz, OSF executive director. “This unique first-ever multiformat season reflects OSF’s commitment to innovation, agility, and progress throughout the most extraordinary global circumstances we are all facing. And we are eager to get back to creating live performances when the health authority and governmental restrictions allow us to do so.”

The 2021 digital on-demand streaming season includes a limited-run schedule for favorites from the OSF archives beginning with Julius Caesar by William Shakespeare, directed by Shana Cooper; Manahatta by Mary Kathryn Nagle, directed by Laurie Woolery; and Snow in Midsummer by Frances Ya-Chu Cowhig, based on the classical Chinese drama The Injustice to Dou Yi That Moved Heaven and Earth and directed by Justin Audibert. Tickets are now available for all three productions at www.osfashland.org. More streaming productions curated from OSF’s digital archives will be announced in the coming months.

“Along with our archival streaming shows, O! will continue to present exciting new programming—digital theatre, film, and immersive projects—throughout the year, bringing OSF’s celebrated artistry of OSF into homes around the world,” added Garrett.

Due to the ongoing COVID-19 pandemic and uncertainties associated with it, OSF will hold off announcing specific dates and ticket sales for onstage productions until there is more clarity around reopening, gathering, and social distancing guidelines. All onstage events are subject to change.

Watch beloved productions from OSF’s archives in high-quality video. Three shows are on sale now, and more titles will be announced soon.

This 2018 world premiere by celebrated playwright, activist, and attorney Mary Kathryn Nagle illuminates the tragic consequences of commercial exploits, including the removal of the Lenape people and the attempted eradication of their culture that gave rise to the America we know today. This brilliant production, directed by Laurie Woolery, defiantly demonstrates that the Lenape are still here.

This 2018 U.S. premiere production interweaves two stories—of a young woman who curses her city from beyond the grave, and of a wealthy businesswoman who must face the parched, locust-plagued city. This modern ghost story beautifully reimagines a classic myth and explores the legacy of trauma, the heart of injustice, and the lengths to which we go for love.

All details of the OSF ON O! 2021 streaming season, including ticket availability, can be found at www.osfashland.org.

(All onstage performances will be subject to health department guidelines and government restrictions on large gatherings.)

August Wilson’s How I Learned What I Learned

Originally performed by Wilson himself, How I Learned What I Learned is a heartfelt theatrical memoir charting one man’s journey of self-discovery through adversity, and what it means to be a Black artist in America.

Mia, an American conflict photographer, wakes up at the site of a massacre in Syria, not sure how she got there. With her Turkish girlfriend Derya and her Californian mother Jane, Mia must slowly and painfully piece together the details of her past to find out what happened. An amazing showcase for three actresses, unseen asks what it would mean for our souls—personally and as a nation—if we were to see the impact of our actions.

Sara, an enslaved woman turned Union spy, and Sandra, a brilliant professor in a modern-day private university, are facing similar struggles, though they live over a century apart. This play leaps through time to trace the identities of these two Black American women and explore the reins that racial and gender bias still hold on American systems today.

On Christmas Eve, three ghosts take miserly theatre producer Carol Scroogenhouse through time and space to reckon with how she’s abandoned artistry for hollow commerciality. Whisked to Shakespeare’s Globe Theatre, her cousin Fred’s swinging party, and a pandemic Zombie future, will Carol find her soul with the help of these apparitions? From the twisted minds of your favorite OSF clowns, this showcase of the OSF Acting Company promises to be a silly and uplifting way to mark the holidays and celebrate OSF’s return to live performance.

The Green Show stage comes back to life with concerts, dance, and community performances, on a schedule to be announced in the coming weeks—and, as always, free and open to the public.

Details for the 2021 OSF On Stage season can also be found at www.osfashland.org.

Led by our best artists, OSF’s brilliant artmaking continues to expand into the digital sphere. These virtual productions, concerts, films, readings, and a brand-new commissioning initiative continue to blossom on the O!

This rarely performed exploration of power and jealousy comes to life in a multi-episode digital production by award-winning immersive artist Scarlett Kim. Released over two years with a collage-like visual approach, Kim’s vision mines Shakespeare’s text to explore the deceit and the violence of the play within today’s aesthetic and political realities.

O! Resident Artist Shariffa Ali (Ash Land, The Copper Children at OSF) brings her second short film to OSF's digital platform. In You Go Girl!, a Black stand-up comedian finds herself in the beautiful forests of Southern Oregon to distribute the ashes of her late mother. Can this city woman overcome her fear of stillness, and in the process take control of her own healing? You Go Girl! is created in partnership with producers Adrian Alea (ALIALEA Productions), Kamilah Long (The Black Whole, Inc.), and Courtney Williams, and is made possible, in part, by an “Outdoor Adventure Grant” from the Oregon Made Creative Foundation, Travel Oregon and Oregon Film.

OSF has invited artists from a wide range of disciplines to create a short piece of digital art in response to themes drawn from the acronym of C.O.V.I.D.: Community, Offering, Vitality, Identity, Determination. These digital art commissions will start to bear fruit through 2021 on O! Artists commissioned for “19” include Christina Anderson; Scenic G/Gabriel Barrera; Kit Yan and Melissa Yi; Erika Chong Shuch, Rowena Richie, and Ryan Tacata.

Recognizing that Indigenous people have a story to tell, “for us, by us, now us,” this new digital series asks Indigenous artists to visually express their sovereignty—tribal and personal. The Visual Sovereignty Project will capture a small cross-section of the diversity of Indigenous people in the way they choose to share their gifts with the world.