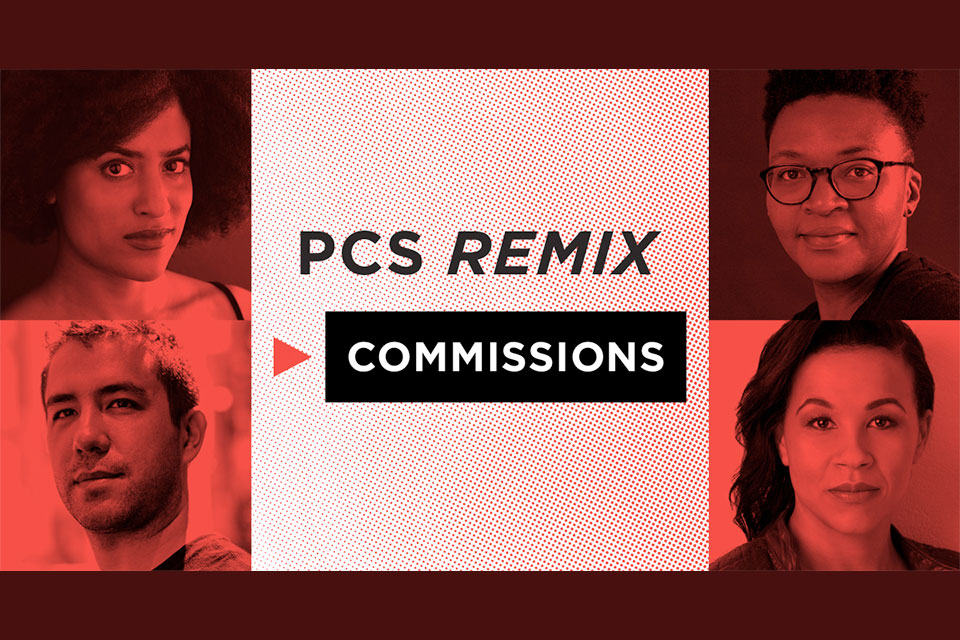 Portland Center Stage has commissioned four new plays from celebrated writers Brittany K. Allen, Christina Anderson, Christopher Chen, and Portland-based Anya Pearson. The commissions are part of the PCS Remix: Commissions program, which was launched to lift up some of the most exciting voices in American theater while stages are dark, and to generate a wellspring of theatrical offerings to draw from when theaters are able to welcome the community back into their houses once again.

“I am over the moon with joy to have these four brilliant, visionary playwrights under commission at PCS,” Artistic Director Marissa Wolf said. “As we wrestle with the continued challenges our field faces during the pandemic, I’m thrilled to invest in the voices of these four playwrights whose work will help chart a course for the company’s future.”

The PCS Remix: Commissions program builds on PCS’s long-standing dedication to supporting new works for the stage. PCS has a robust history of commissioning, developing, and producing new plays, through programs such as the NW Stories series and JAW: A Playwrights Festival. Throughout the development process for these new scripts, PCS will offer the community opportunities to engage with these innovative playwrights.

Brittany K. Allen’s commission is her second collaboration with PCS, following the world premiere of her play Redwood in 2019, in which Allen also starred as Meg. Of this new commission, Allen said, “this moment is one for radical imagining, and I'm excited to use this resource to daydream toward the future I want to be part of building; the better country, the better timeline. Narratives matter, and I'm glad for the provocation to push against the ones that have harmed our most vulnerable communities. The play I'm writing is in early stages still, but it's to do with socialist utopia, intersectional coalition building, the ways we find and nurture community as adults, and most definitely Black joy. Also, RVs? We'll see!”

Portland-based artist Anya Pearson is also familiar to PCS audiences through her short play Three Love Songs, which was commissioned by PCS at the beginning of the pandemic for the national Play at Home series.

“I am beyond honored to receive this commission from Portland Center Stage — and to be part of this amazing and formidable lineup of BIPOC playwrights,” Pearson said.

“We need theatre now more than ever!

"The collective breath, the joy, the vulnerability, the investigation of the soul, and the reimagining of what it means to gather, to hold space, and to dream of a better world for all of us.”

Christina Anderson’s work is new to PCS, but her play How to Catch Creation had its West Coast premiere at Oregon Shakespeare Festival in 2019, directed by Nataki Garrett, and her play pen/man/ship was presented at Portland Playhouse in 2017. Anderson has previously collaborated with Wolf on the world premiere of Man in Love at Kansas City Repertory Theatre.

"Marissa is one of my favorite collaborators,” Anderson said. “I respect and appreciate her work and approach to creating theater, so when she invited me to write a commission for PCS I leapt at the opportunity. American cities inspire much of my work,” Anderson continued. “I look forward to creating a new piece that re-examines what it means to ‘stay at home’ in our present day."

Playwright Christopher Chen is also new to PCS, but his play Caught was lauded when it was produced at Artists Repertory Theatre in 2017. Chen has collaborated with Wolf on numerous projects. “I couldn't be more thrilled to reunite with Marissa Wolf. Marissa helped shape my career and voice as a playwright by shepherding two of my most significant early plays into existence. I am so excited to continue this most meaningful of collaborations,” Chen said.