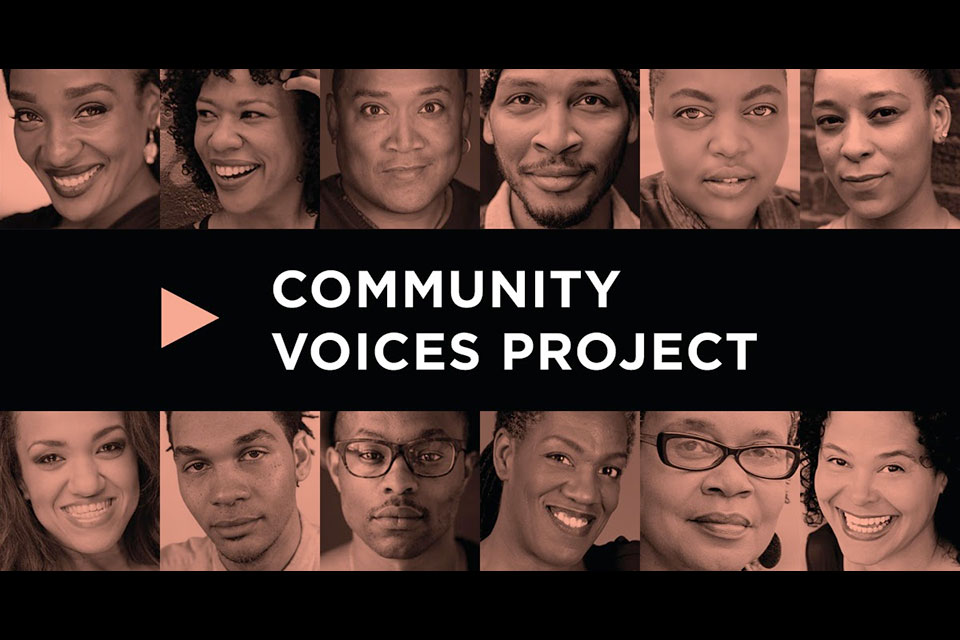 The Community Voices Project delivers arresting, uplifting work straight from an artist’s home to the viewer’s — including monologues, poems, songs, or visual art of the artists’ choosing. The Community Voices Project was developed to celebrate and amplify the diverse voices of the actors, designers, and storytellers in the Pacific Northwest, while they are unable to perform for live audiences. New featured artists will be added each month. This initiative is the first offering from the PCS Remix: Original Works program.

Portland Center Stage chose to feature the work of 12 Black artists as the launching point for this new initiative as part of its efforts to engage with and support the Black Lives Matter movement at every level of the organization. Portland Center Stage seeks to actively dismantle racism within its own institution and community, and also within the American theater establishment as a whole, where white supremacy has been a core foundation.

“The opportunity to highlight these 12 incredible Portland theater artists in the launch of the Community Voices Project is a joy,” Artistic Director Marissa Wolf said.

“The expansive possibilities of artists sharing what's in their hearts and minds through monologues, songs, poems, and visual art creates a direct connection between artists and audiences, in a moment when a bond between us, even in isolation, is so crucial.”

“So much of our job is to be a conduit between our audiences and our artists,” added Associate Artistic Director Chip Miller. “This project allows us such a wonderful gift — the opportunity to amplify the vast and varied talents of members within our community, while hearing directly from the artists themselves, often in their own words.”

The following selection of monologues, poems, songs, and visual art can be found at pcs.org/community-voices. Each piece will be available online for 26 weeks. New works will be added each month.

Portland Center Stage is among the top 20 regional theaters in the country. Established in 1988 as a branch of Oregon Shakespeare Festival, the company became independent in 1994. Under the leadership of Artistic Director Marissa Wolf and Managing Director Cynthia Fuhrman, the company produces a mix of classic, contemporary, and world premiere productions, along with a variety of high quality education and community programs. As part of its dedication to new play development, the company has produced 28 world premieres, many of which were developed at its new works festival, JAW. Portland Center Stage’s home is at The Armory, a historic building originally constructed in 1891. After a major renovation, The Armory opened in 2006 as the first building on the National Register of Historic Places, and the first performing arts venue in the country, to achieve a LEED Platinum rating.

Portland Center Stage is committed to identifying and interrupting instances of racism and all forms of oppression, through the principles of inclusion, diversity, equity, and accessibility (IDEA). Learn more at pcs.org/idea.