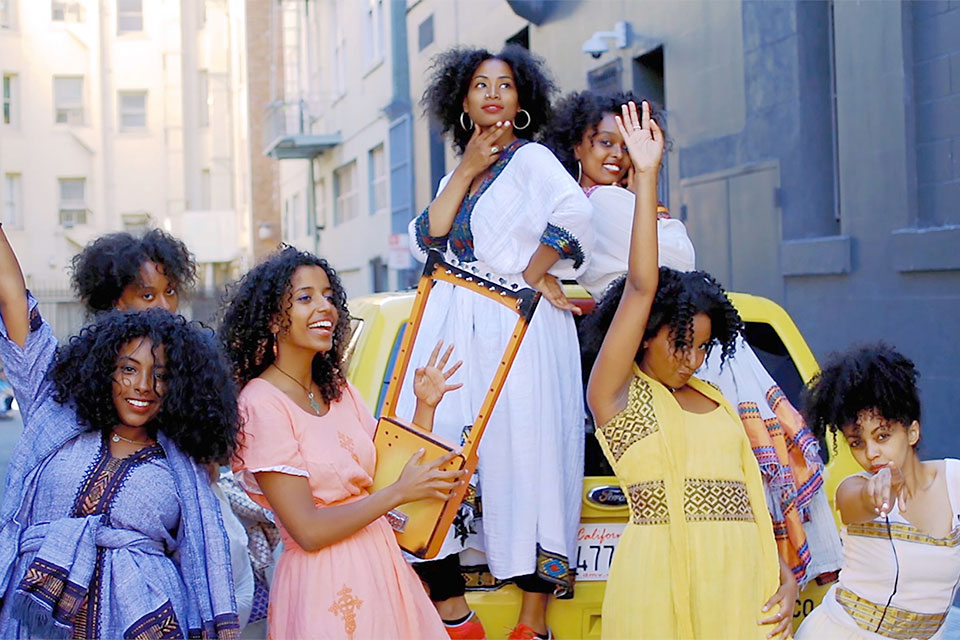 NORTH PORTLAND, Ore. – The Cascade Festival of African Films (CFAF) is celebrating its milestone 30th anniversary this year as the longest-running African film festival in the United States.

This is a free, five-week festival that runs from Jan. 31 through Feb. 29 and showcases 30 feature films, documentaries, and short films from more than 20 nations. Films are shown Wednesdays through Saturdays each week at either the Moriarty Auditorium at the college’s Cascade Campus (705 N. Killingsworth St.) or The Hollywood Theatre (4122 S.E. Sandy Blvd.).

The festival arose from humble beginnings when four PCC faculty members came together over a shared love of Africa and African cinema. In 1991, the first CFAF drew approximately 400 film lovers. Today, sustained by a small staff and an army of dedicated volunteers, it attracts more than 5,000 attendees every year.

'A city hungry for perspectives' 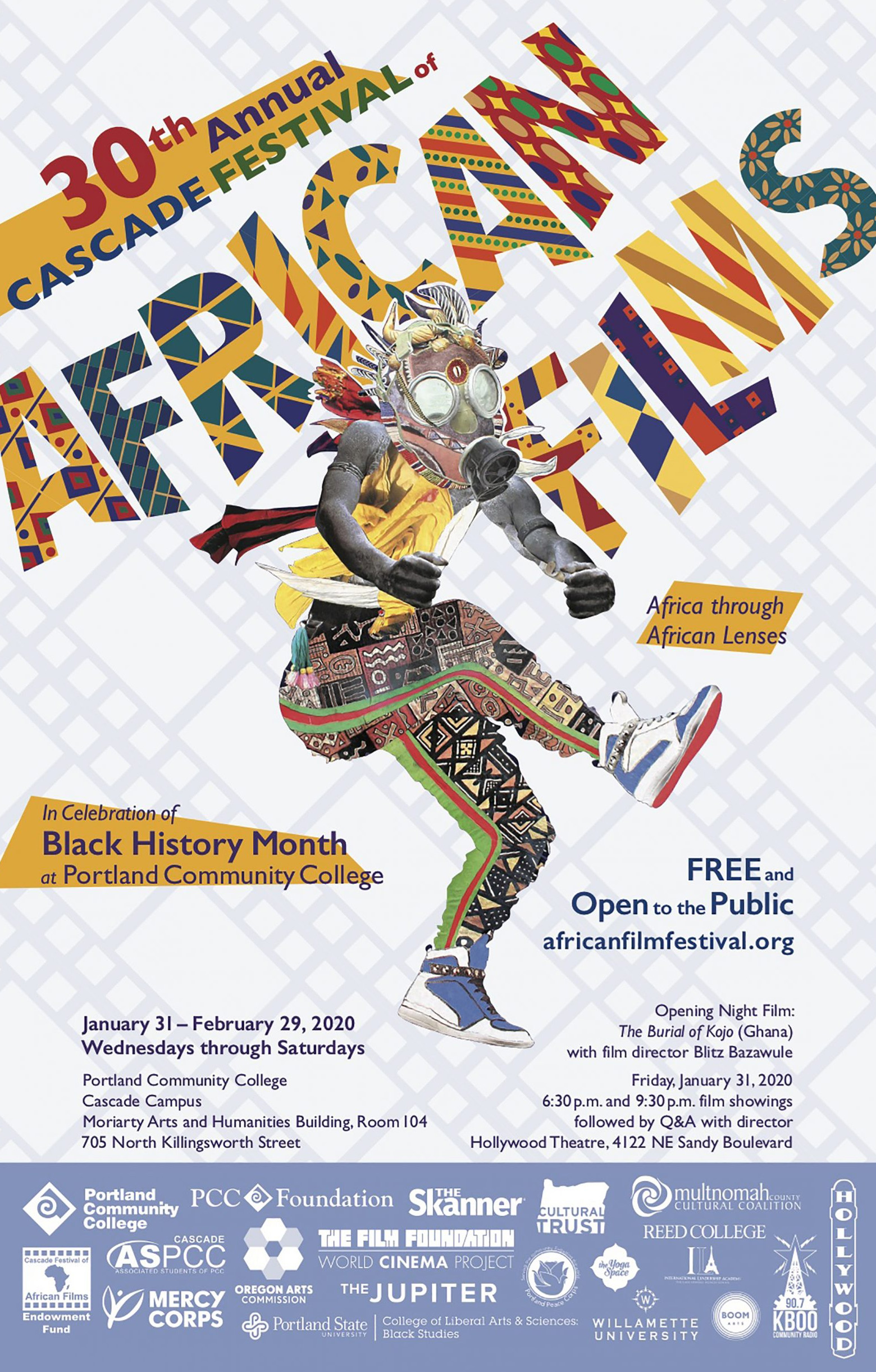 Festival poster by AJ Reid“We are a city hungry for perspectives and experiences that broaden our understanding of the wider world and bring into focus our place in it,” said PCC President Mark Mitsui. “This is what places CFAF among the very best that Portland has to offer. That the Festival has endured for three decades is a testament to the diversity and vitality of African cinema, and to the hearts and minds of a city committed to honoring the ties that bind all of us together.”

The 30th edition of the film festival kicks off with an opening night gala on Friday, Jan. 31 at the historic Hollywood Theatre with live music and back-to-back screenings of the acclaimed film “Burial of Kojo” (Ghana). The film’s director, who is popular Brooklyn, N.Y.-based Ghanaian hip-hop artist and filmmaker Blitz Bazawule, will be in attendance to discuss his work. Screenings are 6:30 and 9:30 p.m.

Since its inception, the Cascade Festival of African Films has evolved to encompass more than just films from Africa. Attendees can enjoy “Saturday Socials,” which are held between the afternoon and evening screenings on Saturdays, and features food, local vendors, live music, and more.

This year, the festival is partnering with Boom Arts to bring a live theatrical production of “How to Have Fun in a Civil War.” This autobiographical performance by Ifrah Mansour explores Somalia’s civil war through poetry, puppetry, videos, and interviews, confronting a violent history with humor. The performances are 1 p.m., Saturday, Feb. 8 and 5 p.m., Sunday, Feb. 9 at the Moriarty Auditorium.

The festival concludes at the Hollywood Theatre with its closing night feature “Life is Fare,” which is an Eritrean/American co-production directed by Sephora Woldu. The film, showing at 7 p.m., Saturday, Feb. 29, dives into both the struggles and joys of being part of an immigrant community in the United States. Woldu will be in attendance at the screening.

“From re-mastered classic films to visionary young directors, our 30th anniversary festival will celebrate the historic scope not only of the festival, but of African cinema itself,” said Festival Director Tracy Francis.

Women Filmmakers Week – From Feb. 27-29, this week highlights female directors and their uplifting films from Algeria, Eritrea, Libya, and Ethiopia.

Underrepresented Films – Part of an effort to show rare and new films, the festival is featuring “Talking About Trees” from Sudan. The film depicts four elderly Sudanese filmmakers on their quest to revive cinema in their community. Another offering is the Libyan documentary “Freedom Fields,” which follows a women’s soccer team for five years through revolutions and conflicts.