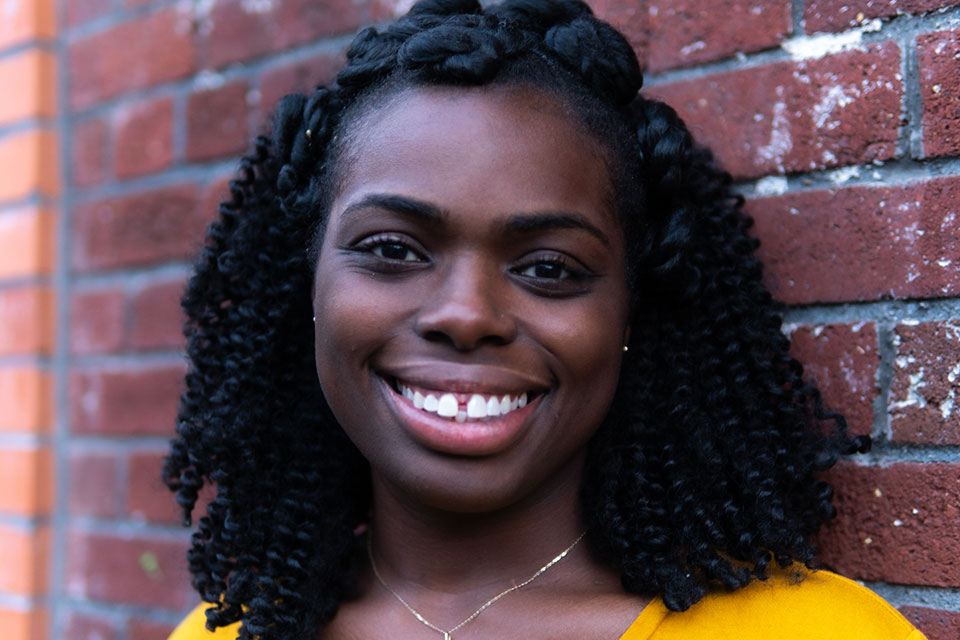 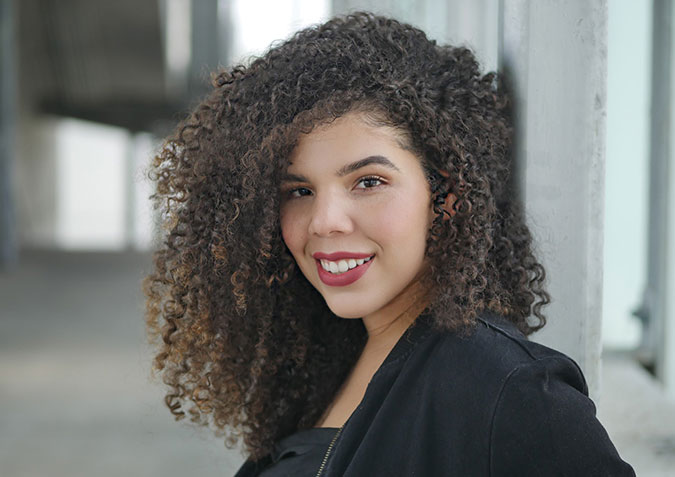 Morgan Walker (School Girls; Or, The African Mean Girls play at Kansas City Repertory Theatre) plays Ericka Boafo, the newcomer who threatens Paulina’s reign. Jocelyn Bioh’s hit comedy School Girls; Or, The African Mean Girls Play, comes to Portland this January in a historic co-production between Artists Repertory Theatre and Portland Center Stage at The Armory. Inspired in part by Bioh’s mother’s time in a boarding school in Ghana, and Bioh’s own experience in at a boarding school in Pennsylvania, School Girls tells the story of Paulina, the reigning Queen Bee at Ghana’s most exclusive boarding school. Her dreams of winning the Miss Universe pageant are threatened by the arrival of Ericka, a new student with undeniable talent, beauty … and lighter skin.

The New York Times called Bioh’s biting play about the challenges facing teenage girls across the globe “a gleeful African makeover of an American genre.”

“Oftentimes, the stories about Africa that are being served up are usually tales of extreme poverty, struggle, strife, disease, and war,” said Bioh. “This narrative is a dangerous and calculated one, and it has always been my goal to present the Africa I know and love so dearly. School Girls was my first produced play, and I’m so thrilled at the reception.” Lava Alapai, who will direct School Girls, spoke to the importance of a comedic story centering Black teenage girls: “We seldom get to see Black women on stages that allow space for joy and community.”

“Ferociously entertaining and as heartwarming as it is hilarious.” – The Hollywood Reporter

This production marks the first time that Artists Repertory Theatre and Portland Center Stage at The Armory have co-produced a show. “This synergy between our two companies is a Portland theater milestone,” said Dámaso Rodríguez, artistic director at Artists Rep. Marissa Wolf, artistic director at The Armory, said, “This partnership between our two theaters, helmed by our fantastic director, Lava Alapai, lifts us and our community together.”    Various community events will be held surrounding the show, including a pre-show reception with the Ghana Association of Oregon, a dramaturgy class on School Girls taught by cast member Kisha Jarrett, and discussions with cast, crew, and community guests. More details will be posted at www.pcs.org/schoolgirls and www.artistsrep.org/education closer to the show.

The play runs from January 24 through February 16, with previews beginning January 18, 2020. For more information, visit www.pcs.org.