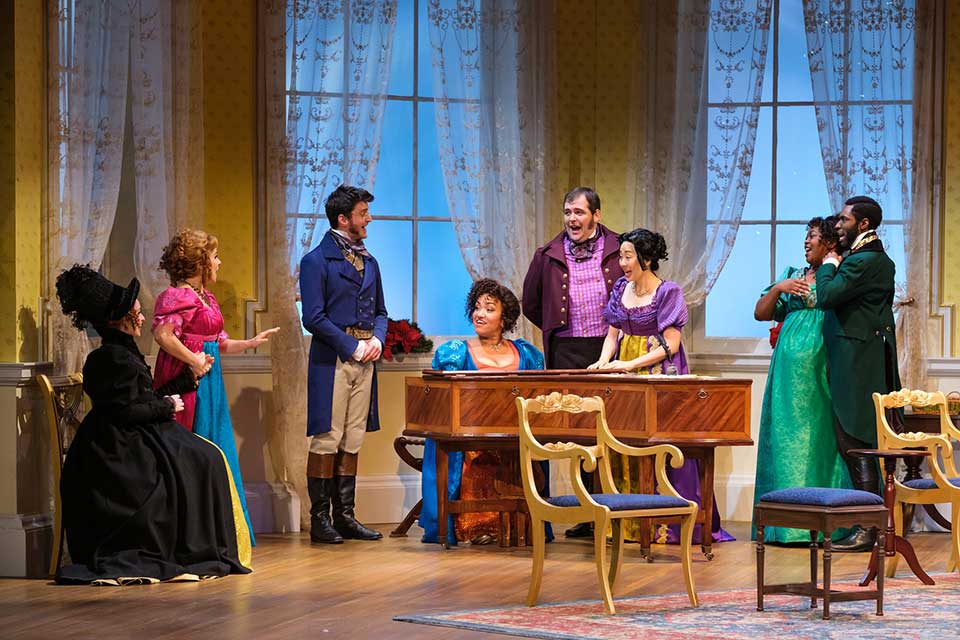 Portland favorite Lauren Modica (Bedlam’s Sense and Sensibility and Twist Your Dickens at The Armory) will star as middle sister Mary Bennet, who takes center stage in this charming and clever sequel to Jane Austen’s Pride and Prejudice. When the Bennet sisters gather at the home of Lizzy and Darcy for the holidays, an unexpected guest sparks brilliant, bookish Mary’s hopes for independence, an intellectual match, and perhaps even romance.

"I love the way that Gunderson and Melcon masterfully marry humor and feminism together in this delicious holiday show,” Wolf said. “To dive into such a playful project with so many brilliant Portland artists is a real treat for my first production here at Portland Center Stage."

Modica is thrilled to be taking on her first leading role at The Armory. “One of the things I love most about Mary is that she absolutely, 100 percent is who she is at every moment – awkward, and off-beat, but not wrong,” Modica said. “Being encouraged to really play up the eccentricities of this character, while indulging in the vulnerability and sweetness of first real love is something that proved irresistible to me.

"We’ve all been Mary – a little outside the action, a little self-contained, but bursting with passion and wit.”

The Armory will host various free community events surrounding the show, including discussions with cast, crew, and community guests, and musical performances by local choirs.