'Harriet,' the First Film About Tubman, Premieres in Toronto 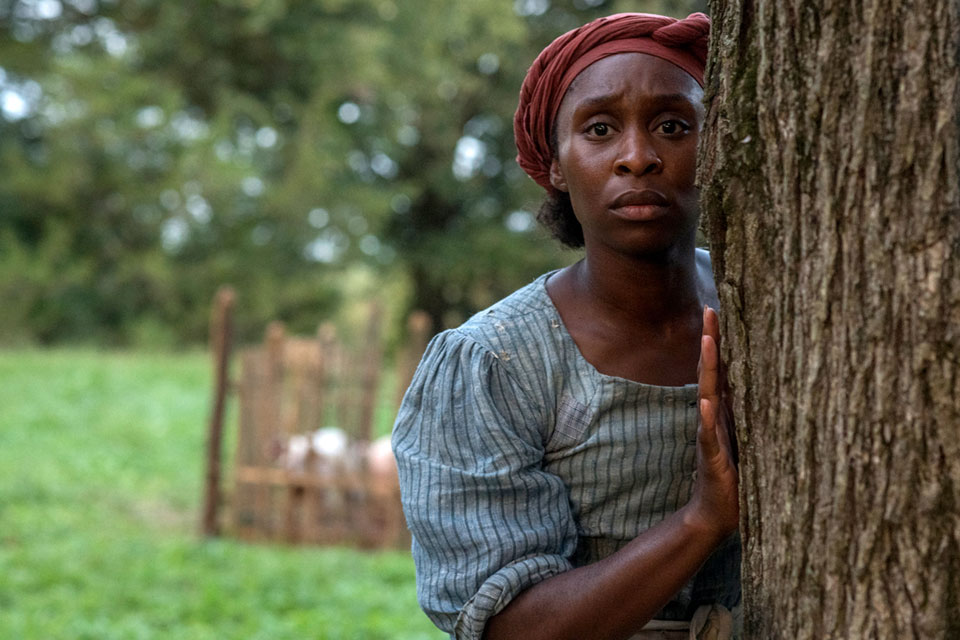 TORONTO (AP) — Hard as it may be to believe, "Harriet" is the first feature film about Harriet Tubman.

Kasi Lemmons' movie about the Underground Railroad leader premiered Tuesday night at the Toronto International Film Festival where festival director Cameron Bailey, introducing the film, noted the cinematic injustice of Tubman only now making it to the big screen.

"There are 30 films about Gen. Custer," said Bailey. "This is the first film about Harriet Tubman."

"Harriet," starring 32-year-old British actress Cynthia Erivo, presents a younger, more vibrant picture of Tubman, whose accomplishments have often been entombed in middle-school history books. And the best-known appearance of Tubman, who was in her late 20s when she escaped from slavery and began going back South to help others to freedom, has largely been of her as an older woman.

"There are pictures of her that have been painted from the wrong time period almost," said Erivo, the Tony-winning actress of the Broadway revival of "The Color Purple. "It's important to know this was a really young woman who took a lot of risk in what she was doing."

Tubman, whose original name was Araminta Ross, was born into slavery in 1820 or 1821 on the eastern shore of Maryland. In 1849, she fled to Philadelphia, after which a reward for her recapture was posted. But Tubman returned to the South to lead other slaves to freedom, conducting more than 70 people through the Underground Railroad network of abolitionists.

She worked as a scout, spy and nurse for the Union Army during the Civil War. In 1863, she helped lead 150 Black soldiers on a gunboat raid in South Carolina. With Col. James Montgomery, she rescued more than 700 slaves. Tubman also became a noted suffragette before dying in 1913.

"Harriet," which will be released in theaters on Nov. 1, focuses on her escape from Maryland and, a year later, her returning raids.

"When we think of Harriet, we kind of don't see her womanhood. That's partly because in the pictures we have of her, she's an older woman," said Lemmons, the "Eve's Bayou" filmmaker.

"There's a picture found fairly recently of Harriet as a young woman, and that was my inspiration.

"There was this very small, young woman who managed to do incredible things."

Earlier this year, that previously unknown photograph of a more youthful Tubman, believed to be taken in the 1860s, was put on display at the Smithsonian's National Museum of African American History and Culture in Washington. 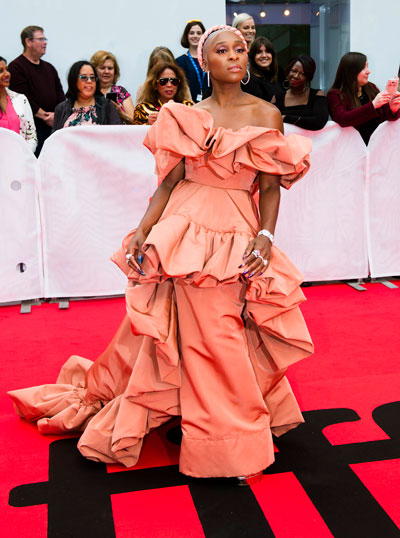 Actress Cynthia Erivo arrives on the red carpet for the gala premiere of the film "Harriet " at the 2019 Toronto International Film Festival in Toronto on Tuesday, Sept.10, 2019. (Nathan Denette/The Canadian Press via AP)Efforts to make a movie about Tubman have been going on for several years, with Viola Davis (who Erivo co-starred with in Steve McQueen's "Widows") once in line to play the part. But the project came together around Erivo, a casting choice some have criticized because she isn't American.

Erivo, however, believes there is more in common between the experiences of British and American Black people. She defended her passion for Tubman in an earlier Instagram post: "I fought for the role of Celie, and spilled blood, sweat and tears playing her."

Lemmons believes the production was guided spiritually by Tubman. She doesn't think of the film as righting a wrong in film history.

"I didn't think in those terms. I really thought about this as a task I took very solemnly of bringing Harriet to life so that young girls could see this young woman heroine, and that the world could see her as this fierce, strong, feminine presence that she was," said Lemmons. "You want to remind people of what can be and what has been done through sheer force of will and courage."