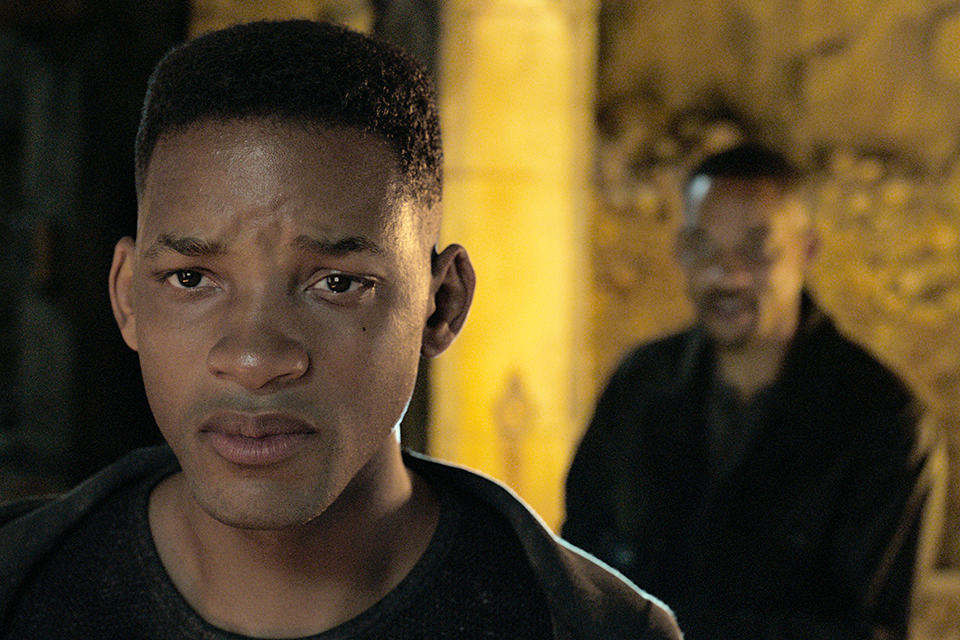 "Enjoy this," Mangold recalled him saying. "This will be the last one of these you ever make."

"Ford v Ferrari," which viscerally recounts the efforts of an automotive designer (Matt Damon) and a race car driver (Christian Bale) to build a Ford that could beat Ferrari at the Le Mans 24-hour race in 1966, has a lot going for it: big-name movie stars, a director coming off an Oscar-nominated hit ("Logan") and a marathon, nearly hour-long racing finale. But it doesn't have what typically scores such a large budget in today's Hollywood: franchise-making IP (intellectual property). It might as well be a unicorn.

"With the amount of mergers and streaming operations coming up to speed, I think there's a real question whether the theatrical film is really just the tentpole. Independent films are struggling. Even mainline dramas are struggling to find an audience," said Mangold, who has been a regular filmmaker at Fox, which Disney acquired earlier this year.

"In that sense, we're a throwback film," he continues. "We're a modern movie in all the senses of modern storytelling, modern technology, modern sensibility. But we're trying to do something that I really miss seeing in the movies, which is a movie for grown-ups that's entertaining and thought-provoking and moving and isn't selling you the same old thing."

And this fall movie season, in particular, Mangold is far from alone. Oscar season always brings a welcome wave of originality after the reboots, remakes and sequels of summer. But this fall is especially rich in big, audacious bets on original films that will try to invigorate movie theaters with the most time-tested of methods: megawatt movie stars, genre twists, innovation.

The stakes are high. As the opportunities for adult-skewing movies made with scale dwindle, the pressure rises on those that do get that once-in-a-blue-moon greenlight to excel. Following the success of Quentin Tarantino's "Once Upon a Time ... in Hollywood," there's reason for optimism.

"I do think we have to sort of fight back at this practice of overwhelming the market with the blockbuster," Martin Scorsese, whose gangster epic "The Irishman" was bankrolled by Netflix after all the major studios passed, said in an interview earlier this summer .

But many of the season's most anticipated movies — "Ford v Ferrari" (Nov. 15), "The Irishman" (Nov. 1), the Brad Pitt space adventure "Ad Astra" (Sept. 20), Marielle Heller's "A Beautiful Day in the Neighborhood" (Nov. 22), with Tom Hanks as Mr. Rogers — will be seeking audiences as much as they are awards.

Some are aiming to chart a new way forward for movies by not just relying on throwback thrills but literally turning back the clock. "The Irishman," which Netflix has shelled out a reported $200 million to make, features digitally "de-aged" versions of Robert De Niro and Al Pacino. In Ang Lee's "Gemini Man" (Oct. 11), Will Smith, playing an assassin, faces off with a clone of himself, 25 years younger.

Lee, who experimented with 3-D on "Life of Pi" and high-frame rates on "Billy Lynn's Long Halftime Walk," believes the evolution of digital cinema is the future.

"You have to change the whole ecosystem, change what it is to go into a theater," says Lee, whose latest is in 3-D and filmed at 120 frames-per-second, rather than 24. "You're not watching somebody else's story. You're experiencing a story. It's more immersive. Your attitude toward it is different. It's a different language."

"Gemini Man" will be major test-case for those possibilities that could, potentially, remake the theatrical experience years after the promises of a 3-D revolution largely fizzled.

"It's hard to duplicate in the living room, let alone on a smart phone. Eventually I'd like to see theaters change, the format of theater: the size, the shape. And I hope someday some smart person can figure out a way to get rid of those glasses," says Lee, chuckling. "What we've done here is a new baseline for digital cinema, I believe."

Heller ("The Diary of a Teenage Girl," ''Can You Ever Forgive Me?") is more focused on the communal aspect of moviegoing, something that could be quite powerful for "A Beautiful Day in the Neighborhood." Heller is quick to caution that her film, based on Tom Junod's 1998 Esquire article, isn't a traditional biopic but dramatizes the relationship between Rogers and a skeptical visiting journalist (Matthew Rhys), who functions as a kind of stand-in for cynics everywhere.

Just as last year's hit documentary "Won't You Be My Neighbor?" ($22.8 million in ticket sales) proved, audiences are eager to reconnect with kind-hearted altruism of Fred Rogers.

"There's a reason that everybody feels so connected to him right now," says Heller. "I don't know, some collective consciousness thing where we all want Mr. Rogers in our life right now — myself included."

The most affection ode to moviegoing might come, ironically enough, from Netflix. "Dolemite Is My Name" (Oct. 4) stars Eddie Murphy as Rudy Ray Moore during the making of the 1975 Blaxploitation classic "Dolemite."

A handful of filmmakers will also, for a moment at least, be stepping off the franchise treadmill. In "Jojo Rabbit" (Oct. 18), Taika Waititi will break from "Thor" installments for a madcap Nazi satire in which he, himself, co-stars as Adolf Hitler. In "Knives Out" (Nov. 27), Rian Johnson's follow-up to "Star Wars: The Last Jedi," the writer-director crafts an elaborate Agatha Christie-inspired whodunit.

"It wasn't a break in the sense of 'Oh God, I've got to get out this Star Wars machine.' It was kind of just the next thing I wanted to do," says Johnson, who initially planned "Knives Out" as his follow-up to 2012's "Looper."

"But there was something really nice about the contrast of doing a very dialogue-based movie. I could hire all these fantastic actors and give them a lot of words. It's just been an essential part of 'Star Wars' that to some degree you're always trying to figure out the simplest way to say any thought," says Johnson, who's also developing a new "Star Wars" trilogy. "In that way, it ended up being a really invigorating and exciting film to make coming off of 'Star Wars.'"

"You're going to see big movie stars just having the time of their lives up on the screen," says Johnson. "There was something really appealing about having a character-based movie that wasn't based on some heavy character arc but character-based in terms of a bunch of fun characters."