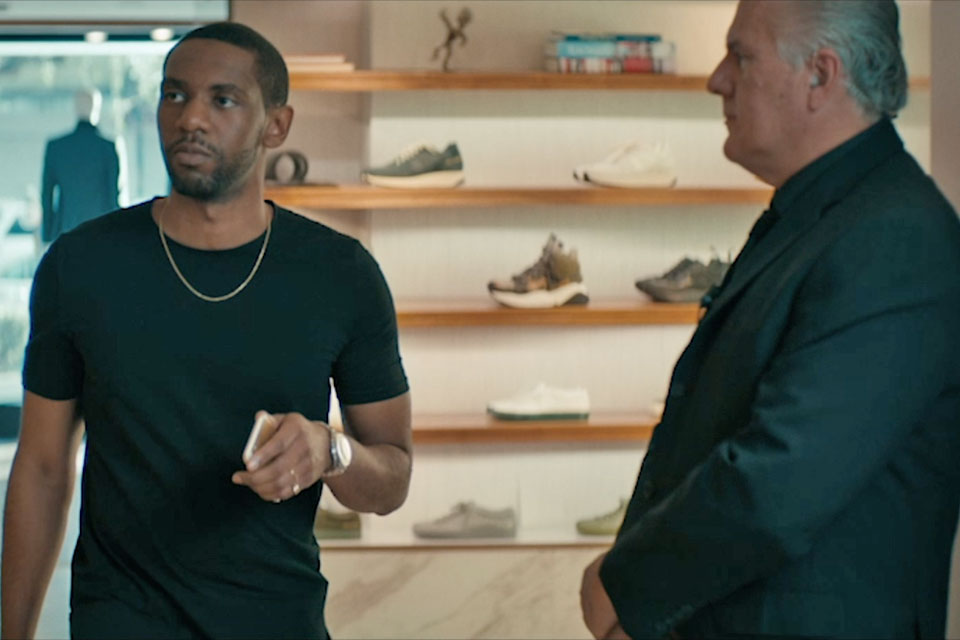 CINCINNATI, June 27, 2019 – Continuing the conversation from its Emmy Award-winning film “The Talk,” Procter & Gamble (NYSE: PG) today released a new film designed to spark reflection and conversation on racial bias and inequality. Titled “The Look,” the film highlights bias as experienced by many Black men in America and is available beginning today together with educational resources at www.talkaboutbias.com. (View the video below)

“We want to live in a world that is equal and inclusive – in race, gender, ethnicity, sexual identity, ability, religion and age – but the reality is, it’s not fully equal or inclusive and one of the core reasons is bias,” said Marc Pritchard, Chief Brand Officer, Procter & Gamble. “Empathy can be a particularly effective antidote to bias, and we created ‘The Look’ to change perspectives, prompt personal introspection, and bring people together for a conversation to ultimately change hearts and minds.”

“The Look” follows a Black man throughout his day as he encounters a variety of ‘looks’ that symbolize a barrier to acceptance. In the film, the windows of a passing car are raised after his son waves to a young girl in the back seat, occupants of an elevator seem to shut him out as he approaches and workers in a department store watch him with suspicion as he shops. For each scene, historical records and contemporary stories are provided to spark discussion and understanding on how these small ‘looks’, whether intentional or not, can have a potentially bigger impact. The film ends with the line ‘Let’s talk about the look so we can see beyond it.”

“We believe we have a responsibility to use our voice in advertising as a force for good by addressing issues like bias.

“As it has already done for so many who have seen ‘The Look’, we hope this film leads to constructive conversation, understanding and positive action,” Pritchard added.

The film and website were produced in collaboration with Satruday Morning, a creative collective founded by executives in the advertising industry who came together to create ideas that bring awareness to and shift perceptions on racial bias and injustice.

“The story of ‘The Look’ is based in the real-world experience of thousands of Black men across the country who experience bias in different ways, big and small, every day. This film is an opportunity for the world to see – and feel – what it’s like to walk in their shoes,” said Kwame Taylor-Hayford, a co-founder of Saturday Morning. “Partnering with companies like P&G on thought-provoking and authentic work like ‘The Look’ will lead to deeper and richer conversation that will inspire change.”

“Bias is part of the human condition, something we all have and something we all experience. It is most frequently unconscious, formed by generations of social norms. ‘The Look’ is designed to constructively challenge people to look beyond what they think they see,” said Damon Jones, Vice President, Global Communications and Advocacy, Procter & Gamble.

“Beyond highlighting bias, this film also celebrates the strength, humanity and resilience of Black men who are thriving amidst many obstacles. It is one part of a comprehensive effort that will help address individual and institutionalized bias to create meaningful change.”

Over the past year, P&G partnered with BET Networks on a comprehensive study of Black men, called Black Men Revealed, highlighting compelling data on prevailing narratives in media and entertainment, including those on parental involvement, relationship status and economic pursuits. Insights from this study are being shared with groups across the country to enable more accurate, positive portrayals of Black men in film, television and news – all key factors in addressing the underlying bias in society.

“The Look” was shot by a deliberately diverse leadership-duo, Director Anthony Mandler of Stink Films with Malik Sayeed as Director of Photography, and is launching as part of an integrated campaign. It will be followed by a series of nationwide community conversations, individual and classroom educational resources and reading guides, informative and inspirational podcasts, virtual reality extensions and ongoing digital and social media activities through the end of 2019. This program is designed to go beyond simple awareness and equip and enable individuals and communities with tools to create lasting, substantive change.