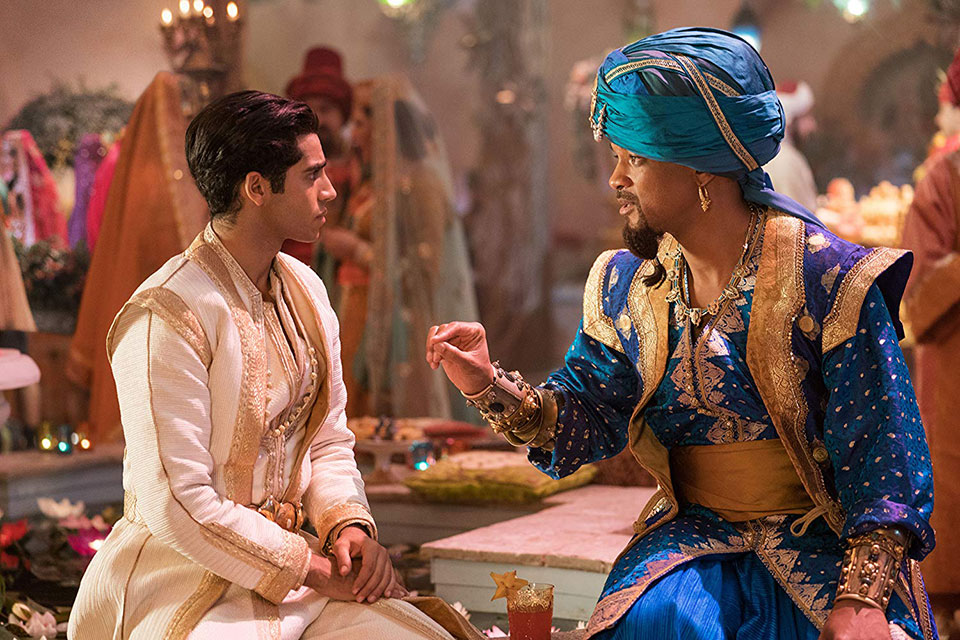 Aladdin (PG for some action/peril) Mena Massoud stars as the title character in this classic fairytale about a street urchin vying with a power-hungry Grand Vizier for a magic lamp. Cast includes Naomi Scott, Will Smith and Billy Magnussen.

Booksmart (R for strong sexual content and language throughout, drug use and drinking, all involving teens) Buddy comedy about a couple of straight-laced, straight-A student BFFs (Kaitlyn Dever, Beanie Feldstein) who decide to cram four years of fun into one night on the eve of their high school graduation. Directed by Olivia Wilde, with Lisa Kudrow, Will Forte and Jason Sudeikis.

The Tomorrow Man (PG-13 for brief strong language and some suggestive material) John Lithgow stars in the title role as a doomsday prophet preparing for disaster with a girlfriend who is a hoarder (Blythe Danner). With Derek Cecil, Eve Harlow and Katie Aselton.

Halston (Unrated) Reverential biopic about the fashion guru of the ‘70s who created a business empire by taking the biggest gamble of his life. With commentary by Liza Minelli, Marisa Berenson and Alva Chinn.