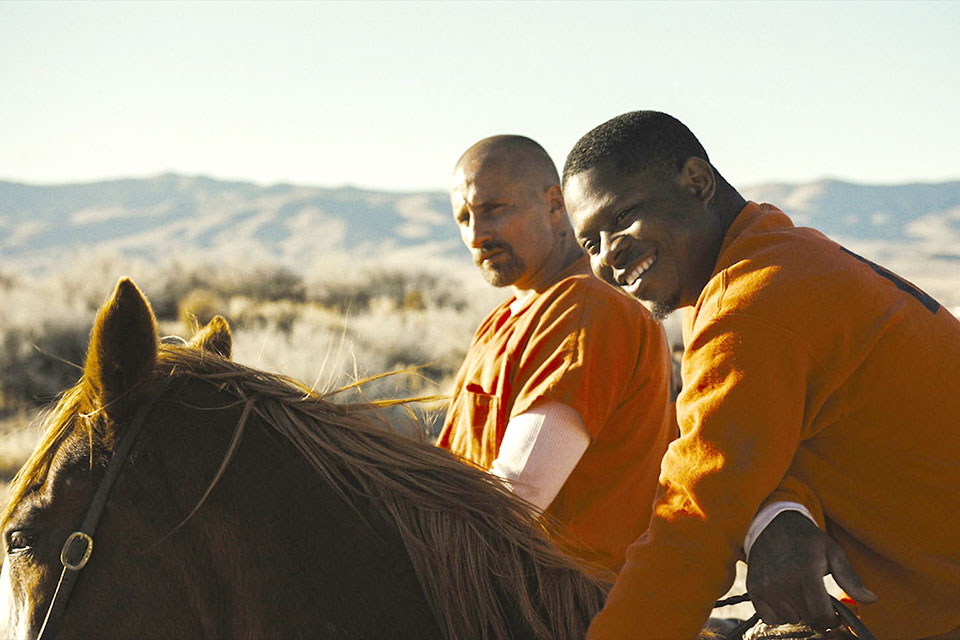 Roman Coleman (Matthias Schoenaerts) has too quick a fuse to think before he acts. That's why he's done a dozen years and counting in a maximum-security prison for impulsively delivering a brutal beating that left his victim permanently brain-damaged. (View the trailer below)

Even while incarcerated, Roman's never learned to control his temper. Consequently, he's voluntarily spent the bulk of his time in solitary confinement.

A shot at rehabilitation finally arrives when Myles (Bruce Dern), a salty, old horse whisperer, offers Roman a spot in his program pairing inmates with wild mustangs. The hope is that each participant will learn to tame his own raging inner soul while bonding with his stallion.

Roman grudgingly accepts the invitation, before being assigned to work with a bucking bronco he names Marcus. Under the watchful eye of the sage trainer, con and colt do gradually take to each other, although not without its share of fits and starts.

Marking Laure de Clermont-Tonnerre's nonpareil directorial debut, The Mustang is a character-driven masterpiece co-starring Matthias Schoenaerts and Bruce Dern. The two generate considerable chemistry in the course of delivering powerful performances against a variety of visually-captivating backdrops, ranging from the vast expanse of a barren, Nevada desert to the claustrophobic confines of one of the State's penal institutions.

An emotionally-engaging meditation on redemption inspired by a real-life program helping inmates turn their lives around.

Return to Freedom is a national wild horse conservation organization, to learn more about America’s wild horses and how you can get involved in the effort to protect them, visit https://www.returntofreedom.org