Oregon Children's Theater Produces Diary of a Spider, a Worm, and a Fly 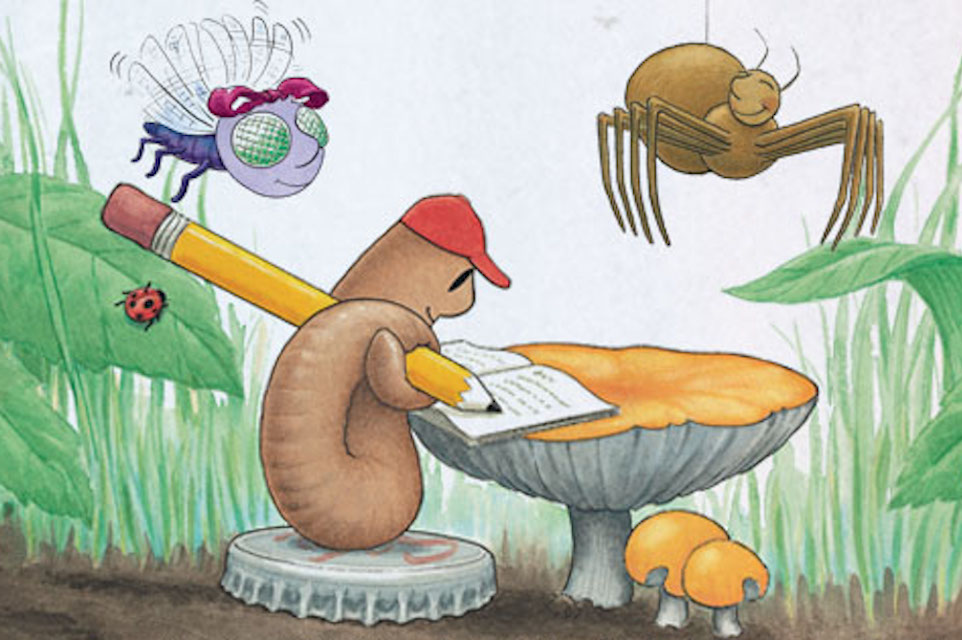 Portland, OR – Is Spider getting too big for his own skin?  Will Fly find her superhero powers in time to save her Aunt Rita from peril?

Will Worm learn to stand on his own two feet...even though he doesn't have feet?

Take a look at the world from a bug's perspective and you'll see that their lives are a lot like ours.

Based on the best-selling children’s book series Doreen Cronin and Harry Bliss, Diary of a Spider, a Worm, and a Fly, the production was originally commissioned by Oregon Childrens Theater and performed on the Newmark stage in January 2011.

Artistic Director Stan Foote chose to remount the production this year because the themes in this enduring children’s story reflects on many fears and challenges young children face in their daily lives.

“These themes are universal for children and adults,” Artistic Director Stan Foote explains.

“We all have experiences feeling scared and excited about changes in our lives, and it’s a valuable reminder that what makes us different from one another also makes us unique, and these differences strengthen our community.”

The majority of the cast are also members of the Young Professionals Company, OCT’s mentoring program for teens ages 14 to 18 years old.

“I’ve watched these talented actors grow through the YP Company, and it’s exciting to see it all come together on stage.

"The Young Professionals Company offers training and professional experiences which have paid off in their auditions, their dedication in the rehearsal hall, and their stellar performances.

"These are amazing individuals to work with, and I’m excited to see them take their YP experiences to the OCT Mainstage.”