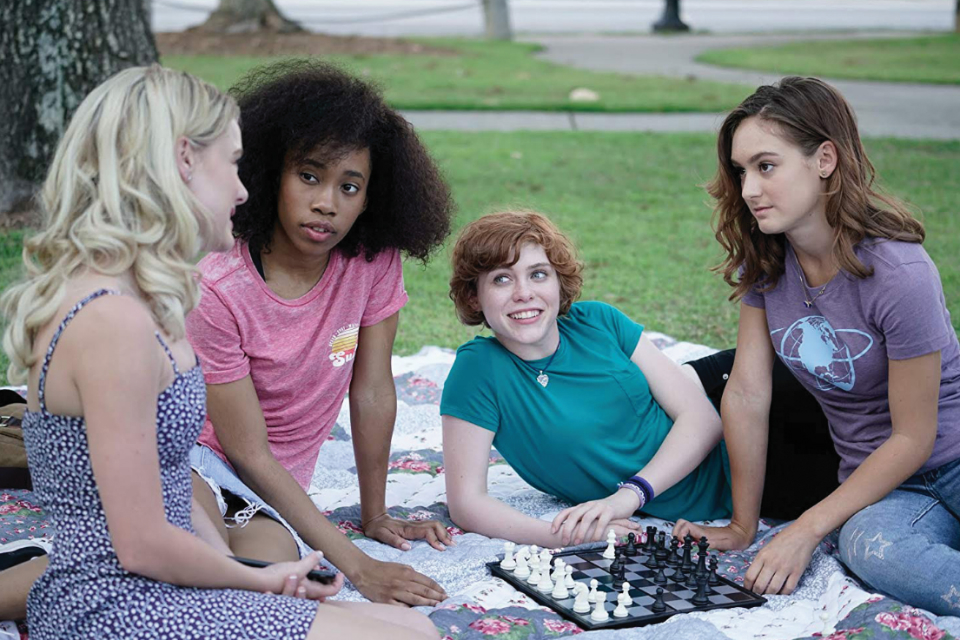 After the untimely death of his wife, Carson Drew decided he and his daughter Nancy (Sophia Lillis) might benefit from a change of scenery. So, they moved from Chicago to an idyllic oasis in suburbia called River Heights.

The relocation proved to be far more of a challenge for Nancy than her civil rights attorney father, a pillar of the legal community, since the 16-year-old found herself having to adjust to a new school. Plus, the picture-perfect town seemed pretty dull, at first blush, to a thrill-seeker born with a sense of adventure.

When we're introduced to our heroine during the opening credits, she's careening around corners on a skateboard, the driving soundtrack repeating the refrain, “I'm more than just a girl!” ad infinitum. And after star Sophia Lillis takes off her helmet and shakes her fiery red mane in the wind, one can't help but notice her uncanny resemblance to a young Amy Adams.

But I digress. Fortunately, it doesn't take long for Nancy to find a couple of kindred souls in George (Zoe Renee) and Bess (Mackenzie Graham), in classmates also saddled with a low social status.

Bess is being teased by “boy most likely” Derek (Evan Castelloe). Feisty Nancy puts an end to the bullying by setting up a stunt that turns his skin blue while showering. Sure, she has to do some community service for the prank, but it solidifies her relationship with Bess and George.

All of the above is prologue for the ensuing case of “The Hidden Staircase,” a multi-layered mystery which holds up well for story published in 1930. The plot thickens when Flora (Linda Lavin) asks Nancy and company to investigate the paranormal activity inside her scary, old mansion, the Twin Elms.

Is the house haunted or might this merely be a hoax and the handiwork of a revenge-minded Derek? A delightful whodunit/tale of female empowerment!