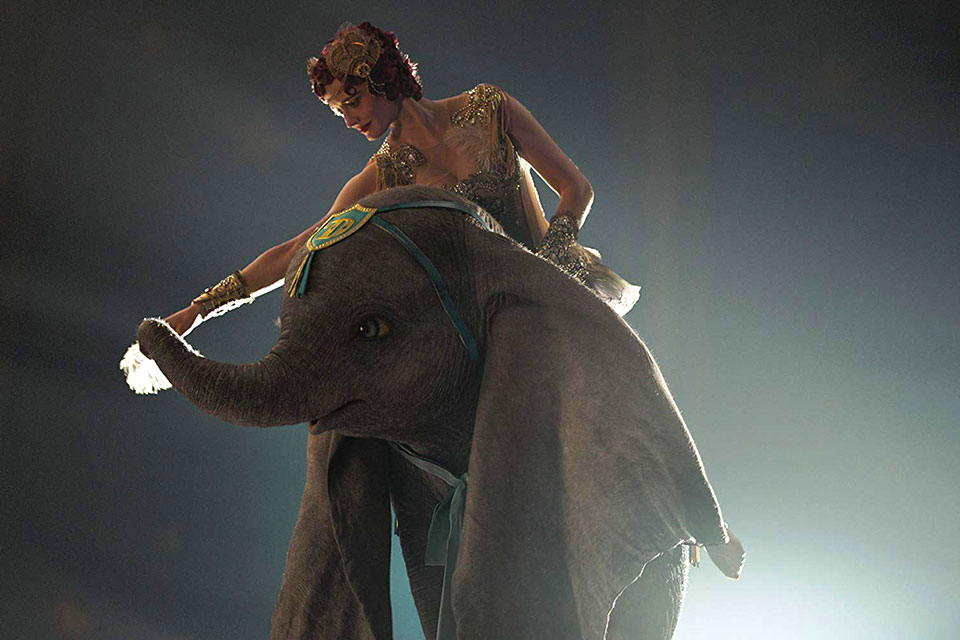 Dumbo (PG for peril, action, mature themes and mild epithets) Family-oriented fantasy about a baby elephant with big ears who's the laughingstock of the circus until it is discovered that he can fly. Co-starring Colin Farrell, Danny DeVito, Alan Arkin, Eva Green and Michael Keaton.

The Beach Bum (R for pervasive profanity, graphic sexuality, and drug and alcohol abuse) Matthew McConaughey plays the title character in this screwball comedy revolving around the misadventures of a hedonistic rebel who lives by his own rules. With Snoop Dogg, Isla Fisher, Martin Lawrence, Jonah Hill and Zac Efron. (In English and Spanish with subtitles)

Diane (Unrated) Mary Kay Place portrays the title character in this poignant portrait of a selfless soul who divides her time between charity work and trying to save her drug-addicted son (Jake Lacy). With Estelle Parsons, Andrea Martin and Joyce Van Patten.

Notebook (Unrated) Romance drama, set in Kashmir, about a soldier-turned-teacher (Zaheer Iqbal) who falls in love with a colleague (Pranutan Bahl) after reading a diary she left behind in a classroom. Featuring Muazzam Bhat. (In Hindi with subtitles)

A Vigilante (R for profanity and violence) Olivia Wilde handles the title role in this revenge thriller about a battered housewife who takes the law into her own hands on behalf of herself and other victims of domestic abuse. With Morgan Spector, Kyle Catlett, Tonye Patano and C.J. Wilson.