PassinArt Presents ‘The NO Play’ 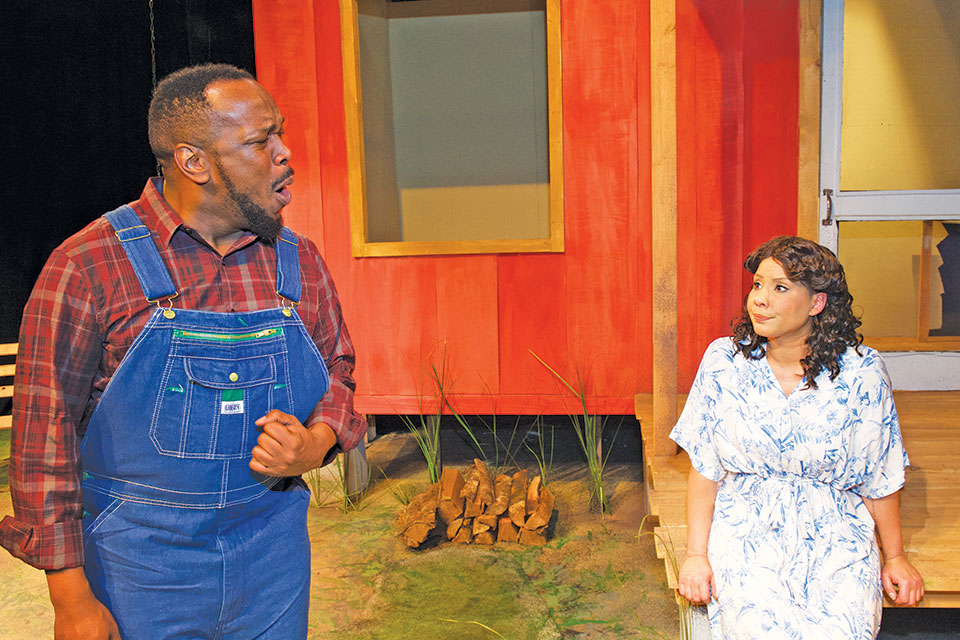 The racially charged words on a road sign placed at the entrance of a small Southern town is not only the title of the latest play in production by PassinArt. It is also a reminder of how America’s racist history serves as a symbolic cipher of our future - if we allow it.

“Except for the fact you know it’s 1949, the issues are the same as today,” notes David Meyers, a longtime professional actor on stage, television and film and radio, who portrays the script’s only non-Black character. “What we thought we had conquered in this country simply went behind closed doors.” 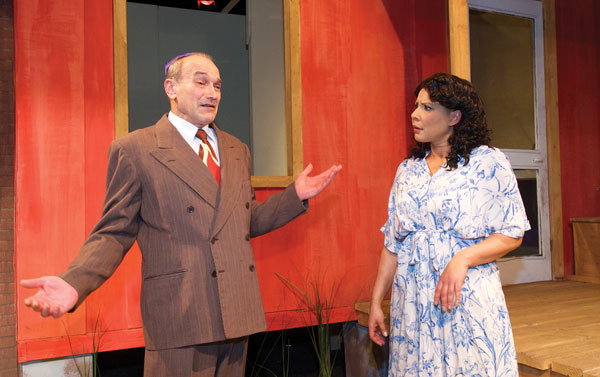 David Meyers and Andrea White in "The NO Play"“The NO Play,” which runs March 15 through April 14 at the Interstate Firehouse Cultural Center, 5340 N Interstate Ave., centers around the pre-World War II experiences of an African American family, the Cheeks, living in the backwoods of a North Carolina town that was purposely created to be White-only. Meyer’s character, a Jewish scholar, pays the Cheeks family to help him research a book that compares the effects of anti-Black prejudice with anti-Semitism.

“I can hear the voices of my history in these characters,” says Drammy Award-winning actor and director Andrea White, whose ethnicity is both Jewish and African American. In “The NO Play,” she portrays the church-going, fiercely principled matriarch, Mattie Cheeks.

“It’s a daunting thing but it’s beautiful, too, to give these people voice.”

PassinArt, which was founded in 1982, tends to produce plays written by Black playwrights about the Black experience and addresses critical – and at times, provocative – issues facing the Black community. PassinArt’s artistic director, Jerry Foster, said he shelved “The NO Play” script for years before Foster decided to introduce it as the last production of PassinArt’s 2018-19 season. It was written by John Henry Redwood III, who died in 2003.

According to Foster, Redwood didn’t give the play a title until after he wrote it, which was his artistic process.

Foster then called on William Earl Ray of Texas to shape the production. Ray has directed several plays for PassinArt over the last 18 years, including August Wilson’s “Two Trains Running” last year, for which Ray was nominated for a Drammy Award.

The second character in “The NO Play” is Rawl Cheeks, played by James Dixon – who was raised in North Carolina. Rawl wants to save enough money to send his two daughters to college. So, the Cheeks family begrudgingly develops a close relationship with Jack to supplement the income that Rawl earns by “digging up White folks’ graves” in Alabama.

As the South was a dangerous place for non-Whites after dark, the characters in the play develop a familiar chemistry and often encourage each other to “be safe.” Once Rawl leaves the state, however, the females are left unprotected.

Overall, “The NO Play” is about an African American woman struggling to raise her two daughters and protect her marriage. It tests the strength of family bonds, love and elevates the issue of forgiveness.

“As our audiences in Portland are mostly White, I would want them to walk away acknowledging that people of different experiences have things that happened to them – just different things – that they should be sensitive to,” notes Sami Yacob-Andrus, who convincingly portrays the Cheeks’ teenage daughter, Joyce Cheeks. 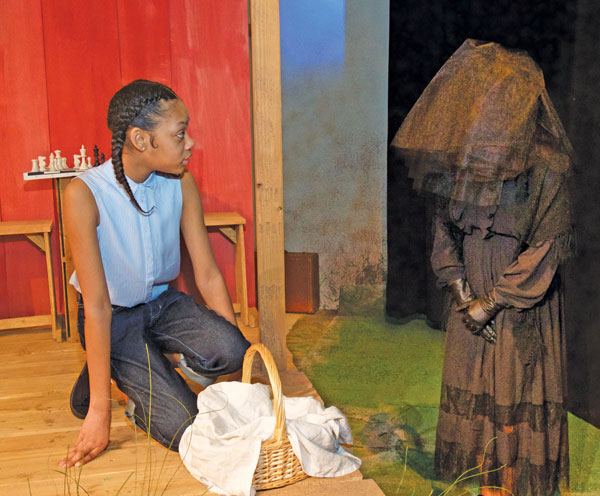 Cobi Flowers and Lydia Fleming in "The NO Play"Yacob-Andrus, a 20-year old college student at Portland State University, began her professional acting career at age 14, with a Bob’s Red Mill commercial. She has since appeared in several network television shows, including NBC’s “Grimm” series, music videos, commercials, films and plays. The Cheeks’ youngest daughter, Matoka, is portrayed Cobi Flowers, granddaughter of Dr. Billy Flowers, a well-known chiropractor and Portland native. Both Flowers and Yacob-Andrus were actresses in PassinArt’s 2016 production of “Smoldering Fires,” which highlighted the role of youth in the Civil Rights Movement.

“The only way that we’re going to continue to keep our supply of actors is that we train them, and we provide them with an opportunity to stretch and challenge themselves,” Foster explains. “We pass art and culture from one generation to the next.”

White is a frequent, featured actress in PassinArt productions. She said she has found herself emotionally drained by the depths of the impact of the underlying messages of “The NO Play” for both the African American and Jewish communities. Meyer’s character, for example, escaped the Holocaust and changed his name from Yaveni Aaronsohn to an ethnically ambiguous Jack Arnold. He married a white Southern woman and lived in the Deep South as a “goy,” a Yiddish word for a non-Jew. Anti-Semitic and racially biased references were conversational norms in his home, until Jack “outs” himself as a Jew. White said the character, in some ways, reminds her of her mother’s father; Mattie reminds her of her father’s mother. The play’s other female character, Mattie’s Aunt Cora, is portrayed by Lydia Fleming.

After the nightly, four-hour rehearsals, White says she takes extra showers and baths to shake off the weight of the everyday trauma that lived in the bodies of Southern Black woman. This washing ritual reminds her of the grace she has in her own life.

“I get to take that off and go home and live my life,” White says. “So, I really have to hold myself accountable.”

In the play, the historic sign on the side of the road is a symbolic prologue – in literary language an introduction – to America’s present circumstances. In order to widen the potential audience, The Oregon Jewish Museum and Center for Holocaust Education, which is the largest museum dedicated to the history of the Jewish experience in the state, is offering half-price admission to the Museum to those who attend “The NO Play.”

Official talkbacks are scheduled after the April 7 performance with audience members, artists, community leaders and advocates.