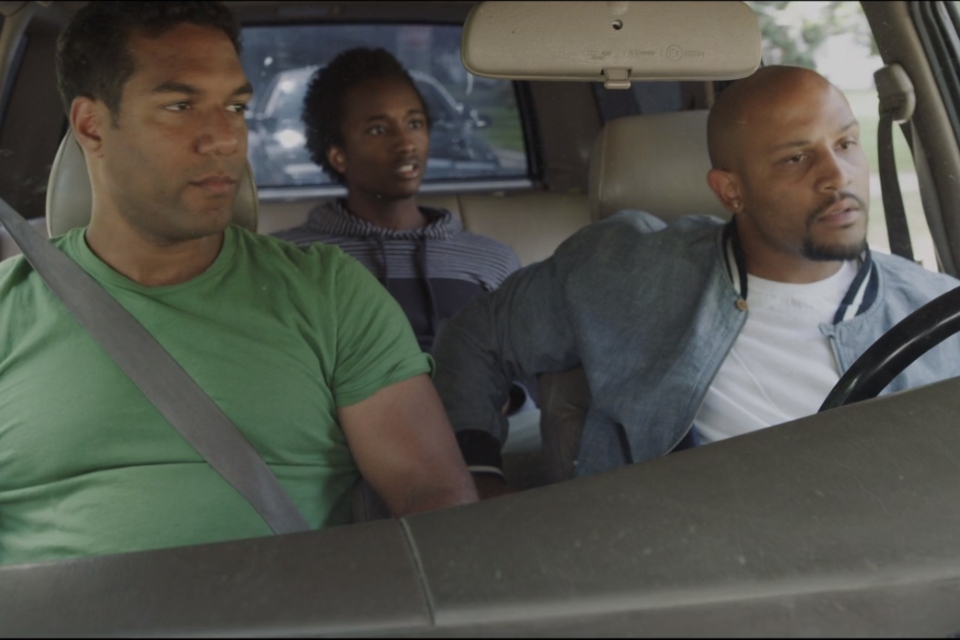 Joseph Grant (Toussaint Morrison) was riding in a car with his brother Cole (Malick Ceesay) and BFF Derek (Geoff Briley) one afternoon when they suddenly found themselves being tailed by a police cruiser. Although they hadn't violated any rules of the road, they were inexplicably pulled over by a couple of overly zealous cops (Addison Pennington and Matt Cedarberg), ostensibly for merely “driving while Black.”

Sitting in the back seat, Cole asked the officers for an explanation for the stop, if they weren't being profiled. Their response was that he matched the description of a suspect they were looking for.

After being asked for his ID and ordered him out of the car, Cole lost his temper. The next thing you know, he wound up on the ground with a pistol to his head. And the bigot with a badge in control of whether he lived or died yelled, “What you looking at, boy?” before callously pulling the trigger.

Witnessing the senseless shooting of his only brother leaves Joe traumatized and Derek is understandably shaken, too. But the two have distinctly different feelings about what to do next.

The former has no faith in the criminal justice system, given the long history of police being found not guilty for the deaths of unarmed African Americans. So, he would just like to get some guns, recruit an army, and lead a violent revolution against the U.S.

By contrast, Derek is interested in mounting a traditional protest, like a Black Lives Matter march; he has no confidence Joe will be able to find any. The ensuing debate of how to respond to Cole's untimely demise sits at the center of “Black,” a thought-provoking morality play written and directed by David J. Buchanan.

Besides the badinage between the buddies, the film intermittently takes a break from the drama for brief, revealing tete-a-tetes with real-life Black folks about their first encounters in life with the cops. The heartfelt recollections shared in these mini-documentaries combine to paint a widespread pattern of discrimination and abuse on the part of the police.

A compelling polemic revolving around a grief-stricken sibling's relentlessly making his case, like a latter-day Nat Turner, for armed insurrection!