Film Review: Bullied Schoolboy Morphs into King Arthur in ‘The Kid Who Would Be King’ 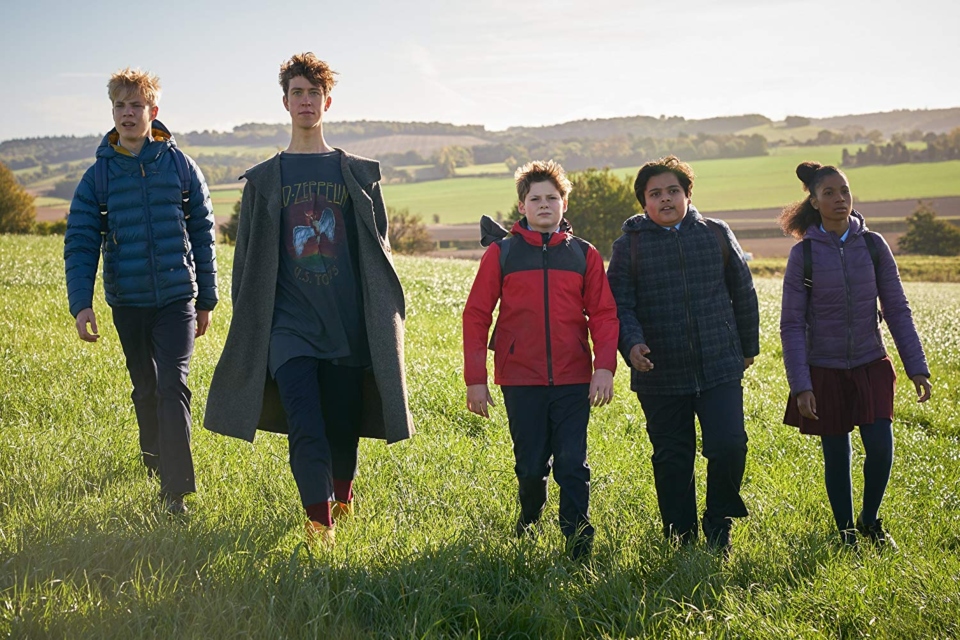 British schoolboy Alex Elliot (Louis Ashbourne Serkis) is the unlikeliest of heroes. After all, the pint-sized 12 year-old and his nerdy BFF, Bedders (Dean Chaumoo), are bullied on a daily basis at Dungate Academy.

Unfortunately, Alex doesn't have a father or a big brother to teach him how to deal with his tormentors. His dad disappeared ages ago, leaving behind a copy of “King Arthur and the Knights of the Round Table” inscribed with a dedication comparing his son to the classic novel's legendary title character.

Sure enough, life starts imitating art the day Alex summons up the courage to intervene when he catches a couple of cruel classmates, Kaye (Rhianna Dorris) and Lance, (Tom Taylor) torturing Bedders. Later that afternoon, Alex yanks out a sword he finds stuck in a boulder on a construction site, a feat reminiscent of how Arthur extracted Excalibur from a stone in accordance with ancient folklore.

Next, a new transfer student, Merlin (Angus Imrie), encourages Alex to embrace his destiny as a latter-day King Arthur. Once convinced, Alex uses his sword to knight not only his buddy Bedders, but their for adversaries Kaye and Lance (aka Sir Lancelot).

With time of the essence, the four join forces with Merlin (aka Merlin the Magician), to defeat Morgana (Rebecca Ferguson) an evil, medieval sorceress bent on world domination. She comes equipped with a scary army of flaming skeletons which the youngsters only have a few days to subdue to prevent a cataclysmic solar eclipse.

Written and directed by Joe Cornish (Attack the Block), “The Kid Who Would be King” is an entertaining re-imagining of a classic epic adventure. Yes, it's rated a tyke-friendly PG, yet it's also well enough crafted to enthrall young and old alike from beginning to end.

A wholesome family treat with an inspirational message!