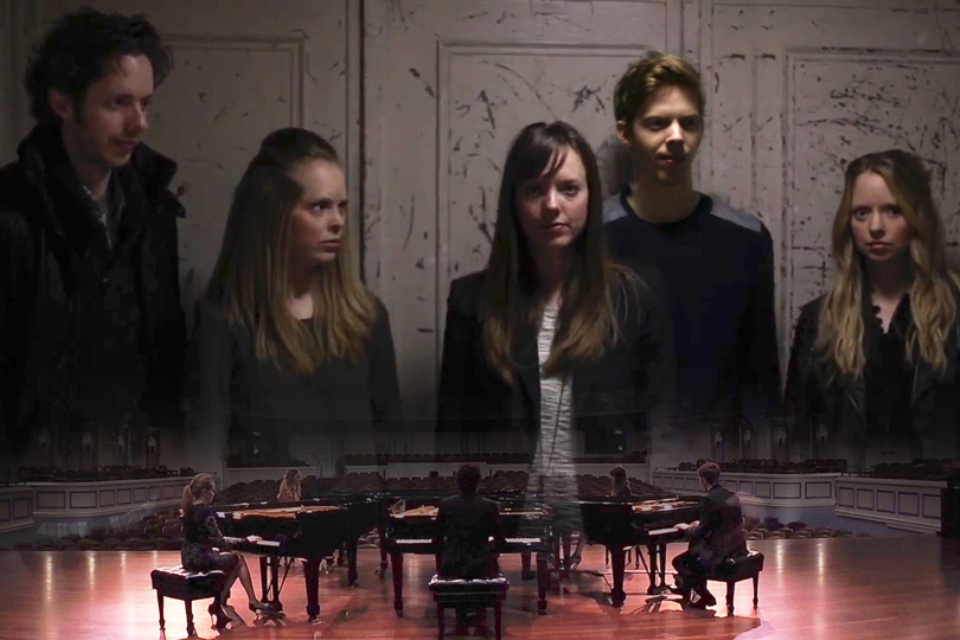 “The 5 Browns” is a musical quintet composed of siblings born in Houston, Texas between 1979 and 1986, all of whom started studying classical piano at an early age. In 1991, they moved to Utah, where they were home schooled. The promising prodigies eventually came to the attention of Juilliard, which made the unusual gesture of enrolling them all to the exclusive conservatory simultaneously.

Desirae, Deondra, Gregory, Melody and Ryan skyrocketed to fame in the wake of a profile in The New York Times which led to further coverage in People Magazine and other popular periodicals as well as to appearances on “Oprah,” “60 Minutes” and “The Tonight Show with Jay Leno.” Meanwhile, they began releasing albums, three of which reached #1 on the classical charts.

Managed by their parents, Keith and Lisa, The 5 Browns went on numerous tours around the world where they would do charity events prior to performing in prominent concert halls. Between mom picking their repertoire and dad overscheduling them, the music wasn't fun anymore and the kids found themselves putting on fake faces onstage.

But far worse was the fact that Keith had been sexually abusing his daughters for years. In 2007, the devastated girls learned about each other and summoned the courage to confront him about the incest. But he failed to exhibit any contrition. Instead, he started representing some aspiring female teen musicians.

Alarmed, Desirae, Deondra and Melody decided to report their father to the police. Keith was arrested, pled guilty to child sex abuse, and is currently serving a sentence of 10 years to life.

When publicized, the tragic revelations shocked the fans of The 5 Browns, given their previously wholesome, happy family image. However, being repeatedly sexually abused by their dad understandably left the girls traumatized, with the stress even causing one to go blind in an eye.

To their credit, Desirae and Deondra are now working with New York Senator Kirsten Gillibrand to extend the statute of limitations for child sex abuse victims. And they have created a non-profit organization called The Foundation for Survivors of Abuse.

All of the above is chronicled in engaging fashion in “The 5 Browns: Digging Through the Darkness.” The revealing documentary marks the latest offering from director Ben Niles, who figured out how to handle a very difficult subject with just the right balance of probing and sensitivity.

A moving tale of survival that's timely, too, given the emergence of the #MeToo movement.