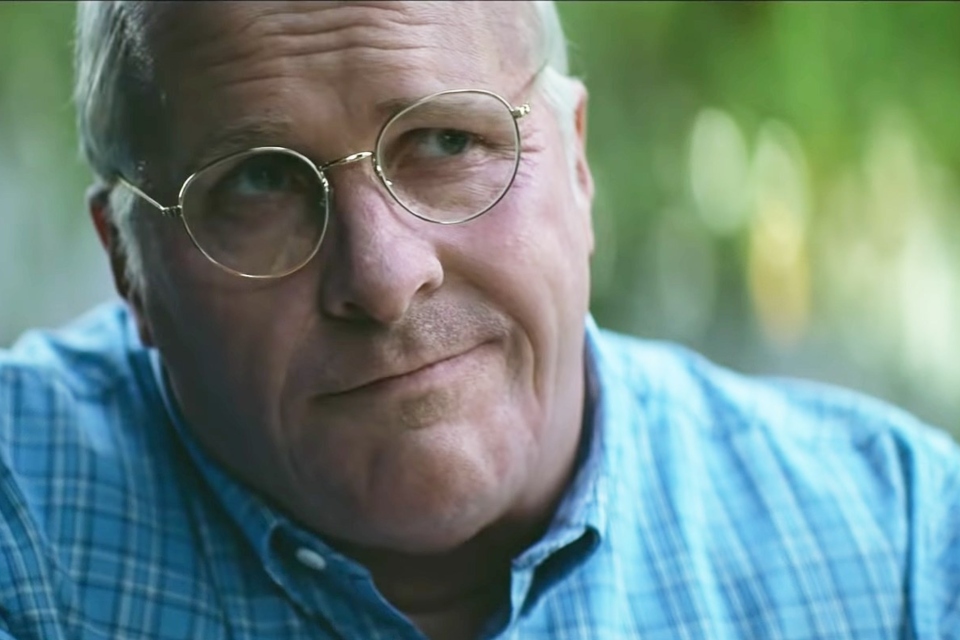 Who is the real Dick Cheney (Christian Bale) and how did he become the most powerful vice president in U.S. history? Those are the fundamental questions explored by “Vice,” an alternately hilarious and sobering biopic written and directed by Adam McKay.

McKay won an Oscar in 2016 for his brilliant adaptation of “The Big Short,” the Michael Lewis best seller chronicling the complicated series of events leading to the stock market collapse of 2008. Nevertheless, he probably remains better known for having previously directed a string of sophomoric comedies starring Will Ferrell, including “Anchorman” and “Anchorman 2,” “Talladega Nights,” “Step Brothers” and “The Other Guys.”

Despite Vice's relatively-sophisticated subject matter, McKay's comedic roots are showing here. And while all the jokes might prevent the audience from taking the events depicted as gospel truth, the humorous asides serve as a very welcome relief from an otherwise scary tale of blind ambition. They also have the effect of injecting a little personality into a guy who was basically a boring bureaucrat.

The picture's point of departure is Cheney's wayward youth marked by multiple arrests for driving under the influence and flunking out of Yale University. Back home in Wyoming, he finally gets his act together with the help of his childhood sweetheart-turned-wife, Lynne (Amy Adams). She reads him the riot act, making it clear she's unwilling to be married to an underachieving loser like her late father.

Soon, Cheney picks politics as a career path, starting out as an assistant to Donald Rumsfeld (Steve Carell) in the Nixon administration. He held a number of other positions before becoming President Ford's White House Chief of Staff.

He subsequently represented Wyoming in Congress for a decade before being appointed Secretary of Defense by President Bush 41. In 1995, he entered the private sector to serve as CEO of Halliburton.

He returned to government when George W. Bush wanted him as a running mate, but only on the condition that as veep he'd be in charge of foreign policy, intelligence briefings and numerous executive departments. Bush 43 agrees, thus completing the unlikely evolution of an uncharismatic political hack into a sinister Machiavellian figure with the reins of world power at his disposal.

Credit the chameleon-like Christian Bale for thoroughly disappearing into his role as Cheney. More importantly, Bale plays him with just the right combination of venom and vulnerability to humanize a complicated character quite convincingly.

FYI, Vice is the third film co-starring Bale and Amy Adams. They both received Academy Award nominations for The Fighter in 2011, as well as for American Hustle in 2014, and will undoubtedly do so again for this equally-impressive collaboration. And you can bank on this seriocomic satire garnering a Best Picture nomination, too.