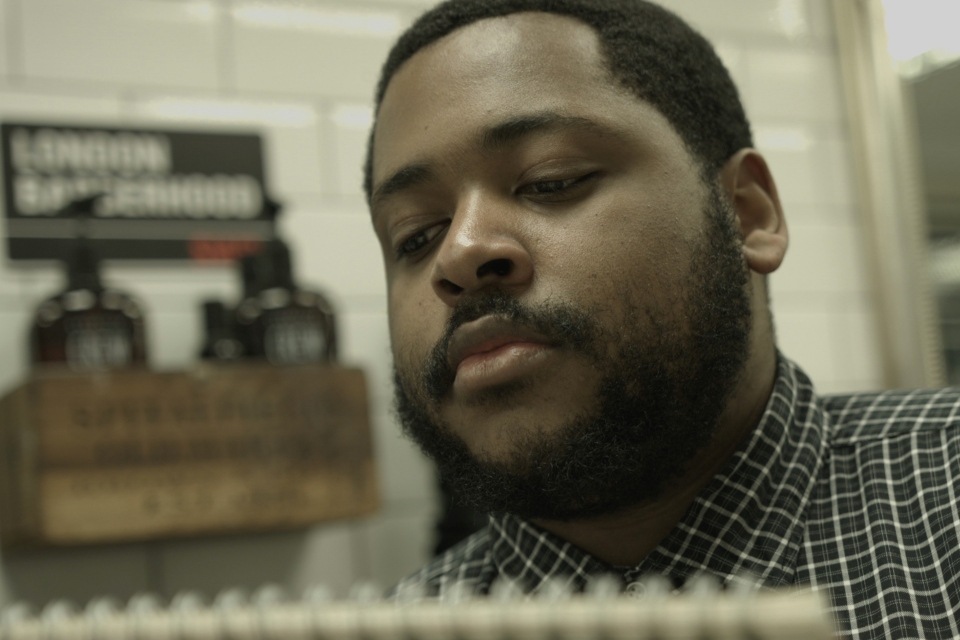 He was born in the UK and raised in Nigeria, returning when he was 16 years old to complete his education at Bede’s School in Sussex. After completing his A-levels, William went on to the MetFilm School at Ealing Studios to study filmmaking and directing.

At 23, he now has a Master’s degree under his belt, and two important film industry awards to boot.

Set in a British city, “The Trespasser” tells of a young man dealing with the passing of his grandmother, a story that is intertwined with an African folktale.

“I am a Catholic and my faith does play a large part in my film,” Boyd said.

“It’s one of the reasons I used the rosary as a symbol depicting the strong bond between a grandmother and her grandson. That kind of bond is a powerful thing, like my relationship with religion.”

At school, Boyd was all set to become an architect.  “Even though I’d planned my future, I was also investigating ways to do what I really love and make a living,” he said. “I really love film. And, after visiting MetFilm School for the first time, I understood that if you’re good enough, and have a little luck, you can thrive.”

Reflecting on his arrival back into the UK, Boyd said, “When I came back to London to stay, I experienced a massive culture shock, I have never considered myself a minority, and my upbringing prepared me to disregard the term, and helped me to overcome barriers. My family is very proud and confident which has taught me that I know who I am, where I come from and what I can do.”

On Friday evening “The Trespasser” was screened at the British Film Industry’s Soul Screen: Connect event and the film was entered in the 2019 London Short Film Festival.