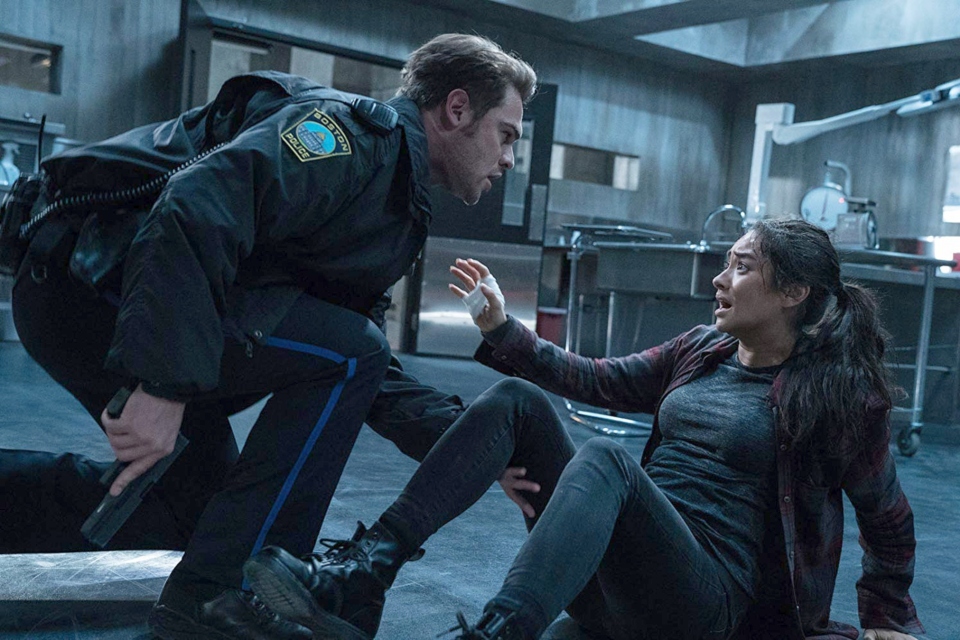 The Possession of Hannah Grace (R for terror and gruesome images) Kirby Johnson plays the title character in this suspense thriller about a cop (Shay Mitchell) who has horrifying visions when she starts working the graveyard shift at a city morgue. With Stana Katic, Nick Thune and Grey Damon.

The Man Who Mends Women (Unrated) Reverential biopic about Dr. Denis Mukwege Mukengere, the altruistic gynecologist who, for the past 20 years, has treated thousands of disfigured and traumatized rape victims of the Congo's civil war. Narrated by Martin Spinhayer, and featuring commentary by Hillary Clinton.

Mirai (PG for scary images and mature themes) Animated fantasy about a 4 year-old boy (Haru Kuroki) who discovers a magical garden which enables him to time-travel to meet relatives from different eras. Voice cast includes Gen Hoshino, Koji Yakusho and Kumiko Aso. (In Japanese with subtitles)

No Shade (Unrated) Romantic dramedy about a successful Black photographer (Adele Oni) frustrated by the fact that the color of her skin is the only thing preventing the man of her dreams (Kadeem Pearse) from falling in love with her. With Sharea Samuels, Judith Jacob and Jade Asha.

People's Republic of Desire (Unrated) Cultural expose chronicling the evolution of China into a country where virtual reality and social media have become more important than real-life human relationships. (In Mandarin with subtitles)

Sicilian Ghost Story (Unrated) Romantic fantasy about a 12 year-old girl (Julia Jedlikowska) who embarks on a search for the classmate (Gaetano Fernandez) she has a crush on after he mysteriously disappears in an enchanted forest. With Corinne Musallari, Andrea Falzone and Lorenzo Curcio. (In Italian with subtitles)

Unstoppable (Unrated) Korean crime saga about a legendary gangster (Don Lee) who comes out of retirement to rescue his kidnapped wife (Ji-hyo Song) from the clutches of a ruthless mob syndicate. Cast includes Noo-Ri Bae, Min-jae Kim and Seong-oh Kim. (In Korean with subtitles)