Film Review: ‘The Girl in the Spider’s Web’ 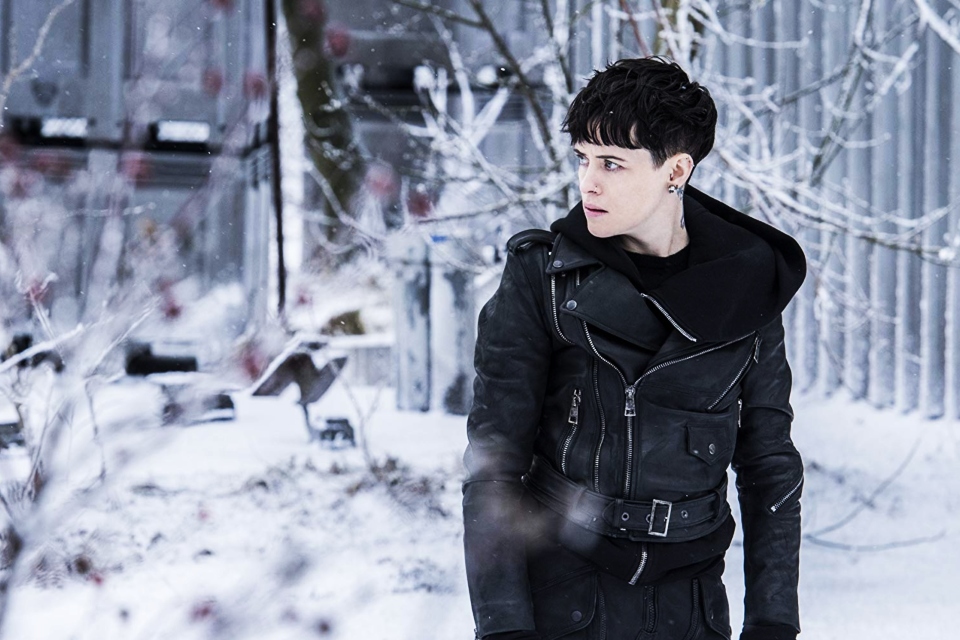 The late Stieg Larsson (1954-2004) is best remembered as the author of the Millennium trilogy of posthumously-published best sellers, all of which were eventually made into feature films (“The Girl with the Dragon Tattoo,” “The Girl Who Played with Fire” and “The Girl Who Kicked the Hornet's Nest”). His Swedish-language psychological thrillers revolved around a crime-fighting duo composed of veteran journalist Mikael Blomkvist and computer hacker Lisbeth Salander.

In 2015, David Lagercrantz wrote the fourth installment in the series, “That Which Does Not Kill Us,” which was lauded as a faithful extension of the famed franchise. That book has now been adapted to the big screen as “The Girl in the Spider's Web.”

Directed by Fede Alvarez (Don't Breathe), the film co-stars Claire Foy as Lisbeth and Sverrir Gudnason as Mikael. Foy, who won an Emmy, Golden Globe and Screen Actors Guild Award for her portrayal of Queen Elizabeth on The Crown. And she's recently been getting a lot of Oscar buzz for her critically-acclaimed portrayal of astronaut Neil Armstrong's stoic wife, Janet, in First Man.

Here, the versatile thespian exhibits an impressive acting range in a demanding role where she plays a traumatized incest survivor turned righteous vigilante. This incarnation of Lisbeth is not only a brainy IT expert but a seemingly invincible heroine with an extraordinary set of fighting, driving and survival skills.

As the film unfolds, we find Lisbeth and her sister Camilla (Sylvia Hoeks) being molested by their father as youngsters. The former makes a daring escape from their snow-capped, mountaintop home -- saving herself, but leaving her little sis behind to be violated by the monster for years.

Fast-forward to present-day Stockholm where vengeful Lisbeth is in the midst of unleashing a string of sadistic vigilante attacks against some of the city's worst misogynists. However, the plot makes a sharp turn into world politics when she and sidekick Mikael are recruited to disable a dangerous computer program developed by America's National Security Agency capable of sabotaging other countries' nuclear defense systems.

What ensues is a grisly game of cat-and-mouse played by spies equipped with state-of-the-art gadgetry. As the body count escalates, the relentless bloodletting is presented in such a stylized fashion that it's never really upsetting until the humdinger of a reveal during the dramatic denouement.

Kudos to Claire Foy for oh so convincingly reimagining Lisbeth Salander as a cartoonish feminist superhero on the order of Wonder Woman!