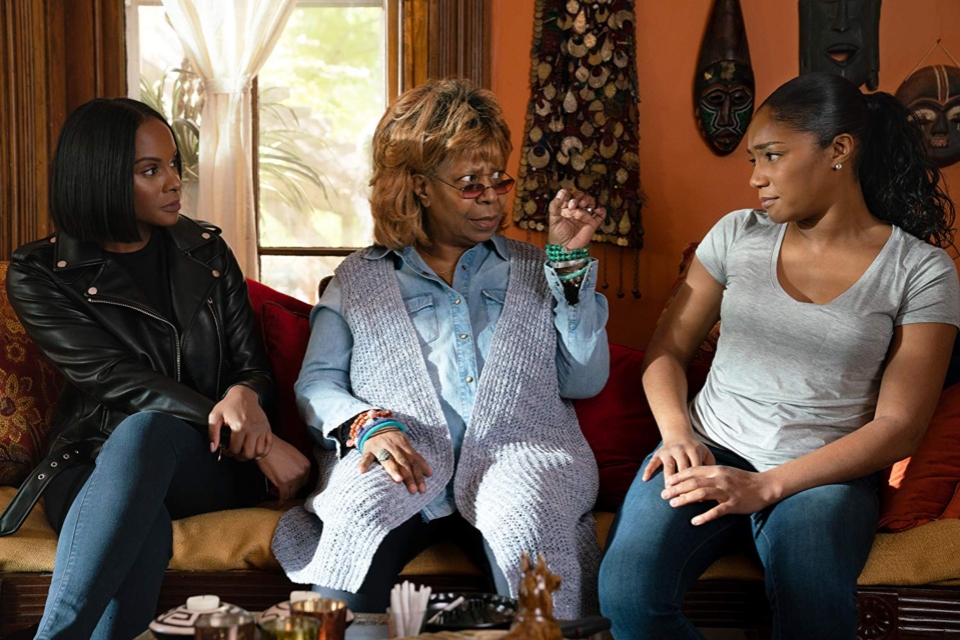 Danica (Tika Sumpter) and Tanya (Tiffany Haddish) may have been raised by the same mother (Whoopi Goldberg), but they're still as different as night and day. The former is a successful businesswoman who was recently promoted to vice president of a leading Madison Avenue advertising firm. By contrast, the latter has spent the last five years behind bars while her sis was climbing the corporate ladder.

Against her better judgment, Danica decides to take Tanya under her wing when she's paroled. So, she not only lets the hot mess move into her upscale crib but helps her land a gig as a barista at a trendy coffee shop.

Trouble is, the prison-hardened Tanya is so rough around the edges that she has no idea how to behave in polite society. Consequently, she can often be found cursing, flirting, menacing and hurling racial slurs behind the counter indiscriminately.

Tanya should thank her lucky stars that her gentlemanly boss, Frank (Omari Hardwick), has a crush on her sister. Otherwise, her job might be in jeopardy. Too bad Danica's already in a relationship with a shady character (Mehcad Brooks) she's never met and has only interacted with over the internet, or she might give Mr. Right a chance.

Thus unfolds “Nobody's Fool,” a fish-out-of-water comedy written and directed by Tyler Perry. Perry's films invariably feature a sassy, trash-talking sister, whether played by him in drag as Madea or, as in this case, by an actress, the irrepressible Tiffany Haddish.

Haddish has been hotter than a pistol since stealing every scene in “Girls Trip” a year ago. Since then, she's hosted Saturday Night Live and co-starred in “Uncle Drew,” “The Oath” and “Night School.”

The problem with “Nobody's Fool” is that it feels like Tiffany briefly parachuted in to do her crude shtick and split without worrying about developing any chemistry with the rest of the cast. Yes, she is the comedienne of the moment and, if all you're looking for is her coarse act, there's plenty of that lowbrow fare to enjoy.

But when Haddish is not lighting up the screen with her over-the-top antics, what's left is just a predictable, poorly-plotted, Tyler Perry morality play.