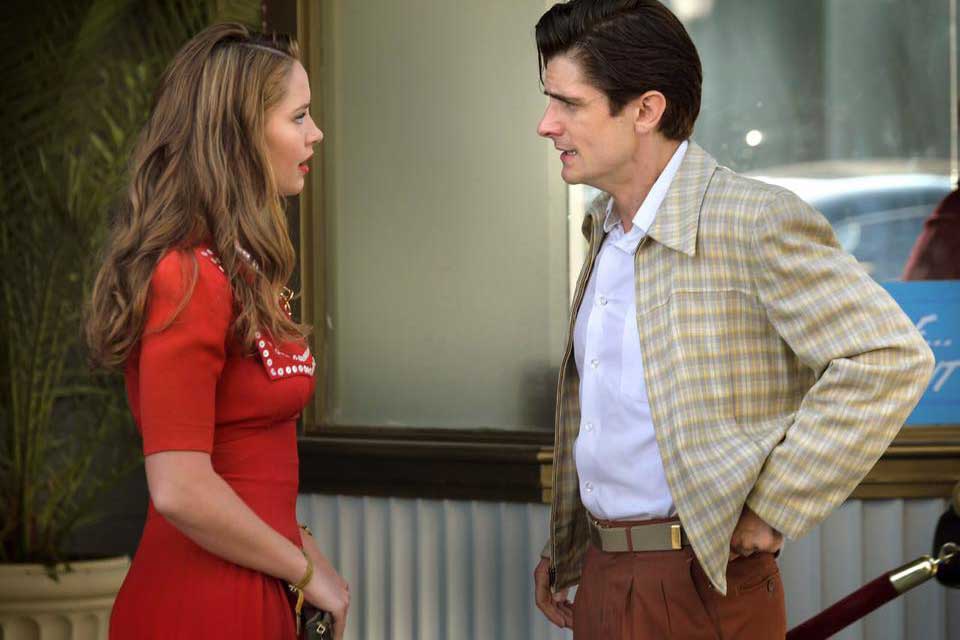 'Unbroken' (2014) was a tale of survival chronicling the ordeal of Olympian/Air Force bombardier Louis Zamperini in a Japanese POW camp during World War II. Directed by Angelina Jolie, the hit biopic was adapted to the screen by the Coen brothers, from Laura Hillenbrand's (Seabiscuit) best seller of the same name. (View the trailer below.)

'Unbroken: Path to Redemption' is also based on Hillenbrand's book, but doesn't have a creative team with as impressive a pedigree. The cast has been totally overhauled, too, with Samuel Hunt now starring as Louie.

'Unbroken 2' picks up where the first film left off. The original closed with a liberated Louie's kissing the ground upon landing back in the states, implying a pat, happily-ever-after ending.

Yes, he does meet and marry the girl of his dreams, Cynthia Applewhite (Merritt Patterson). The two settle in California and start a family. However, Louie remains haunted by flashbacks to his torture at the hands of Corporal Mutsuhiro 'The Bird' Watanabe (David Sakurai), a sadistic guard at Sugamo prison.

Despite being celebrated as a war hero, Louie's suffering from post-traumatic stress disorder prevents him from being a good husband and provider. He becomes an angry, abusive alcoholic before a desperate Cynthia drags him to a Billy Graham (played by his grandson, the Rev. Will Graham) Christian revival being staged in a tent.

The charismatic Baptist preacher's plea to “just reach out and take the hand of Jesus, and every problem will be washed away,” resonates with Louie. When the sinner sinks to his knees, you know salvation can't be far behind.

Need proof of the miracle? Stick around for the closing credits' highlight reel of the two subsequently sharing the stage on the evangelical circuit.