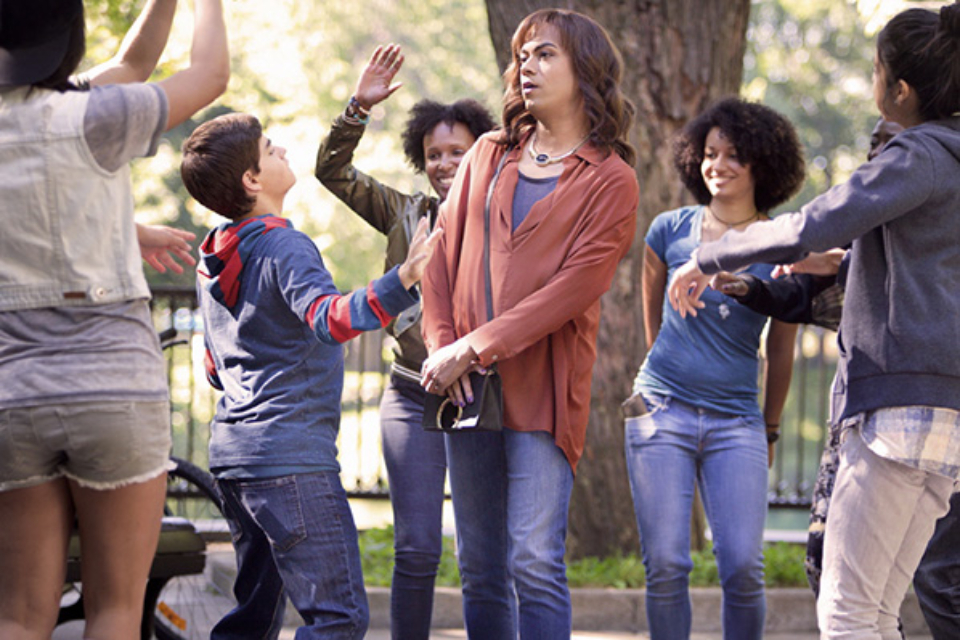 Sid Gill (Debargo Sanyal) is presently being pressured by his East Indian immigrant parents (Zena Darawalla and Gordon Warnecke) to settle down and start a family. They are even willing to find the bride. Trouble is, they have no idea their child is on the verge of gender transitioning.

“My body is a costume I cannot take off,” Sal laments, which explains the feeling that “I must have landed here from Venus.” Nevertheless, Sal is trying to summon up the courage to come out.

Meanwhile, Sal can't figure out why a White kid on a skateboard (Jamie Meyers) has been following Sal around lately. When the character finally confronts the teen on the street, the teenager offers gets a jaw-dropping explanation: “You're my dad!”

Sure enough, Ralph turns out to be the love child of Sid and a high school sweetheart, Kirsten Lewis. Kirsten (Amber Goldfarb) never bothered to tell Sal about the pregnancy, and still doesn't want to have anything to do with him when confronted. So, that adds a little baby-mama drama to the mix.

Oh, and Ralph's arrival threatens to wreck Sid's relationship with Daniel (Pierre-Yves Cardinal). Daniel's deep in the closet and not ready to further complicate his life with a stepson.

All of the above is unraveled and resolved in delightful fashion in “Venus,” a kitchen-sink dramedy written and directed by Eisha Marjara (Desperately Seeking Helen). Though the cross-cultural, cross-generational adventure touches on a variety of themes, what makes it all worthwhile is its timely and tenderhearted exploration of transgender issues.

An apropos redefinition of the meaning of family for the 21st century.