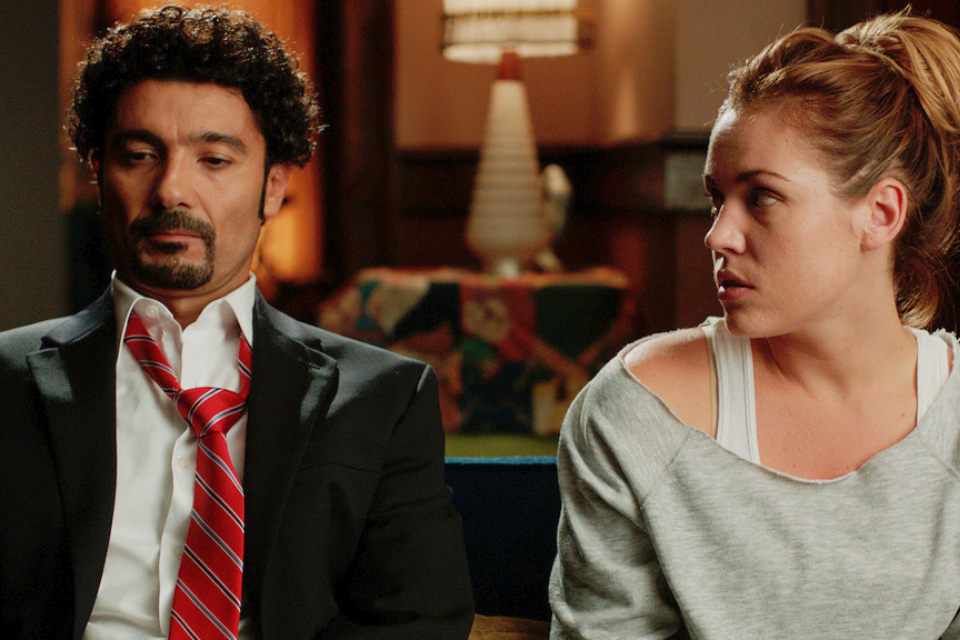 Wilson (Cake-Baly Marcelo) escaped to Hungary a number of years ago after his wife and daughters were slaughtered during civil unrest in his African homeland. The 50-something widower opted to seek political asylum in Budapest rather than continue on to Western Europe like most of his fellow refugees.

After all, he'd taken a liking to the town, and found a nice apartment and steady work as a supermarket security guard. Now, the only thing standing in the way of his staying in Hungary permanently is his repeatedly flunking the country's tough citizenship test.

Not wanting to lose her reliable "Employee of the Year," his boss Eva (Tunde Szalontay) innocently suggests that he take history and language lessons from her sister, a teacher, never expecting it might cause any trouble. But sparks fly between Wilson and miserably-married Mari (Agnes Mahr), and it's not long before their tutorial sessions morph into a taboo whirlwind romance which includes dancing, swimming and dining together.

She finally abandons her husband (Peter Barbinek) and son (Peter Sandor) and moves into Wilson's flat. The plot thickens further, however, when she discovers that he already has a much younger woman living with him. Might he be a bigamist?

He explains that his relationship with Shirin (Arghavan Shekari), an Iranian refugee, is purely Platonic, and that her newborn baby isn't his. Nevertheless, that doesn't sit well with Mari, who obviously isn't comfortable with such an unorthodox arrangement.

Thus unfolds “The Citizen,” a poignant, cross-cultural love story directed by Roland Vranik (“Transmission”). What makes the film unique is the advanced age of the protagonists, since most romance dramas revolve around considerably younger couples.

A touching, timely and zany soap opera ostensibly reflecting the sensibilities of the modern Immigration Era.

In Hungarian with subtitles