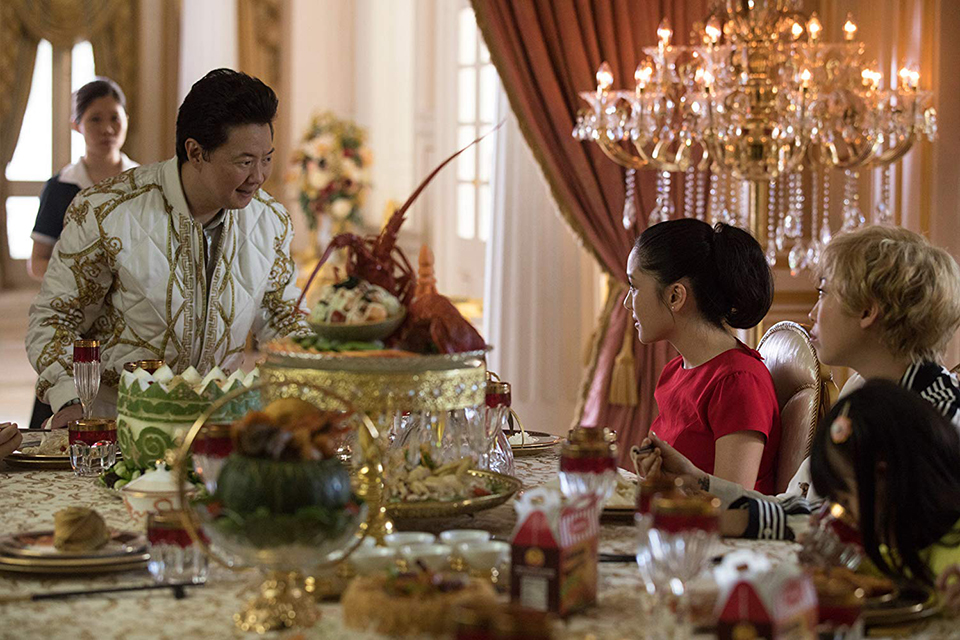 Even though Nick (Henry Golding) and Rachel (Constance Wu) have been dating for a few years, they don't know much about each other's background. That's because they live in New York City, where he's never bothered to reveal that he's from one of the wealthiest families in Singapore, and she's never talked about her humble roots, having been raised by a single-mom immigrant (Kheng Hua Tan) to the U.S. from China.

The difference in social status never affected their relationship, since Nick's so unassuming, and ambitious Rachel beat the odds by getting a great education en route to becoming an economics professor at NYU. In fact, they've gotten along so well that he's seriously considering proposing. He's even picked out a diamond ring.

However, he'd first like to take her home to meet the folks, especially his domineering mother, Eleanor (Michelle Yeoh). An opportunity arises when Nick is invited to Singapore for the impending wedding of his best friend, Colin (Chris Pang).

Rachel agrees to go and upon arriving finally learns that her beau is one of the island's most eligible bachelors. However, not only does she soon find herself unfairly accused of being a gold digger, but she's warned "You will never be enough!" by his disapproving mom.

Will class differences doom this fairy-tale romance? Or will Rachel win over Nick's relatives and friends during her brief stay? That is the burning question fueling the fires of “Crazy Rich Asians,” a delightful dramedy directed by Jon M. Chu (“Now You See Me 2”).

Based on Kevin Kwan's semi-autobiographical novel of the same name, the film features a colorful cast of characters played by a talented ensemble of Asian actors. Besides the love story at the heart of the tale, the picture features enough comic relief and intriguing subplots to hold you in its thrall from beginning to end.

It's hard to fathom why it has taken Hollywood a quarter century to mount another Asian-centric, big budget production like this, given the success of “The Joy Luck Club” in 1993. And don't let the title fool you. This engaging, cross-cultural saga is a surefire hit with universal appeal!