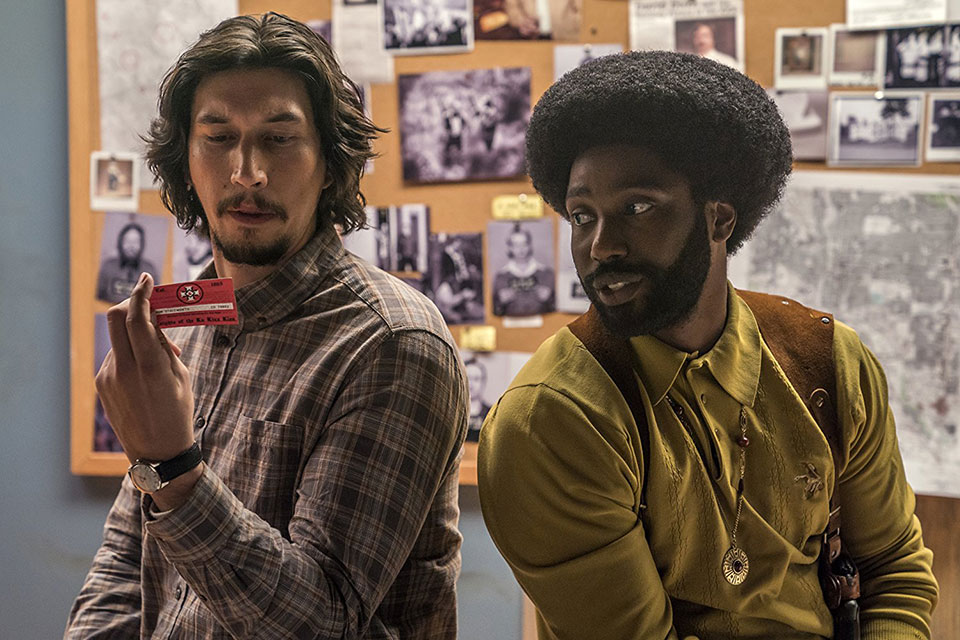 Back in the ‘70s, Ron Stallworth became the first African American to join the Colorado Springs Police Department. The ambitious, young college grad was soon promoted to detective, and his initial undercover case involved covering a Stokely Carmichael (Corey Hawkins) rally when the incendiary Black Power advocate was invited to speak at Colorado College. (Watch the trailer below.)

But his most unlikely mission involved infiltrating the local chapter of the Ku Klux Klan. Here's how that came to pass. Using his real name, he impulsively answered a classified ad recruiting new members, not knowing what to expect.

When the organization subsequently contacted him by phone, Ron adopted a White accent and complained bitterly about his sister's dating a Black man. That was all that it took for him to get invited to the next Klan meeting and to secure a membership card signed by Grand Wizard David Duke (Topher Grace).

Instead of blowing his cover by showing up himself, Ron asked a Jewish colleague, Flip Zimmerman (Adam Driver), to attend and impersonate him. Despite several close calls, the two managed to closely monitor the Klan's movements over the next nine months.

That alternately comical and life-threatening assignment is the focus of “BlacKkKlansman,” a thought-provoking dramedy adapted by Spike Lee from Stallworth's memoir of the same name. The movie made quite a splash at the Cannes Film Festival earlier this year, where it won the Jury's Grand Prize.

What makes the picture work is the way in which it mocks the small-minded Klan members' racist attitudes and behaviors. However, it simultaneously serves as a timely cautionary tale by juxtaposing that shameful chapter of American history with a closing credits newsreel of the neo-Nazi march in Charlottesville last summer which culminated with the murder of Heather Heyer when a White supremacist plowed his car into a parade of peaceful counter-demonstrators.