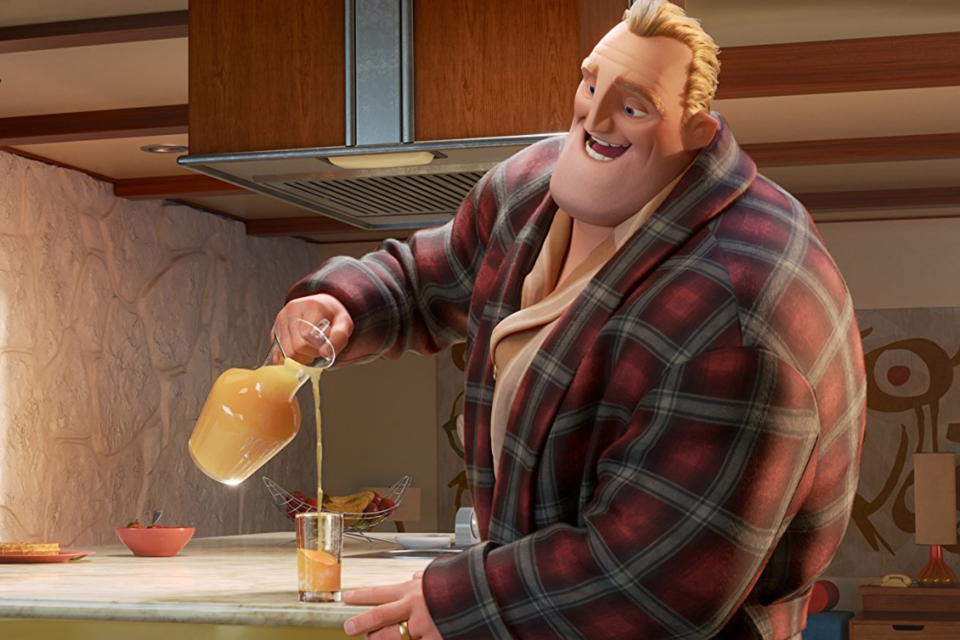 It's hard to fathom why it has taken Disney and Pixar 14 years to release a followup to “The Incredibles.” After all, it not only won the Academy Award for Best Animated Feature, but it grossed over $600 million at the box office. During the interim, creator Brad Bird instead made “Ratatouille” (2007), “Mission: Impossible” (2011) and “Tomorrowland” (2015) before turning his attention to writing and directing “Incredibles 2.”

The great news is that this thoroughly entertaining sequel is well worth the wait. And most of the actors playing members of the crime-fighting Parr family are back. Craig T. Nelson and Holly Hunter reprise their roles as parents Bob (Mr. Incredible) and Helen (Elastigirl), as do Eli Fucile and Sarah Vowell as baby Jack Jack and 14 year-old Violet. 10 year-old Dash is now portrayed by Huck Milner, since the original kid's voice deepened.

The picture picks up precisely where the first left off. Jack Jack is still a toddler, but learning to harness the superpowers that had just started to manifest towards the end of the previous episode. At the point of departure, we find the Parrs being forced into retirement by a government agent (Jonathan Banks) because of the costly collateral damage of their last operation.

Of course, that doesn't last long. Helen is soon coaxed back into her stretchy superhero suit by a rich fan (Odenkirk) for a photo op designed to resurrect her disgraced clan's image. The impromptu sex role reversal has Bob staying home to assume the child-rearing and domestic duties.

Next thing you know, Helen is further recruited to subdue Screenslaver (Bill Wise), a pizza delivery guy-turned-hacker who has started hijacking people's computer screens. Might someone else be behind a wider diabolical plot to hypnotize all of humanity? If so, that might call for the rest of the Parrs to morph into their superhero alter egos and join the fight.

What ensues is another visually-captivating, dizzying delight for young and old alike. Pixar and Disney have done it again!