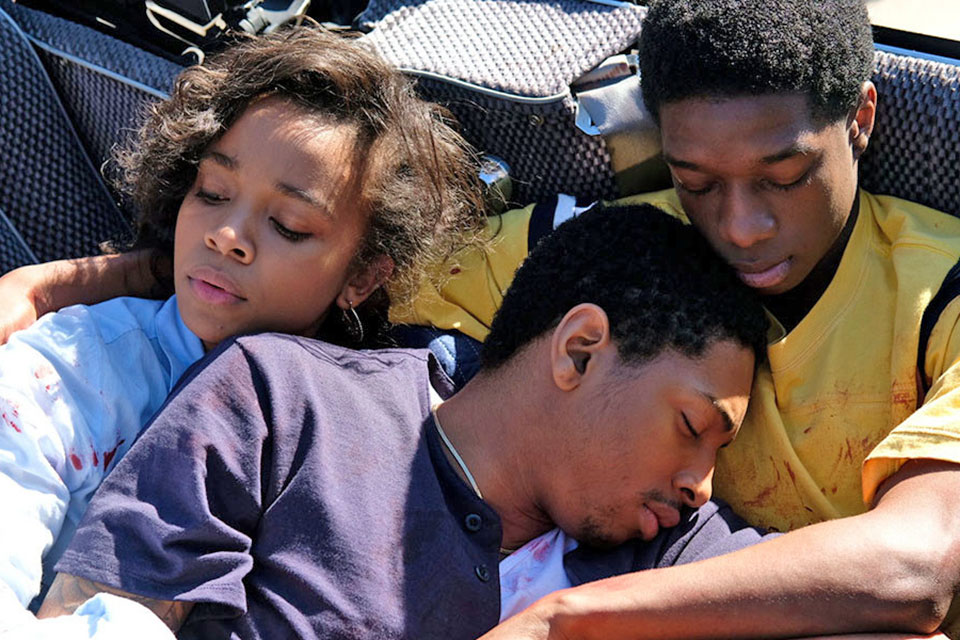 On March 3, 1991, five LAPD officers were caught on camera beating an unarmed Black man who had led them on a high-speed chase instead of pulling over as directed. That driver, Rodney King, suffered a broken ankle, a broken cheekbone, and numerous skull fractures and chipped teeth in the assault by billy clubs.

A year later, riots broke out all over South Central L.A. after a jury acquitted all the officers involved in the arrest. By the time the dust had settled a half-dozen days later, 63 people had died and thousands of businesses had been looted and burned to the ground, resulting in over a billion dollars in damages.

What was it like in the midst of the chaos and conflagration? That was the challenge accepted by Deniz Gamze Erguven in mounting “Kings,” a surreal saga chronicling a foster-mom's frantic search for her missing kids at the height of the Rodney King riots.

You may remember that the talented Turkish writer/director made a spectacular debut a couple of years ago with “Mustang,” a female-centric, coming-of-age adventure which landed an Oscar nomination in the Best Foreign Film category. “Kings” is just Erguven's second feature-length movie, and her first in English.

While the ambitious offering earns an A for the convincing way in which it recreates pandemonium, it only gets a C for coherency. For, the film unfolds less like a traditional narrative than a series of loosely-connected, impressionistic vignettes.

It stars Academy Award-winner Halle Berry (for “Monster's Ball”) as Millie Dunbar, an overworked single mom with eight foster kids. When civil unrest breaks out, she embarks on a quest to round them up with the help of her agoraphobic next-door neighbor, Obie, the last White guy living in the 'hood. The hunky shut-in, played by Daniel "007" Craig, summons up the courage to get out of the house for the sake of Millie's missing brood.

The plot thickens when the two are mistaken for looters by a gruff cop (Kirk Baltz) too overwhelmed by the situation to listen to any explanations. Millie and Obie end up handcuffed to each other which might not be entirely bad, since the close quarters affords them an opportunity to get better acquainted. So who knows, the old maid might even find a man in the midst of the mayhem.