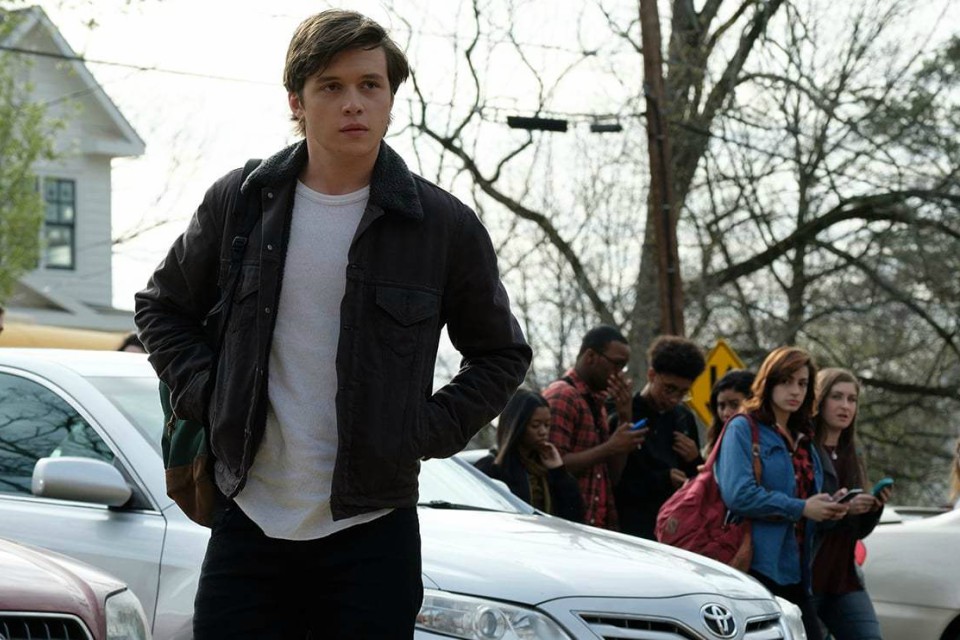 Simon Spier (Nick Robinson) would tell you himself that he's your typical teen except for the fact that he's hiding one huge secret. He's gay, but hasn't told either his parents (Josh Duhamel and Jennifer Garner) or his friends. He's even dated a cute, female classmate (Cassady McClincy) at Creekwood High to keep up the charade.

After all, he's well aware of the merciless teasing waiting for anybody brave enough to come out of the closet. That was the fate of Ethan (Clark Moore), a kid who's been bullied at the school ever since revealing his sexual orientation.

Simon maintains his sanity by anonymously visiting an LGBTQ-friendly blog where he's bonded with another gay student from Creekwood. First, they just serve as support for each other. However, over time their friendship blossoms into love. Trouble is, they're both using pseudonyms, and Simon has no idea who "Blue" is because the object of his affection is understandably hesitant to share his true identity.

The plot thickens the day Simon gets up from a school computer without closing out the website. The next user (Logan Miller) figures out that he's gay, and starts threatening to out him.

Initially, Simon tries to meet the blackmailer's demands, since he'd prefer to come out of the closet on his own terms. But that proves impossible, when creepy Martin loses his patience and turns his world turned upside-down by spilling the beans with the entire student body.

That is the vulnerable protagonist's awkward predicament in “Love, Simon,” the best gay-themed movie since “Call Me by Your Name,” which just won the Oscar for Best Adapted Screenplay. This relatively light adventure is also based on a novel, "Simon vs. the Homo Sapiens Agenda" by Becky Albertalli.

The picture was directed by Greg Nerlanti (“Life as We Know It”), who handles the delicate subjective matter oh so sensitively and sensibly. If this heartwarming teen-oriented bildungsroman is any indication of how Hollywood plans to handle homosexuality in the future, the culture has truly turned a corner in terms of teaching tolerance of sexual preferences.