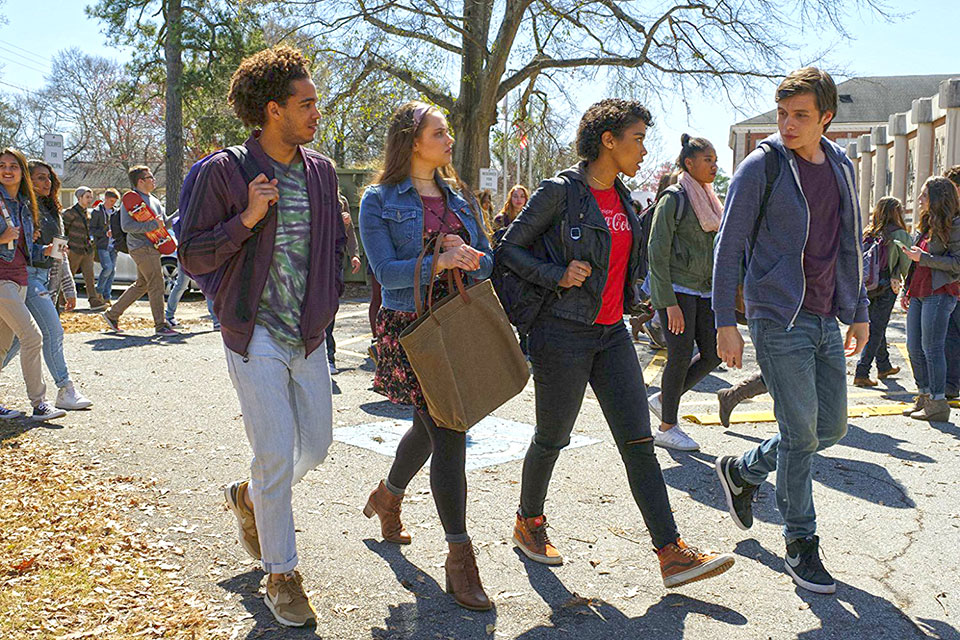 I Can Only Imagine (PG for mature themes and some violence) Faith-based docudrama chronicling the untold true story behind "I Can Only Imagine," the band MercyMe's double-platinum hit about the power of forgiveness which became the best-selling, contemporary Christian song of all time. With J. Michael Finley, Dennis Quaid, Trace Adkins, Priscilla Shirer and Cloris Leachman.

Tomb Raider (PG-13 for violence and some profanity) Alicia Vikander assumes the title role in this reboot of the action franchise which finds the acrobatic archaeologist embarking on a perilous journey in search of her explorer father (Dominic West) who went missing on a mysterious island off the coast of Japan. With Daniel Wu, Kristin Scott Thomas, Walton Goggins and Nick Frost.

Augie (Unrated) Inspirational biopic about fitness guru Augie Nieto who has been campaigning to find a cure for ALS since being diagnosed with the disease at the age of 47.

Maineland (Unrated) American Dream documentary about the enormous number of kids from China enrolling in private boarding schools all across America. (In Mandarin and English with subtitles)

Mantra: Sounds into Silence (Unrated) Spiritual documentary extolling the virtues of chanting as a path to inner peace.

Take Your Pills (Unrated) Investigative documentary exploring the popularity of performance-enhancing drugs like Adderall and Ritalin not just with hyperactive kids but with college students and Type A white-collar workers.