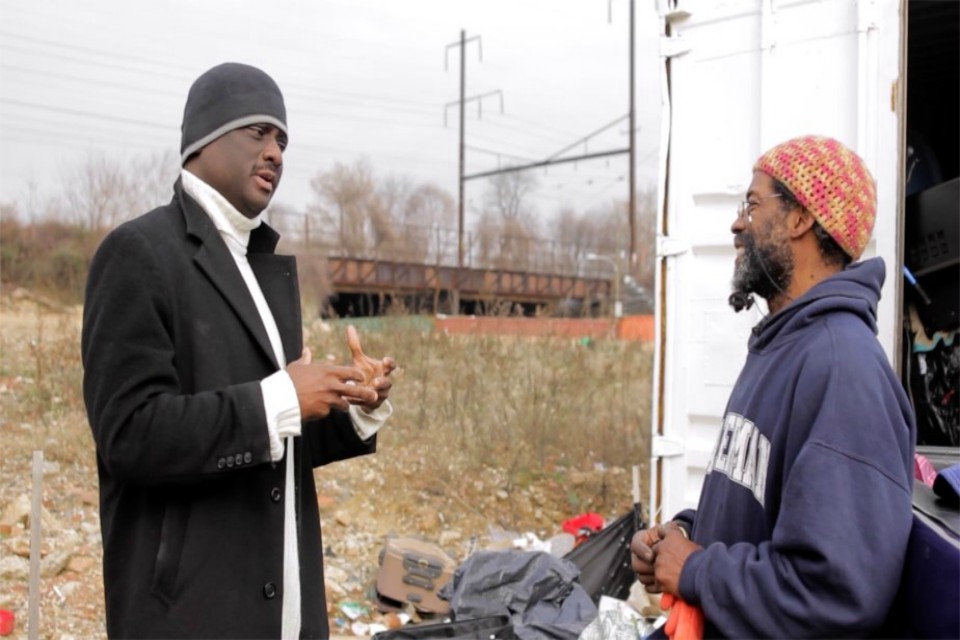 Today, there's a cultural consensus that the criminal justice system aggressively targets and imprisons African Americans. Might the family courts be just as racist and rigged against Black men? That is the question explored in thought-provoking fashion by “Where's Daddy?”, a sobering indictment of the child support system directed by Rel Dowdell (“Changing the Game”).

Rel does double duty here, moderating dozens of man-in-the-street interviews, a la Michael Moore, conducted with brothers and sisters embroiled in custody battles. His novel, in-your-face style isn't always comfortable, but it yields riveting raw footage ranging from bitterness about being locked up to tearful testimony about baby-mamas spending support payments on Mercedes and their hair instead of on their kids.

We learn that celebrities are not at all immune from child support woes. To wit, we hear from former Philadelphia Eagles receiver Arkansas Fred Barnett, journalist/author Mister Mann Frisby, comedian J'Vonne Peterson and rap artist Freeway. Again and again, someone recounts a nightmarish encounter where he felt treated as if guilty until proven innocent.

However, this informative documentary definitely takes an even-handed approach, with just as many criticisms being leveled at deadbeat dads as at money-grubbing moms. Regardless, the upshot is that many Black males find themselves dragged before judges quick to jail anyone delinquent or in arrears for child support.

Besides airing the diametrically-opposed opinions of plaintiffs and defendants, director Dowdell allows an array of experts to weigh in on the subject. Their insights are often more enlightening, if a little less passionate, as they are able to reflect without axes to grind. Among the luminaries making appearances are Yesha Ministries' Bishop James D. Robinson, clinical psychologist Dr. Kathleen Walls, Ph.D., and attorneys Jermaine Harris, Brian Gordon and Shanese Johnson.

Perhaps most poignant are the words of professor Joel Austin and physician Ralph Smith. The former describes what it was like to be handcuffed and shackled in front of his kids by sheriffs who arrived at 5 in the morning to arrest him. Meanwhile, the latter is inconsolable about being estranged from his son solely because of his ex-wife's vindictiveness.

A must-see exposé suggesting justice ain't blind, but rather inclined to dispense a color-coded brand of justice when it comes to child support.