Film Review: Call Me by Your Name 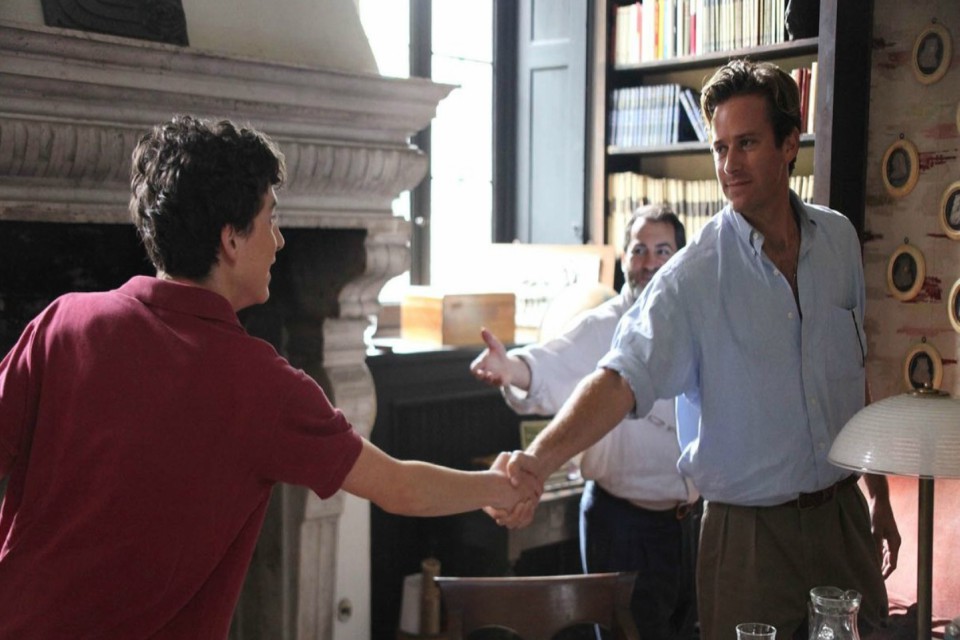 Dateline: Lombardy, 1983. 17-year-old Elio Perlman (Timothee Chalamet) is spending another summer in Northern Italy. Each year, Elio's dad (Michael Stuhlbarg), an archaeology professor, invites a different doctoral candidate to live with his family while serving as his research assistant.

This go-round, the lucky guest is Oliver (Armie Hammer) who happens to be both Jewish and gay. That's just fine with Elio, who's in the closet and dating a local girl (Esther Garrel) when the handsome hunk arrives at the villa.

But it isn't long before the curious lad starts sending out subtle signals which 24-year-old Oliver is quick to pick up on. Next thing you know, the two are spending long stretches of time together shamelessly flirting, whether swimming in the lake, canoodling at a cafe, or taking proverbial romantic walks along the shore.

So, despite the agonizingly-teasing, Kabuki dance of a courtship, there's never a question of whether they'll sleep together. Eventually, the relationship is consummated.during a midnight rendezvous, igniting the spark for a secret affair that will last for the balance of Oliver's stay.

Fair warning: the film never even addresses the questions of statutory rape likely to arise in the minds of many audience members, given today's hyper-sensitivity to sexual abuse issues. Nevertheless, this bittersweet bildungsroman deserves all the accolades it’s been showered with for its plausible portrayal of a gay teen apprehensive about sharing his sexual preference with his folks.

What makes the movie memorable is the very delicate and supportive manner in which Dr. Perlman handles his son's trepidations about coming out. This seminal offering in the gay drama genre features remarkable performances by Michael Stuhlbarg, Armie Hammer and Timothee Chalamet, who also plays the love interest in “Lady Bird.”

A visually-captivating exploration of sexual awakening in Lombardy!