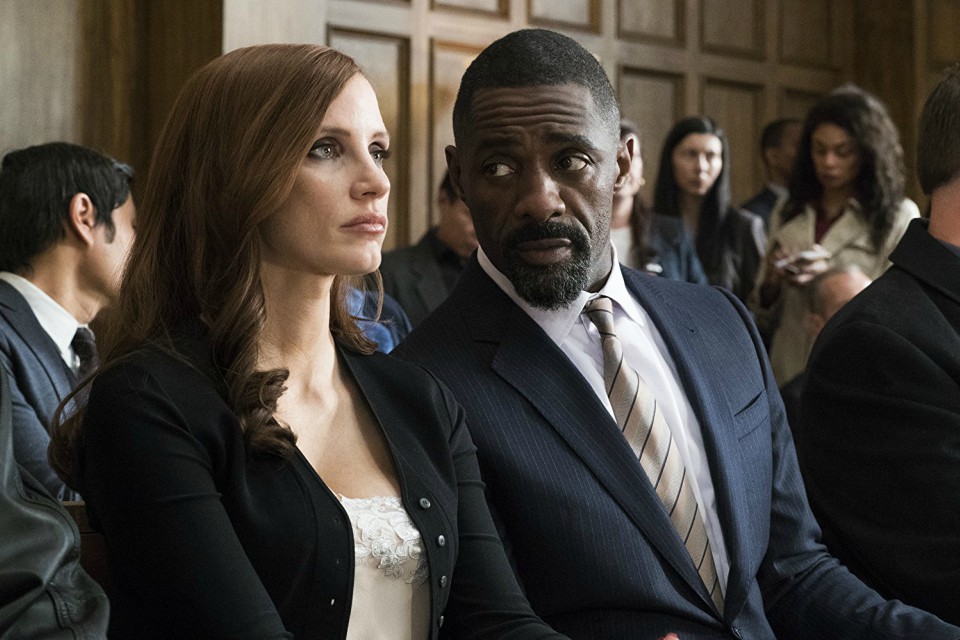 Molly Bloom (Jessica Chastain) was the third-ranked downhill skier in North America when her dream of representing the U.S. in the 2002 Winter Olympics was dashed by a crippling back injury suffered during a qualifying run. So, the multi-talented University of Colorado grad had a change of plans, and instead set her sights on law school.

Then, in the break before starting, Molly took a job in L.A. as a cocktail waitress. While working in the upscale bar, she was recruited by her abusive boss (Jeremy Strong) to help run his high-stakes, after-hours poker operation.

Molly had such a rare combination of brains and charm that she soon turned the game into a popular destination for not only professional athletes and Hollywood celebrities, but mobsters and titans of industry. Despite raking in millions, her management skills remained unappreciated and unrewarded by her ingrate of an employer.

Consequently, it wasn't long before she copied his Rolodex of high rollers and went into business for herself. Crafty enough to stay one step ahead of the authorities, Molly's floating card game flourished for about eight years.

However, crossing over to the wrong side of the law did eventually catch up with her. And on April 16, 2013, the FBI busted Molly, seized her assets and froze the $9 million in her bank accounts. Desperate, she retained the services of a leading defense attorney (Idris Elba) to help her avoid prison time.

Thus unfolds “Molly's Game,” a warts-and-all biopic based on Molly Bloom's 2014 memoir of the same name. The book was adapted to the screen by Oscar winner Aaron Sorkin (“The Social Network”), who also makes his directorial debut here.

I'm not sure how much of an appetite audiences have for crooked, female Winter Olympians, given that “I, Tonya” is also in theaters, but at least this one doesn't attempt to turn a felon into a saint. Yes, the picture's well-cast and scripted, yet it somehow adds up to less than its parts.

Even for a former world-class athlete, crime does not pay!

Rated R for profanity, drug use and some violence