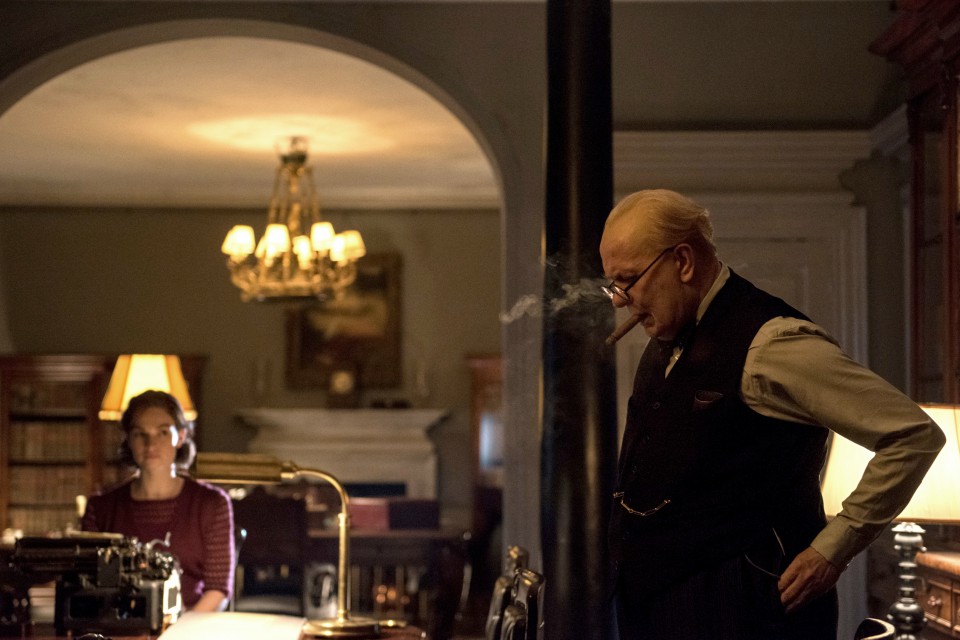 Curiously, “Darkest Hour” and “Dunkirk” basically cover the same ground, namely, Winston Churchill's (Gary Oldman) first month as Prime Minister of Great Britain. When he was sworn in on May 10, 1940, the country was at war with Germany which had already conquered most of Europe and was just starting to invade Belgium, France and the Netherlands.

Churchill's predecessor, Neville Chamberlain (Ronald Pickup) had unsuccessfully employed a diplomatic policy of appeasement which only served to embolden Hitler. And soon after entering office, Winston found himself facing a daunting task once the Nazis' blitzkrieg had broken through the Maginot Line.

Suddenly, the Allied forces were in full retreat, including hundreds of thousands of British soldiers. They were being driven to the sea, where they would be sitting ducks for the Luftwaffe.

Now, where Dunkirk focused on the evacuation of the troops by an impromptu flotilla of private citizens, Darkest Hour narrowly focuses on Churchill's leadership and oratory skills. After all, it was no mean feat to convince a woefully-equipped nation that it could successfully ramp up its defenses to take on the ravenous war machine practically on its doorstep.

Directed by Joe Wright (“Atonement”), “Darkest Hour” does a magnificent job of plumbing the depths of Churchill's psyche as well as recreating a number of his inspirational speeches, concluding with his historic "We shall never surrender!" address delivered to Parliament on June 4th.

Unfortunately, “Darkest Hour” pales in comparison to the visually-captivating “Dunkirk.” Too bad the introspective and action-oriented productions weren't spliced together. Nevertheless, Gary Oldman might finally win the Oscar that has long eluded him for his sterling portrayal of the British Bulldog.