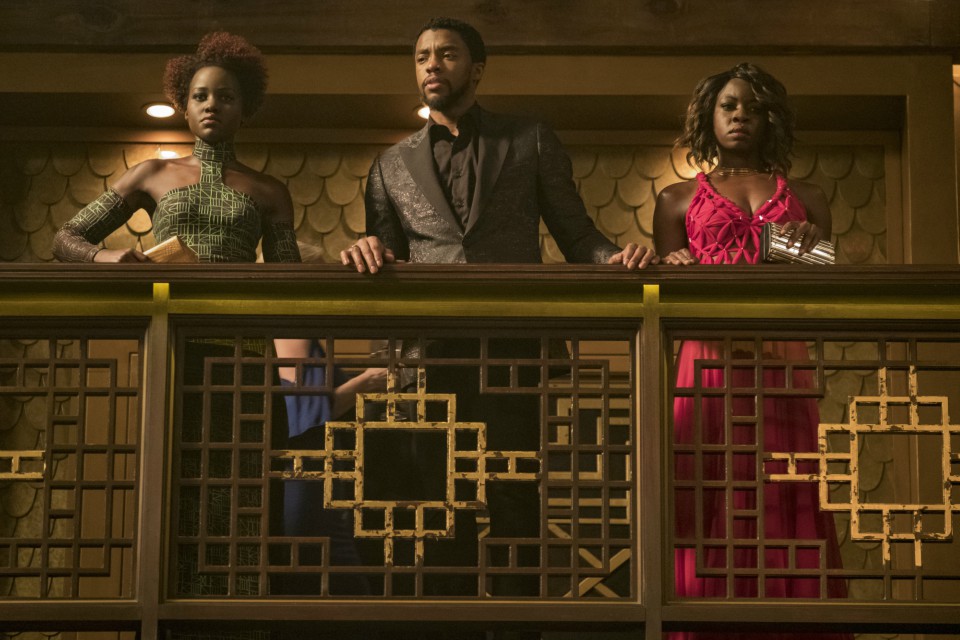 There's a Black Panther party going on all around the country.

"Black Panther" viewing parties are being scheduled around the country for its February release, smack dab in the middle of Black History Month. Clothing lines are being designed around the bright colors and Afrofuturism styles of Wakanda. And Grammy-winning rapper Kendrick Lamar was just named to produce the soundtrack.

And people are already calling the still-unseen movie one of the most important of 2018, despite the fact that the character that has only appeared once on the silver screen and until now, has not occupied the same pantheon as stalwarts like Superman, Batman and Spiderman.

But for some fans, none of that matters.

"As the father of two little Black boys I'm super excited to have a superhero that looks like them on screen," said Glen Greezy of New York City, who plans to hit Times Square and see the movie on opening weekend along with more than 900 of his friends on Facebook.

"Other superheroes are great and I see their movies too, but something about having a Black man as the main character in a superhero movie is extra appealing."

"Black Panther," starring Chadwick Boseman as the eponymous superhero, opens on Feb. 16, picking up the adventures of the newly crowned African king and superhero who debuted in 2016's "Captain America: Civil War."

Existing in the same shared universe as Iron Man, the Hulk, Captain America and Spiderman, the Panther, however, the Black Panther's adventures center around his futuristic hidden homeland of Wakanda, considered to be the most technologically advanced nation on Marvel's earth. In the new movie, T'Challa, the Black Panther's real name, must battle long-time adversaries with the aid of his all-female bodyguards and a CIA agent to maintain control of his country and prevent a world war.

For many people, the Black Panther movie isn't just a movie; it's a symbol of change.

"'Black Panther' is just going to be really special. ... I don't plug into film anticipation. But I can feel it. A lot of my friends have asked me to go to the premiere! Everyone in my network is excited about it, and you can feel it when they're not," Daniel Kaluuya, the "Get Out" star who also is featured in "Black Panther," told The Associated Press recently.

The internet explodes each time a new trailer, poster or piece of artwork debuts from the movie, sparking hashtags like #BlackPantherSoLit and #WelcometoWakanda. Twitter declared that Black Panther was one of the most tweeted-about movies of 2017, and the only movie on the list that hadn't premiered yet.

"Do we really have to wait until February!" lamented Elwood L. Robinson, chancellor of Winston-Salem State University in Winston-Salem, North Carolina, on Twitter while sporting a Black Panther T-shirt.

Groups like MALIK Fraternity Inc., the first collegiate fraternity founded on the concept of African fraternalism, in Charlotte, North Carolina and the Intentional Community Building Collective and Leaders of a Beautiful Struggle in Baltimore, are assembling discussion panels on the movie's themes.

Created by Stan Lee and Jack Kirby, the minds behind Spider-Man, the Fantastic Four and other Marvel comics, the Black Panther holds a unique position in comic book history. While not the first black comic book hero — the first Black character to headline his own comic book was Dell Comics' Western hero and gunfighter Lobo in 1965 — the Black Panther is considered the first Black superhero, introduced as a supporting character in Fantastic Four in 1966 and later featured in his own book.

There has been a renaissance with black superheroes on television as well. "Black Lightning" debuts on the CW on January 16 featuring an educator who gains electrical powers and becomes a superhero. "Luke Cage," a television show about a former convict with superhuman strength and unbreakable skin, premiered on Netflix in 2016 and will begin a second season later this year.

Cage debuted in a self-titled comic book "Luke Cage, Hero for Hire" in 1972 with an exaggerated Afro and a catchphrase "Sweet Christmas!" He was followed by Black Lightning in a DC comic book in 1977.

There have been other black superhero movies — Wesley Snipes starred as the vampire slayer Blade in one of the first Marvel movies, and Robert Townsend starred in a comedic parody of superheroes in "Meteor Man" — but their movies did not bring out the enthusiasm that the Black Panther is seeing.

"What is significant now, however, is that this age of convergence of film franchises with social media, a black superhero movie with an almost all-black cast conveys power, that we have arrived. It's evolution," said Christopher Chambers, a Georgetown University media studies professor.