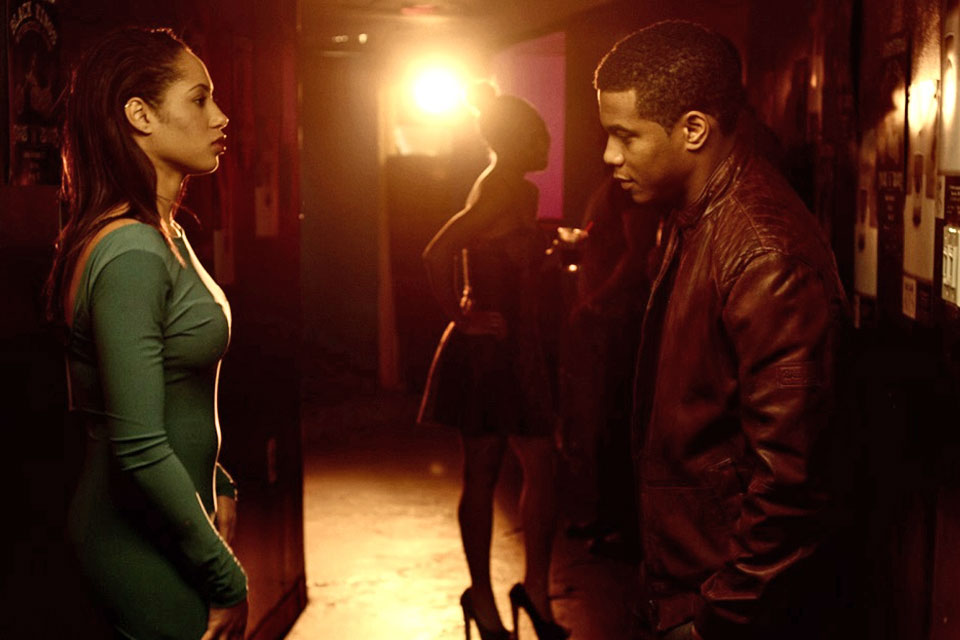 Born and raised in Chicago, Cory Hardrict immersed himself in the arts at an early age. His passion and talent led to an enviable and enduring movie and television career.

Here he talks about playing both lead roles in his new film, Destined, a coming-of-age saga revolving around alternate possible paths followed by a youngster trying to make it out of the ghetto. View the movie trailer below.

Kam Williams: Hi Cory, thanks for the interview.

Cory Hardrict: Thank you for having me, Kam. Let's do it!

CH: The material! Getting a chance to play two characters in a film was something I couldn't pass up on. Both worlds with two different meanings. Being able to show different sides to a story.

KW: How would you describe the film in 25 words or less?

CH: I would describe Destined as a groundbreaking, innovative slice-of-life adventure that reflect the times we live in now.

KW: The movie has two lead characters, Sheed and Rasheed, and you play them both. Was it hard playing people with such different personalities?

CH: The characters were shot like two separate films. But it still had its challenges grounding them. Living in such different worlds kept it simple and real.

KW: What was it like being directed by Qasim Basir, whose movie, Mooz-lum, received such critical acclaim?

CH: Working with Qasim was great. He's a calm director who loves the arts and has a great vision of what he wants to accomplish. He has a very bright future!

KW: How did you get along with Hill Harper, Zulay Henao and the rest of the cast?

CH: Hill Harper was awesome, and he’s such a positive guy. When he speaks, everyone listens, and you can take some key gems and apply them to your life. Zulay was cool to work with. She is passionate about her craft. The whole cast was wonderful, and I had great chemistry with Robert Christopher Riley who's an amazing actor.

KW: What message do you think people will take away from Destined?

CH: The message I hope people will take away would be that choices and decisions can make or break you. They can alter the next 30 years of your life.

CH: I haven't really given it much thought. But If I had to do one, it would be Scarface, set in Chicago, with me playing Tony Montana.

CH: I'm sorry I don't, but I love to watch whatever my son is watching.

CH: Playing football in the street with my friends, and swimming in creeks. The good old days!

CH: Yes, going to Catholic school which taught me at a early age the power of prayer.

CH: Just to help other. To be of service to people. I believe that's why we are here on this Earth.

CH: There is no difference. I wear sweats and a T-shirt everyday at home. On the carpet I just dress up. But same personality and all. At least with work, I get to tap into someone else for a bit.

CH: A God-fearing man who would risk it all for family and his beliefs.

CH: Pictures of family, credit cards, and an ID. No money, though. [LOL]

KW: Thanks again for the time, Cory, and best of luck with Destined.
CH: Thank you, Kam. I appreciate the interview.