Film Review: Cory Hardrict Stars as Both a Gangsta and an Architect in ‘Destined’ 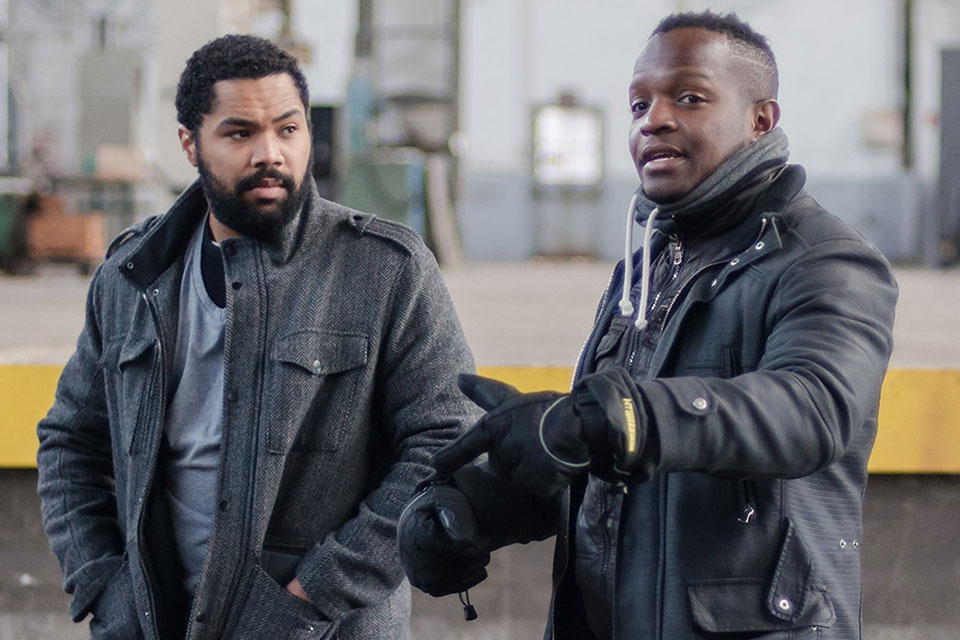 Sheed Smith (Cory Hardrict) is a drug dealer roaming Detroit's mean streets in a bloody turf war being waged in the 'hood where he was raised. Meanwhile, his doppelganger, Rasheed Smith (also Cory Hardrict), is an idealistic architect overseeing an urban renewal project designed to revitalize the same ghetto.

However, the two look-a-likes' paths never cross. That's because they exist in parallel universes. You see, Destined is one of those "What if?" affairs set in a couple of alternate realities. Thus, we are able to compare bad boy Sheed's fate to that of his straitlaced alter ego.

The picture was written and directed by Qasim Basir who made a spectacular directorial debut in 2010 with the relatively-moving Mooz-lum. This disappointing sophomore offering earns an A for ambition, if only a C for execution.

Cory Hardrict stars as both Sheed and Rasheed in a split screen saga that flits back and forth between storylines that never intersect. Unfortunately, neither plot is well enough developed to fully engage the viewer.

I suppose Basir was too in love with his bifurcated, sci-fi script to consider jettisoning one-half and fleshing out the other into a full-length feature. Instead, we're treated to a one-trick pony that repeatedly illustrates the diverging fates of a guy who kept his nose clean and that of an identical stranger who ventured to the dark side.

An amusing idea that runs out of steam not long after the premise is established.