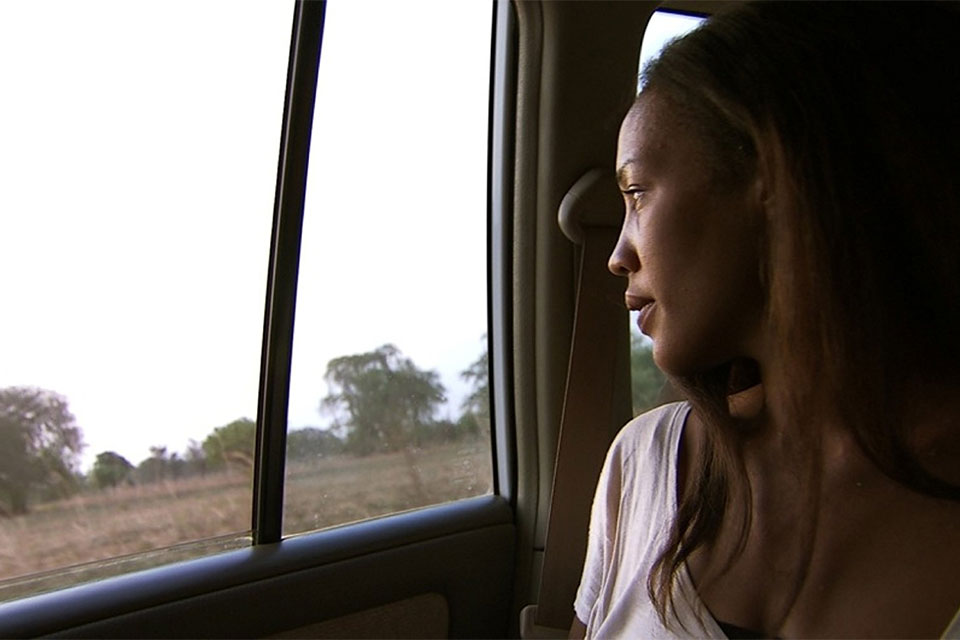 Maggie Betts is a native New Yorker and graduate of Princeton University. In 2011, she completed her first documentary, “The Carrier,” chronicling the plight of an HIV-positive pregnant woman in rural Zambia. After premiering at the Tribeca Film Festival, the film went on to play in numerous other locales on the festival circuit.

In 2014, Maggie finished her first short film, "Engram," about the romantic nature of memory. Here, she talks about writing and directing “Novitiate,” which marks her feature-length narrative debut.

Kam Williams: Hi Maggie. I'm honored to have this opportunity to speak with you.

Maggie Betts: Oh, thank you so much for wanting to speak with me, Kam. Actually, it's a pleasure.

KW: The movie's amazing. And congratulations on winning the breakthrough director award at Sundance.

MB: Thank you. Thanks a lot.

KW: What inspired you to write “Novitiate”? After all, it takes place before you were even born, in the ‘60s, during a period of upheaval in Catholicism because of the modernizing changes in the church as a result of the Second Ecumenical Council, better known as Vatican II.

MB: It was all sort of accidental.

About six years ago, I picked up this biography of Mother Teresa in an airport, just because I was curious about her. The book was really just a collection of letters she had written over the course of her life.

KW: They made it into a movie called “The Letters.”

MB: I haven't seen the movie yet, but I heard it's great. All the letters were focused on her love relationship with God. It was intense, powerful and, at times, completely debilitating, and at other times, completely uplifting. The book was truly a love story. I had never really conceptualized the fact that someone could have an intense and complicated love relationship with God. And I hadn't even known that nuns were married to God. So, just that one concept, which really moved me, inspired me to do lots and lots of research. I started reading memoirs by ex-nuns.

KW: I would guess they're pretty rare.

MB: No, there are way more than you would ever imagine. Most of the more popular ones were coming-of-age memoirs written by women who left right around the time of Vatican II. Initially, I was just curious about the lives of nuns, so I bought all these books. But then Vatican II emerged as an inescapable element of that history and that story, sort of like the result of the domino effect of the research.

KW: Well, the film certainly feels very authentic, as it offers such a rich and revealing look into this Sister Cathleen's life. It made me think it might be based on a real-life person.

MB: It took all the common elements out of 30 or 40 biographies. The nuns' individual stories are very different, yet there are certain themes that run throughout. So, I kinda compiled all these memoirs and created my own story from their common experiences by exploring the common themes.

KW: How did you manage to craft such a convincing tale?

MB: Although I didn't go through the training to become a nun back in the ‘60s, and I'm not even religious, there's something universal about that coming-of-age moment that's no different in this movie than it would be for a young woman who goes off to college or for a year-long trip to a foreign country. It's the age when you're sort of figuring out who you are. That's what transpires in this movie, and it just happens to take place in the context of a convent.

KW: What message do you hope people will take away from the film?

MB: I really just want people to come away from the film thinking, "These are really complicated women." I wanted to present an alternative to the one-dimensional images of nuns presented in pop culture. What I learned from my research was that they're incredibly fascinating women leading complicated lives. There's a whole canon of films that, as soon as you see a nun in a habit, has you conjuring up an image of someone who's really holy, or really mean. In truth, they're dynamic women with a whole range of emotions and personas. I'll never look at nuns the same way again. And when you realize how tough their lives were, your admiration for their commitment to their faith becomes undying. I do hope that people who see the film feel a deep admiration for this lost community of women which is pretty much dying out now.

KW: I certainly have them to thank for my excellent education from kindergarten through eighth grade.

MB: We don't credit their academic achievements enough. But it was really nuns who, from the turn of the 20th century, advanced the entire Catholic school system which, by the '50s and '60s, was the best private education you could get in this country. They were incredible educators and achievers. The parochial school system was pretty amazing.

KW: Editor/Legist Patricia Turnier says: Given that your latest film concerns women, I'd love to raise this issue with a female director: In 2010, at the Academy Awards, Kathryn Bigelow broke the glass ceiling with her movie, “The Hurt Locker.” She became the first woman in history to win an Academy Award for best director. The Canadian filmmaker Deepa Mehta had earned a best foreign language film Oscar nomination in 2007. Her movie, “Water,” which focused on women issues. What do you think it will take for female filmmakers to get greater recognition for projects focusing on women’s issues?

MB: Look, 52 or 53 percent of the population is women. So, first and foremost, women should support films made by women and movies with female narratives. If the Hollywood system sees that it can profit from female-centric stories, then they will start making more of them. There's a confusing belief that movies made by women for women about women aren't going to make money. But there's no basis for that thinking, and everything from “Bridesmaids” to “Wonder Woman” to “Girls Trip” keeps proving otherwise. Women just need to keep going to female-driven films to keep showing Hollywood that these are the pictures that we like.

KW: Patricia also says: I am from a generation that grew up with plenty of biracial people. “Beyond the Lights” was the first movie I saw where the main character of the film, an African American woman, had a White mother. I think we do not see enough diversity in movies. Do you have any desire to develop stories related to that in your future projects? If so, is there one in particular dear to your heart?

MB: Yes, I'm actually the product of a biracial marriage. The other project I considered before committing to “Novitiate” was “Loving.” I'm sure Patricia's familiar with it. [Director] Jeff Nichols ended up making a beautiful movie. Being biracial in this day and age, when you get to the topic of race, you really want to say something powerful. So, it's a subject that I'm really looking forward to dealing with, but it needs to be exactly right in terms of what I have to share, coming from my unique background.

MB: Yes, my mother's deeply religious. My dad's somewhat religious, too, but he didn't want to waste any time he had with his kids, since he worked really hard and only had the weekends with us. But going to church and being active in her religion was so important to my mom that I was well aware of her relationship with God. As a child, I interpreted it as her longing for this other person.

In a way, I made “Novitiate” for my mom, in order to investigate what that loss meant to her. Spirituality was a part of my life from very early on. I was always talking to God, even though I didn't go to church.

KW: Patricia wants to know whether “Novitiate” will be presented at any more film festivals with cast members in attendance?

MB: I know that we're showing the picture in quite a number of film festivals and that I'm going to one in Poland, but I don't actually have the answer to that question. If you pay attention to Sony Pictures Classics' Facebook page and website, you'll get some answers. They update them pretty regularly.

MB: I vaguely remember going to the circus and being so excited and happy when I was about 4. What I remember most about it was playing with this toy that had the Ringling Bros logo on it.

KW: Harriet Pakula-Teweles asks: Is there a classic film you'd like to remake?

MB: [Chuckles] Part of me was remaking my own version of “The Nun's Story” with Novitiate. It was one of my favorite movies growing up. As a kid, I was obsessed with Audrey Hepburn. I still am. She was my favorite. She was an icon I just fixated on. Halfway through writing “Novitiate,” I realized I was trying to write my own contemporary version of “The Nun's Story.” [Laughs some more] But I don't think there's a classic film I'd like to remake because I love the originals so much. What I like about a film the most is the director's vision and viewpoint, which is better than anyone else could do, because it's so specific to them.

MB: Well, there's some money, not much, my driver's license, a lot of business cards, and that's it.

KW: Thanks again for the time, Maggie, and I hope to get you on the phone again soon, because I have a lot more questions for you.

MB: Any time, Kam. You know where to find me. Thanks.