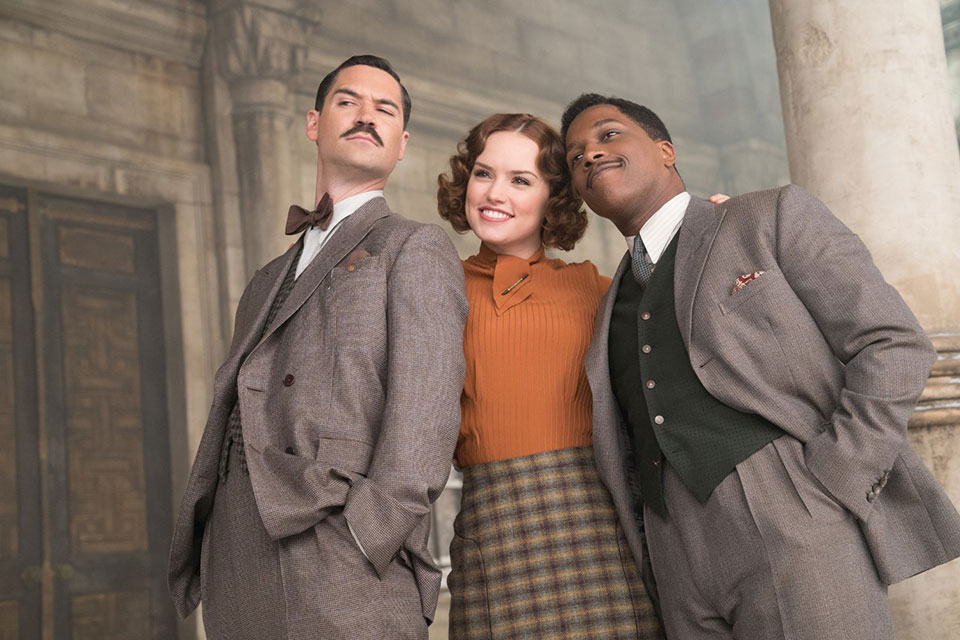 Daddy's Home 2 (PG-13 for profanity and some suggestive material) Mark Wahlberg and Will Ferrell reprise their roles as a father and stepfather, respectively, in this sequel which now finds the two competing for their kids' affections at Christmastime. With John Lithgow, Mel Gibson, John Cena and Linda Cardellini.

Murder on the Orient Express (PG-13 for violence and mature themes) Director Kenneth Branagh also stars as the legendary Inspector Poirot in this adaptation of Agatha Christie's classic whodunit revolving around 13 strangers stranded on train with a killer in their midst. A-List cast includes Oscar-winners Judi Dench and Penelope Cruz, as well as nominees Michelle Pfeiifer, Willem Dafoe, Johnny Depp and Branagh.

Flesh and Blood (Unrated) Mark Webber wrote, directed and stars in the autobiographical mockumentary in which the characters are played by actual members of his family.

No Greater Love (Unrated) Afghan War documentary examining the effect of combat on soldiers' as captured on camera by a chaplain (Justin Roberts) embedded with an infantry regiment deployed to Kunar Province.

Thelma (Unrated) Eili Harboe plays the title character in this Scandinavian suspense thriller, set in Oslo, about a college freshman who discovers she has dangerous superpowers when she falls in love with a classmate (Kaya Wilkins). With Ellen Dorrit Petersen, Henrik Rafaelsen and Camilla Belsvik. (In Norwegian with subtitles)