Danielle Bainbridge Explains the Origin of Everything on PBS 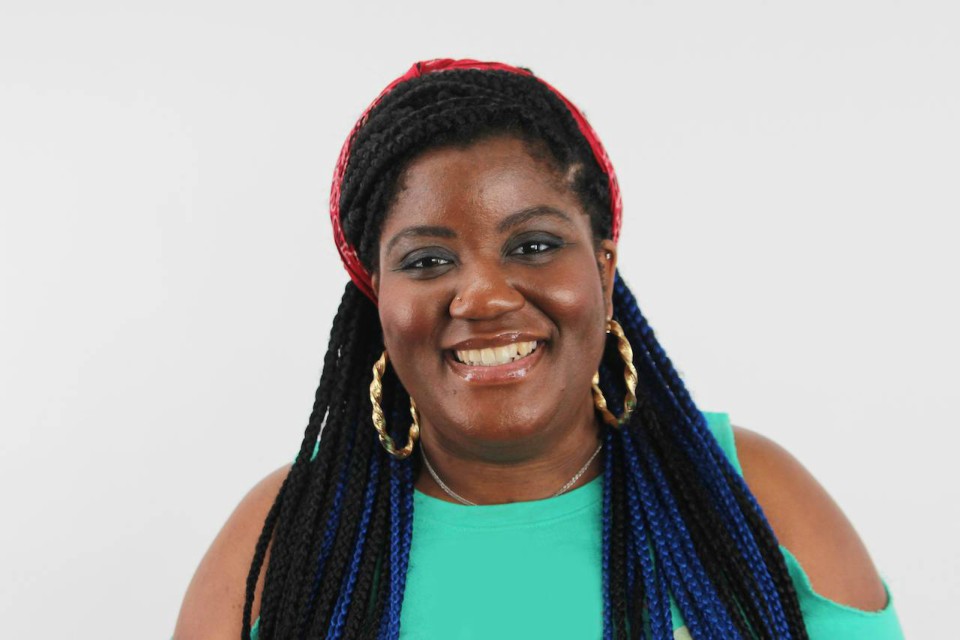 Have you ever wondered about the true origins of free speech, hashtags, healthcare and robots? As the host of PBS’s new digital series, “Origin of Everything,” rising star Danielle Bainbridge unpacks the stories behind little-known histories.

Produced by Kornhaber Brown and uploaded weekly to YouTube and Facebook, the series explains how all aspects of modern life emerge from the past. Each show of “Origin of Everything” tackles a different subject in less than 10 minutes.

Researched, written and presented by Bainbridge – a doctoral candidate at Yale – the series uses humor and inventive storytelling to enliven history. From her home in New York City, Bainbridge spoke to The Skanner on how to illustrate the past by asking the critical questions. This interview has been edited for space and clarity.

The Skanner News: In your own words, how would you describe “ORIGIN OF EVERYTHING”?

Danielle Bainbridge: I think the show is really an intersection of educational television and entertainment for people who have curious minds and want to know more about unexpected histories. We try to present a lot of information and research every episode – and we try to pack in everything that we can. But I think it’s also skewed towards giving people shorter and more condensed histories so that they’ll be encouraged to look things up on their own later. So it’s an unexpected take on an unexpected topic.

We get a lot of feedback from high school teachers, but I’ve also gotten messages from college professors who use the videos in class. And then I also have a number of fans who say, “I’m a retiree and watch these because I want to keep my mind active.” It turns out our demographic is very wide open. It’s PBS, so all the episodes are kid-friendly. It’s definitely content that you can feel free and happy to watch with your entire family.

TSN: How did this hosting opportunity present itself to you?

DB: The producers at Kornhaber Brown had proposed a show to PBS Digital Studios and they were looking for an historian to fill another type of programming, similar to the other educational programs they already do for PBS. I publish other creative projects and I had my CV online. So I got a call from a woman who was organizing casting for them and she asked if I would be interested in coming in to talk. Over the course of several weeks I was doing interviews and had a screen test, and I got to know the producers better. We got along really well, which was encouraging. Then on my birthday, I got an email in the middle of a lecture, while I was trying to focus on my students. It popped up and said, “We want to hire you!” And I thought, yes, birthday win!

TSN: Do you have much experience in television presenting?

DB: It’s a funny story. I’m actually a theater major (laughs). That’s the big reveal that people don’t know. I was a theater undergrad major and I was on the speech and debate team when I was a kid, starting at about age 11. So being able to be onstage and collaborate with other people helped me develop those public speaking skills. But I was also a shy and reserved bookish child who liked to read about history. I also didn’t have any broadcast experience before this. So when this opportunity came around I realized the biggest thing to get used to is doing things more than once. Talking to a camera is a little different, it’s not a human, but it has similar implications.

TSN: You’re currently pursuing a PhD in African American Studies and American Studies as well as a certificate in Women’s Gender and Sexuality Studies at Yale University. Do your studies pertain to or help inform the subject matter of “Origin of Everything”?

DB: I think definitely. The producers and me will come together and think through ideas for the show and collaboratively pick up something. It usually has to be a question that I have to answer. All of the same skills that I apply in my own academic research and in my dissertation, I apply to every episode when I’m researching and writing it. I think my own sensibilities are definitely evident in the way that I approach a topic or in the ideas that I bring to it.

I’m always interested in thinking about not just the straight forward answer, because I think so often we present history as a static, narrow path that everyone has to think exactly the same way about. In actuality, history is extremely political, it’s very subjective, there’s always a way in which your own politics impact the way you decide to tell that story. So I think making that evident to audience members is always important to me, rather than just saying – these are the facts and nothing but the facts. I think it’s important to say – this is a conversation, it’s a debate that we’re going to have with each other. If you don’t agree with this, or you think something different, or you have something to add, put it in the comments and I’ll respond to you. I think that sensibility is very much something I’ve learned in doing my own research.

TSN: The series has only been up and running for less than two months. But so far, what are some of your favorite origin stories?

DB: I was really excited about the Columbus episode, because I not only study African American history, but also Caribbean history. I think it was important to me to try to bring in more of a global perspective. So that was exciting to me because it was our first chance to do something that was not explicitly U.S.-based.